GeneaBloggers is up for sale 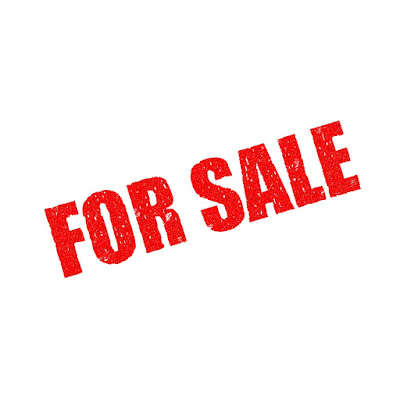 No, my blog is not for sale, but GeneaBloggers.com is for sale. For the past couple of years or so I have been commenting on the movement of the genealogical blogging community and bloggers in general to social networking sites, mostly on Facebook.com. One of the best know bloggers, Thomas MacEntee is now moving from blogging and has put his blog up for sale. You can read about the sale and the new websites he is developing in a post entitled, "Major Changes At GeneaBloggers.Com."

Thomas does make the following observation:

Over the past two years I have been able to document a notable decline in genealogy blog traffic while at the same time a greater increase in social media traffic by genealogists and family historians. Here is what the data tells me:


He makes some additional comments you may wish to read also.

Some of you out there probably realize that all of my blog posts are re-posted to Facebook.com, Google+ and Twitter.com to name a few of the social networking websites I use to broadcast my posts. When I first mentioned the dramatic move of bloggers to social networking, as I have mentioned before, I got a huge blow back from the genealogical community. Since that time the trending move to social networking, primarily Facebook, has continued unabated. However, as I very recently noted, genealogy blogging is not dead. Facebook and especially Twitter are very limiting venues. I am not going to have my writing reduced to sound bites and lost among the cats and dogs.

There is a vast difference between carrying on a conversation with the world and merely waving a placard or sign. Signs are for freeways. I work in and practically live in a library.  When I go on vacation, I visit libraries and museums. I may end up being the last non-commercial blogger in the world, but so what? I have also co-authored over 25 printed books over the past two years. I think that indicates that I choose substance over fluff.

If you want to know what is going on in the larger world of genealogy, then stay tuned. I will keep writing until they carry me away to the funny farm.
Posted by James Tanner at 6:47 AM