Can I use a smartphone or a camera to digitize photos?

For some time now I have been experimenting with using a camera to digitize photos. Digital cameras are extraordinarily faster than flatbed scanners but the quality has never been acceptable. I have new cameras and two new scanners so now I am back to making the comparison. In each of the following examples I have nothing to enhance the photo other than to set the scanner settings. The scanners are set to 400 dpi and either color or grayscale. I prefer color in order to get the most faithful digitization.  But grayscale will also work. What I am looking for here is a comparison of the scanners at 400 dpi and the cameras at their normal setting and megapixel count. For this test, it does not matter whether the photos are saved as tiff or jpeg files, but I take all of my professional level photos in Camera RAW and so I have converted the images to jpegs from Camera RAW. The scanned images were scanned as tiffs and then saved as jpegs at maximum quality.

In each of the cases, I have taken a portion of the photo and enlarged it in Photoshop CS5 at 400%. The image here in this post was captured at that higher resolution in Skitch, a screen capture program.

First here is the scan of the old photograph of a sports team scanned with an Epson Perfection V500 Photo scanner: 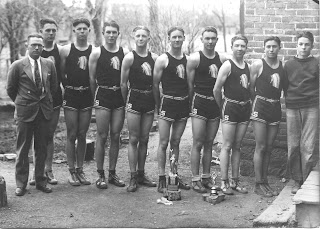 The next scan is the Canon Canoscan 8800F, same photo same default settings: 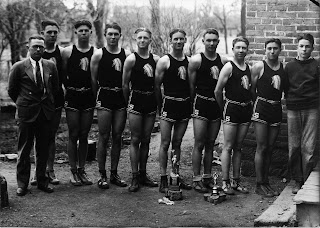 Neither photo was at all adjusted for exposure or any other Photoshop manipulations. Both photos could stand some changes, but that is another story.

OK, here we go with the photos from the cameras. First, my new iPhone 4S with its 8 Megapixel camera. The hardest part of taking a picture of a picture is avoiding reflections. If you use the camera's flash, you will almost always get an overexposed hot spot on the image. I took the photo in subdued light to avoid reflections off of the surface of the photo.  Let's see what that looks like: 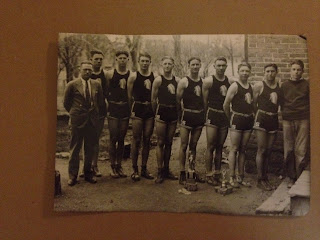 I put the photo on a piece of cardboard for a plain background. It was difficult to hold the camera steady and if I were actually thinking of using the camera to digitize photos, I would work out some kind of camera stand. I decided to pull the photo into Camera RAW and edit the exposure. Here is the edited photo with the exposure and clarity adjusted: 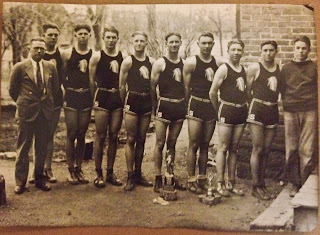 Without even going through the process of enlarging a portion of the photos, you can see there is a difference in resolution and clarity. So far the iPhone might work in a pinch, but I wouldn't use it to duplicate photos for my photo archive. Here is a spot enlargement of the Canon Scanned image at 200% in a screen shot from Photoshop: 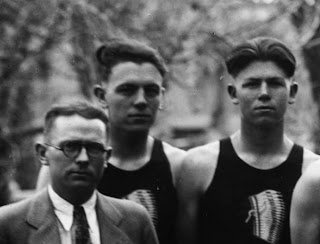 Here is approximately the same portion of the image from the iPhone photo at the same 200% enlargement: 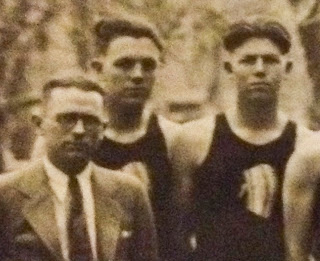 You can see the obvious difference in detail. How about using a super camera with a super lens, a Canon D5 with an L-series lens? Here the same problems occurs with any photograph of a photograph, hot spots and keeping the camera steady. I didn't use a camera stand for these pictures but I normally do have and use a camera stand. Hot spots are still an issue:

Here is the first try at the whole photo: 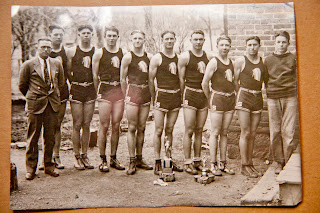 Hmm. Certainly looks better than the much, much cheaper iPhone 8 Megapixel camera. The D5's 21.5 Megapixels are an improvement. There are hot spots over the heads of the team members but over all the photo is pretty close to the Canon scanner. To get the same area of the picture, because of the huge increase in resolution, I had to cut the enlargement down to 100%. Let's take a look at the enlargement at 100%: 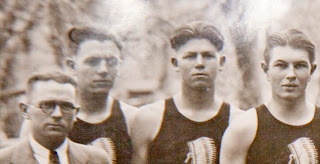 Very difficult. This might be slightly better than the flat bed scanner (at more than 10x the cost). The quality is very close.

Now, back to reality. A high quality flat bed scanner might cost $200. A Canon D5 with an L-series lens will cost more than 15 times that much. But if you happen to have the camera and can solve the problem with hot spots, you may as well use your high end camera to digitize your photos. What about the 8 MP iPhone? It will work in a pinch but don't expect quality reproduction.

I really need to spend more time working on this issue. If the digital camera has now reached the level of detail of a flat bed scanner, the camera is much, much faster. I will keep you posted on developments.