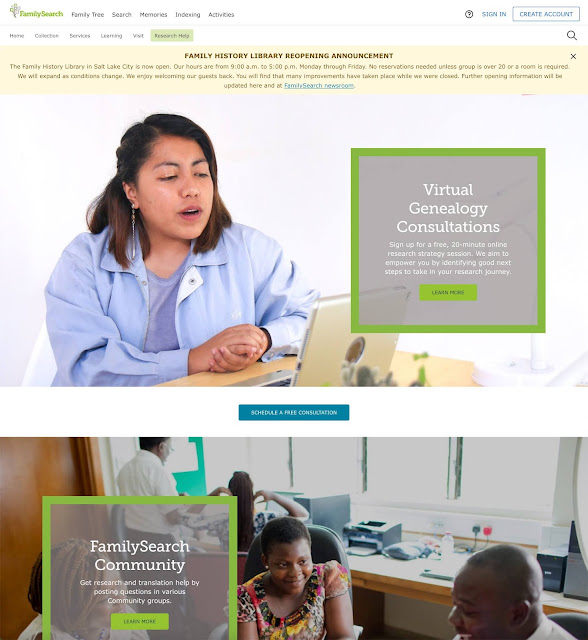 Since RootsTech in February 2021, I have been volunteering for Virtual Genealogy Consultations. I schedule the consultations during two two-hour blocks during my week. The consultations last twenty minutes each and there is a break of ten minutes between consultations so I can schedule eight individual consultations each week. If I cannot be available the scheduling program allows me to block out those times. During the initial experience at RootsTech, I was scheduled for four hours every day from Monday until Saturday. I can say that this was an intense experience. Almost all of these consultations are in Spanish.
As the weeks have past by, I have seen a pattern emerging. Most of those people researching their ancestors in Argentina and other countries are searching for their ancestral roots. They are trying to identify their first immigrant ancestor. Almost all these immigrants came either from Italy or Spain during migrations that were instigated by wars or other disruptions. These facts simplify my responses. Most of the researchers do not know where exactly their ancestors came from in either Italy or Spain and those that do cannot either find or access the records they need to do further research. Sometimes, the amount of time and effort these people have expended in searching is remarkable.
Another observation is that almost uniformly they have superior computer skills although many of them are using a smartphone rather than a computer. They are challenged by the closure of the FamilySearch Family History Centers due to the pandemic because some of them depend on the centers for computer access and many others are prevented from doing their research by the restrictions imposed by FamilySearch on the records. These restrictions are at the core of the problems these willing researchers face in trying to connect their ancestral lines. Presently, almost all the records on the FamilySearch.org website for the entire countries of Italy, Spain, Argentina, Uruguay and many other countries are restricted to viewing in the closed down Family History Centers. I have never received an adequate answer as to why so many of these records are restricted.
Fundamentally, the researchers face the loss of contact with relatives and the subsequent loss of any personal family records that show the origin of the first immigrants. The records kept in Argentina and other countries are insufficient to identify the exact origin and usually all the records state is that the person came from Italy. The common issue with researching immigrant ancestors leads us to suggest that research start in the country of arrival not the country of origin. But with these researchers, extensive research into the available records in their own countries does not help the process.
Subsequently, I usually end up suggesting to the researchers that they try DNA testing with a copy such as MyHeritage.com that has an extensive database of people in Europe. The hope here is that the researchers will connect with potential family members in Italy or Spain.
Many times, these short twenty minute consultations are not long enough to fully develop a research plan for the patrons. This often ends up with me continuing contact by email or through the Brigham Young University Family History Library Virtual Family History Help Portal.
Being online and having a virtually unlimited pool of researchers who need assistance has transformed my contact with individual researchers. Rather than sit in the library and wait for patrons, I can now reach out and talk to many more people individually every week. After spending the last nearly 40 years doing my own genealogical research and working in both the Mesa, Arizona FamilySearch Library and the Brigham Young University Family History Library for the past nearly 18 years, I appreciate the opportunity to talk to people one-on-one, instead of spending so much time writing, doing webinars, and teaching classes. Not that I am going to stop doing what I have over the past years, but I am going to balance the time I spend in each.
Posted by James Tanner at 7:52 AM