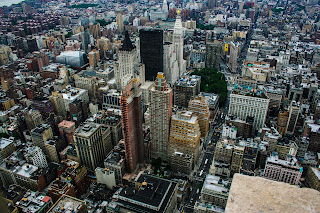 Genealogy is a not just an interesting pastime, for a few, it is a serious business and for a very few large organization and corporations, it is a big business. In addition to the individuals who consider themselves to be "professional genealogists or researchers" there are a large number of genealogy companies providing everything from research services to genealogical wall charts. This market is by no means as significant as something such as camping equipment or sports memorabilia, but it is there none the less.

If you look at the current list of exhibitors at a major genealogical conference, the vendors fall into a number of different categories. Take RootsTech.org 2013 as an example. The conference is still, at this writing, a few months away, but they already have the following companies or organizations announced as sponsors:


These are just the presently announced sponsors, the exhibit floor will have many, many more vendors. The Rootstech.org conference is presented by FamilySearch.org.

If you look at various conferences, you will see some additional vendors who have acted as sponsors. For example, the recent Federation of Genealogica Society conference in Birmingham, Alabama was sponsored by the following, with some overlap with RootsTech obviously:

Some of the listed sponsors above sell products, such as RootsMagic.com and Dell.com, others sell products in combination with online services, such as Ancestry.com, still others sell online services, such as Mocavo.com. Still others are selling memberships and members' services such as the Federation of Genealogical Societies. Some of these organizations provide extensive "free" services such as FamilySearch.org. Whatever they are "selling" they are also providing services to the genealogical community by sponsoring the classes and workshops in a conference.

As a side note, the conspiracy theorists who think that FamilySearch.org or Ancestry.com control or own everybody and everything or think that they are all owned by Ancestry.com or that Ancestry.com is owned by FamilySearch are just being silly. Although some of these organizations cooperate with each other,  For the most part, they are independent competitors in the marketplace. I say "for the most part" because that gets me back to the theme of these posts. Who owns who and how are they related?

In the above list, for example, Ancestry.com owns Archives.com. So even though they are listed as separate sponsors, they are really the same entity.

It is really difficult to get an idea of the size of the genealogy market because there is no adequate definition of a genealogist. Back in 2011, there was an article called Genealogy: Expanding the family tree in the Deseret News, that took a stab at estimating the size of the market. But since that article was written many of the statistics and some of the entities have changed. The real question is whether or not watching a television program qualifies you as interested in genealogy although paying a subscription price to Ancestry.com is a good indicator.

Look for the next installment of this series. I will be taking some time off for medical reasons this next week or so.