Most of the United States of America was settled by the method of distributing "public lands" called homesteading. When President Abraham Lincoln signed the first homestead law into effect in 1862, the land rush started and did not end until the last lands were distributed in 1976. There have been, at least, seven major pieces of legislation dealing with the distribution of Federal lands. See Wikipedia: Homestead Acts.  For a list of the primary documents dealing with Homestead and links to their location, see The Library of Congress, Web Guides, Homestead Act.

For genealogists, any ancestor who moved to one of the homestead or Federal Land states during the time homesteading was allowed, may have moved to obtain land. The Federal Land States were those in the United States for which ownership is claimed by the U.S. federal government, pursuant to Article Four, section 3, clause 2 of the United States Constitution. Such lands were considered to be in the "public domain." The State Land States were those who owned and could sell their own land.

Here is a copy of my Great-grandfather's land patent from his homestead of 320 acres in Northern Arizona from 1927. 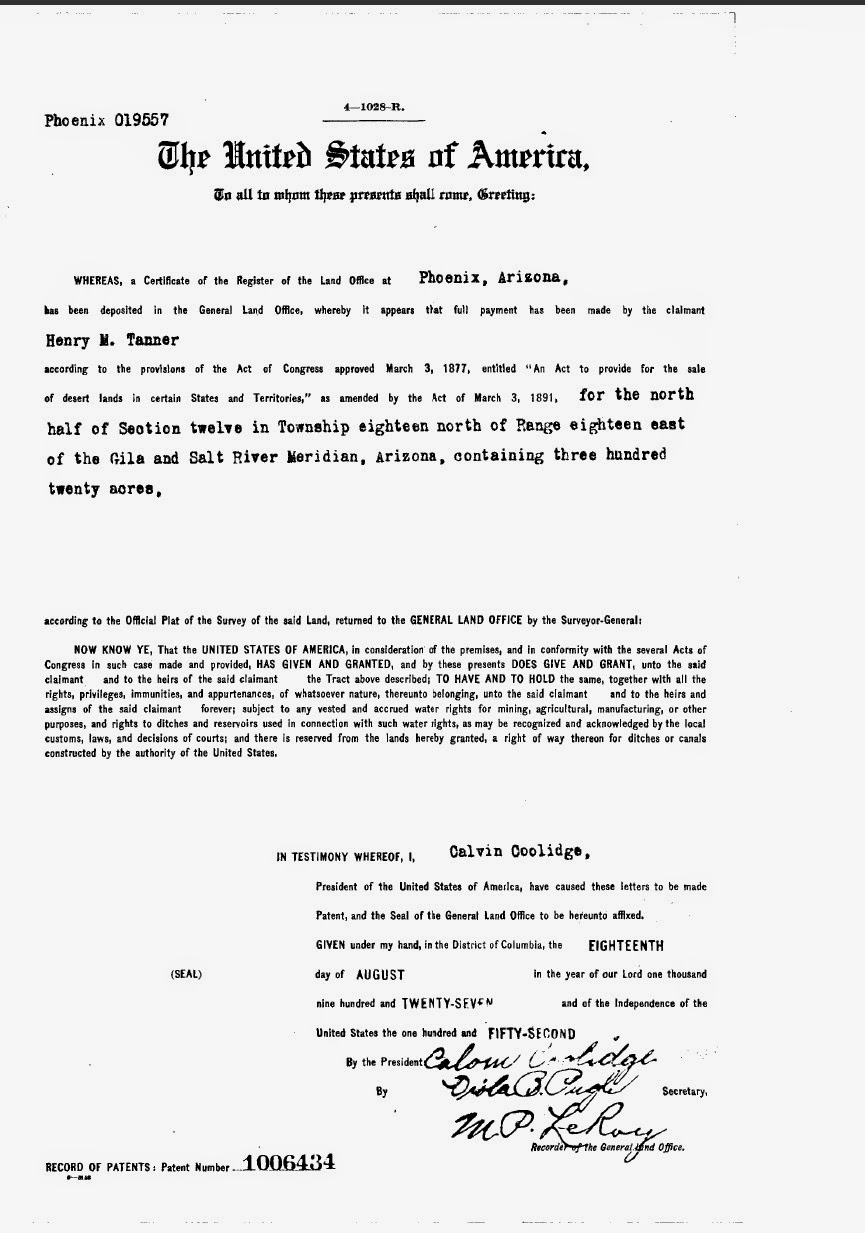 The Homestead process creates a number of documents, most of which are available either from the U.S. National Archives or from the Bureau of Land Management. Here are some samples

This is a sample Homestead Application. You may be able to find more information in some applications and less in others.

This is a Proof of Improvements. The person claiming a homestead was required to make improvements to the property. The number and value of the improvements changed over the years.

You can see an example of a Land Patent, issued when the process of obtaining the land was complete, at the beginning of this post. Begin your search for your ancestor's homestead at the website ofr the U.S. Department of the Interior, Bureau of Land Management, General Land Office (GLO) Records.

Here are the earlier posts in this series and others on real property so far:

Email ThisBlogThis!Share to TwitterShare to FacebookShare to Pinterest
Labels: Land and Property