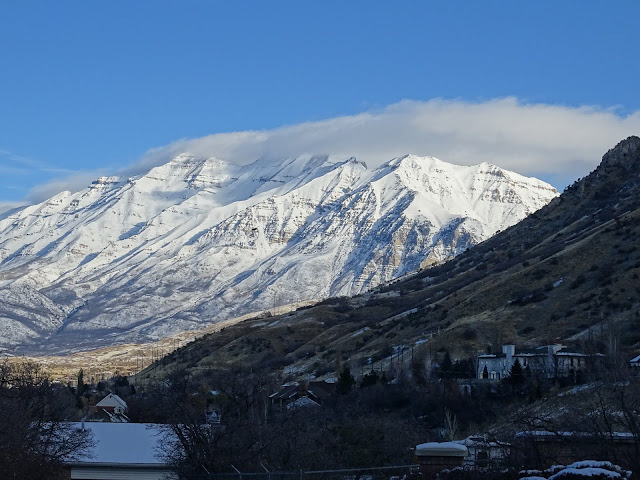 This post is a departure from my usual topics but I am concerned and need to publicize the issues. The above view of Mount Timpanogos was taken from my front yard. My house is very near to the mouth of the prominent canyon, called Rock Canyon, just above the Provo, Utah Temple of The Church of Jesus Christ of Latter-day Saints and visible from the Brigham Young University Campus. A prominent cliff at the mouth of the canyon is called Squaw Peak. As you can see from the photo above, there are houses built up the side of the mountain. The main access to Rock Canyon, a very popular recreational area for hikers and climbers, is along 2300 North in Provo.

When you look at the above photo, you are looking across a 5+ acre parcel of land that is adjacent to Rock Canyon and is located along 2300 North. By the way, the famous Wasatch Earthquake Fault crosses the property. Here is a Google Map of the area. You can see the 5-acre parcel where the red arrow points. The parcel is adjacent to the Wasatch National Forest. 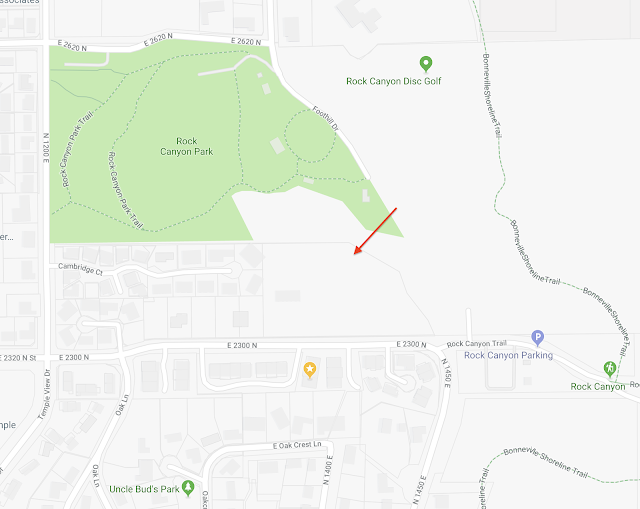 A short time ago, those of us in the immediate neighborhood found out that this parcel was privately owned. Apparently, for a number of years, the parcel has been used by the Forest Service. We learned that the property was going to be developed. Since I am presently in Annapolis, Maryland working at the Maryland State Archives digitizing records, I have not been able to personally attend any of the meetings held by the Provo City agencies about the proposed development.

This area has a long history of proposed developments. See the Rock Canyon Preservation Alliance. Apparently, the Alliance was involved in the development of the subdivision where I now live.

I was notified that after several meetings, the latest proposal for the development of the property includes a structure that will be 40 feet high on the property i.e. four stories. At the last meeting, the building was supposed to be for storage of recreational equipment. Provo City has a very spotted reputation for approving strange exceptions to their zoning laws as witnessed by the apartment building on 9th East and 7th North in Provo.

I have contacted the Rock Canyon Preservation Alliance and some of the homeowners in the area have been attending the meetings, but there does not seem to be much publicity or general interest in a project that could adversely affect this heavily used area.

So, I now turn to my main outlet for communicating with the world. If you live to the west of the proposed property, your view of the Canyon is about to be blocked. Also, if you use Rock Canyon for recreational purposes, the additional development with the large highrise building may impact the already congested area at the mouth of the canyon. Anyone out there who wants to know what is going on? I would be glad to help once I get back to Provo. Do we really need a four-story building at the mouth of the canyon?

Here is a Google streetview of the property from 2300 North. 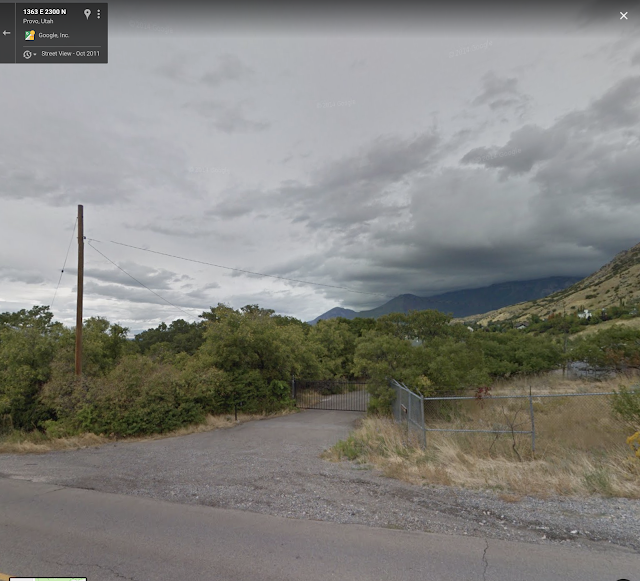 Here is another view looking up 2300 North towards the canyon from the same point. 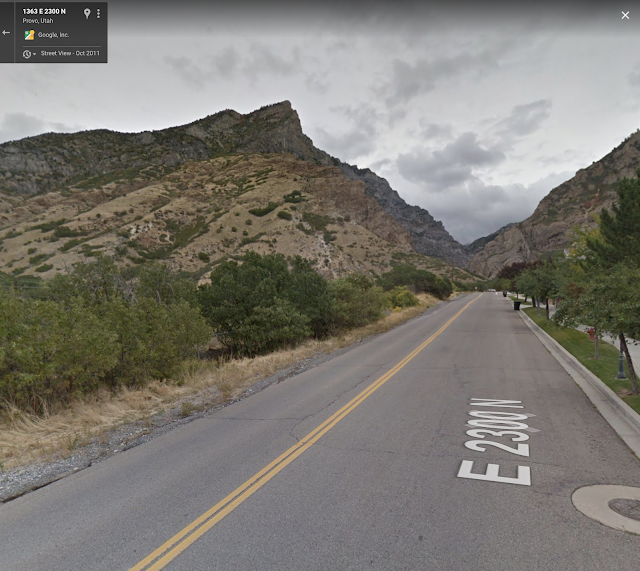