Why are there so many changes to Elizabeth Walker? 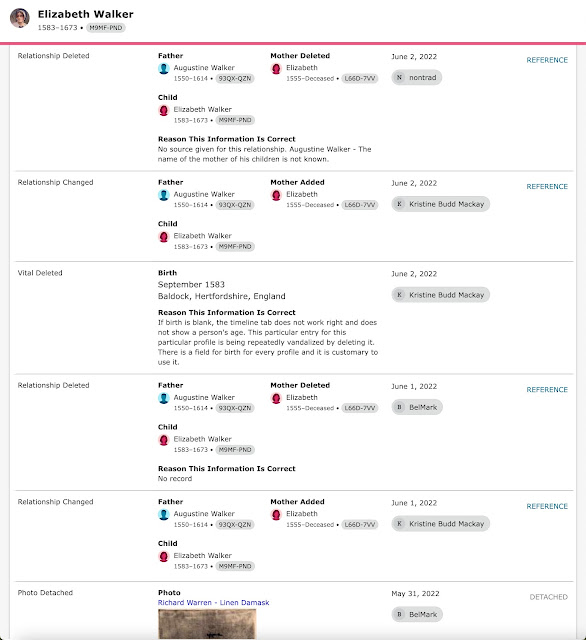 Elizabeth Walker (b. 1583 - d. 1673) ID# M9MF-PND was the wife of Richard Warren (b. 1585 - d. 1628) ID# KXML-7XC and except for the fact that her husband was one of the original Mayflower passengers very little is generally known about her life.  Elizabeth was not a Mayflower passenger. She came to America in 1623 on the ship Anne with their five daughters. They later had two sons. All their children lived to adulthood, and their descendants probably constitute one of the largest number of descendants of any of the Mayflower passengers. See the following: