Descendants Of The Signers Of The Declaration Of Independence on Findmypast.com 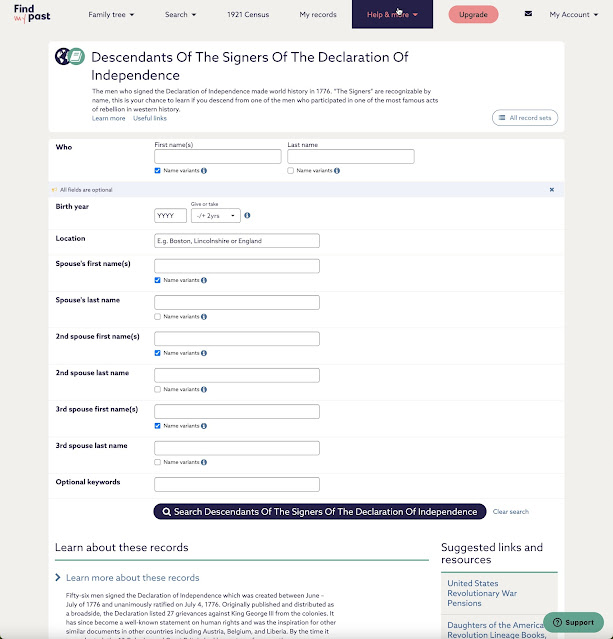 Findmypast.com has added about 18,000 records documenting the descendants of the fifty-six men who signed the United States Declaration of Independence. Quoting from the website,

These records document the descendants of these 56 men and offer a standardized lineage, which allows family historians to determine any possible connection to the Signers. The most famous is undoubtedly John Hancock, the President of the Continental Congress, who chose to sign in large letters. It is also signed by two future Presidents: Thomas Jefferson and John Adams. Benjamin Harrison V was the father and great-grandfather of two other presidents, Edward Rutledge was the youngest at age 26, and at age 70, Benjamin Franklin was the oldest. Many had familial connections to Britain, Ireland, Scotland and Wales.

The images in this collection come from the Frank Willing Leach Collection, housed at the Historical Society of Pennsylvania.

According to Relative Finder (https://www.relativefinder.org/#/main) I am related to about 34 of the signers. I am assuming that one or two of these potential connections might be correct.