The Elements of Research -- Part One 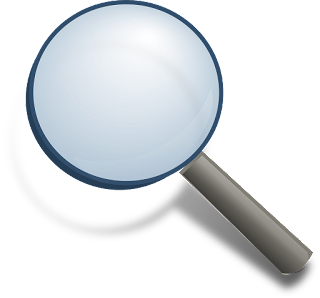 For some time now, I have been thinking about the concept of genealogical research. In order to further my thought process and organize my thinking, I have decided to begin a series analyzing and explaining the basic research processes as it pertains to genealogy's particular area of historic research. Obviously, as usual, this analysis and the accompanying explanations will be highly personal. In order to begin to organize my thoughts on the subject, I used the following book written, in part, by my friend Arlene Eakle.

I do not intend to review the book, but I do intend to use the concepts contained in the book as a structure for addressing the current concepts of genealogical research. As I go along, I will add additional, more recently, published books. I may also refer to other even older books along the way.

Since my very first attempts at historical research, in high school, over fifty years ago, I have been actively involved in research in some form or another. But simply doing research does not necessarily give someone the insight to analyze and understand the process. For quite some time now, I have been reading and studying the methodology and processes involved in discovering family relationships. Of course, my years of active participation as a trial attorney have also influenced by thinking.

I have written several blog posts about my impressions of the current state of genealogical research. The thrust of my concerns involve the fact that current genealogical methodology and analysis has become almost hopelessly tangled with concepts and jargon borrowed from both law and science. I am almost in despair at the task of separating the intermeshed and inappropriate legal and scientific concepts from from the core concepts of genealogical research. The current common adoption of the terms "facts," "evidence" and "proof" in talking about historical research is the most obvious indication of this integration. Historically, these terms were used in a general sense, but during the very recent past, the terms have definitely adopted a quasi-legal connotation.

When did genealogists begin incorporating legal and scientific jargon into their writings? If you read the following book, you will not find any reference to "proof" as such or to the more current concept of a "proof statement."

Harland does discuss the concept of evidence, but uses the term in a general way and does not try to relate the term to legal terms. By 1985, the Ancestry book, cited above, makes reference to a "preponderance of the evidence," a term directly borrowed from legal jargon.

In an even earlier work,

the concepts of proof and evidence pre-date any attempted relationship to the use of these terms in the legal sense. It is not use of the terms, per se, that I find objectionable, but the implication that they are validated by their incorporation as quasi-legal terms. This culminates in the present assumed ability "advanced genealogists" supposedly acquire to write acceptable "proof statements," which are nothing more or less than their personal conclusions couched in quasi-legal jargon. From my standpoint, this is exactly the same as relying on the briefs submitted by one side in a legal controversy with weight being given to the formality of the statement, more than the content and research supporting the arguments made. After writing legal briefs for years, perhaps I resent the implication that my genealogical research is only acceptable if I follow quasi-legal guidelines and prove my genealogical case. If I believed that a "proof statement" was necessary, I would become fundamentally exclusionary and adversarial.

In writing about the subject of research, I will try to avoid the currently popular terminology and rely on the more traditional methods of describing genealogical research. I will also try to go well beyond the present issues of terminology and address a more thorough methodology for conducting research.

I will begin demonstrating my line of thought with this example. I recently became involved in researching one family line of immigrants from England and Wales. Nearly all of my other family lines have been exhaustively researched for over 100 years, but this line has had little attention from researchers. This particular line begins with my Great-great-grandfather, David Thomas (b. 1820, in Wales, d. 1888) and illustrates some of the issues involved. David Thomas was married three times, first in 1842 to Mary Howells (b. 1821, in Wales, d. 1860), next in 1862 to Adeline Springthorpe (b. 1826, in England, d. 1891) and then in 1871 to her sister Frances Ann Springthorpe (b. 1833, in England, d. 1879). I spent some time researching early church records which contained records of all three marriages. In the records of the marriages in America to the Springthorpe sisters, Adeline and Frances both reported their birth dates exactly ten years later than the English birth records. The remaining information supplied by the sisters is consistent with the English birth records; the parents and places are accurately reported. When were the two sisters born? When do I consider that I have completed a "reasonably exhaustive search" of the existing records? Who else is going to spend the time on this particular line and disagree with any of my conclusions? However, in this case, I have at least three other very able researchers to question my findings and collaborate on the conclusions.

I could resort to the currently popular legal jargon and analyze the "evidence" from the records and conclude that the birth records in England "prove" that the sisters were lying about their ages. Or, I could simply report that the discrepancy exists and that my conclusion, based on the available sources, is that the birth records are more reliable than the dates reported by the sisters. As an attorney, it would be very easy for me to make a convincing argument, now commonly called a "proof statement" that the sisters lied about their ages, speculating about any number of reasons this could be the case. What happens when we discover more records figure out that both records are wrong because we have the sisters in the wrong family? My issue is with the implied finality of using legal terminology. Why does it matter whether or not I use legal terminology to express my opinion as to the actual birth dates? I would submit that the main reason for avoiding the quasi-legal evidence and proof concepts is that the research here is open-ended. We are not deciding and closing the case. There is much, much more to the story of this family than a simple issue of the dates of the two wive's births. As I have learned by experience, legal arguments are designed with the intent to conclude the controversy. As attorneys we want to "win" the case, i.e. have the case decided in our clients' favor. This is not what genealogy is all about. We are not researching our families in order to win our case. We are merely investigating historical documents for information and drawing conclusions. There is a need to be careful, accurate and systematic in our research, but in all this I eschew any reliance on a specific type of formality. What is happening today in genealogy is too much like the Supreme Court of Arizona refusing to accept my brief for filing because I have not provided the correct number of copies.

Genealogical research begins when we stop copying others and start looking at the records and drawing our own conclusions. To try to impose on this process an adversarial need to prove our case does not add any validity either to our conclusions or our opinions. It boils down to this, why should I care what you think about your family? Why should I have to feel obligated to prove to you (or anyone else) what I think about the history of my own family?

So much for my highly opinionated introduction. Stay tuned, if you can stand it, for the next installments.