The Elements of Research -- Part Seven: Can You Reproduce It?

Back in 1989, two scientists working out of the University of Utah claimed to have discovered a way to create nuclear fusion at room temperature. Once the supposed discovery was made public, hundreds of other scientists attempted to replicate the results. Eventually, their work was almost entirely discredited. See Wikipedia: Martin Fleischmann. The core of this scandal was the issue of a lack of reproducibility.

I have been looking at a few of the entries in the FamilySearch.org Family Tree going back on some of my ancestral lines. My interest was to search for the Data Problems icons and see if they could be resolved. As you can see from the image reproduced above, I didn't have to spend a lot of time looking. I had already solved two such situations by doing some additional research when I ran into this one. The husband here is listed with six different wives and a total of 37 children. Most of these appear to be duplicates. What makes this even more interesting is that there 14 sources listed. 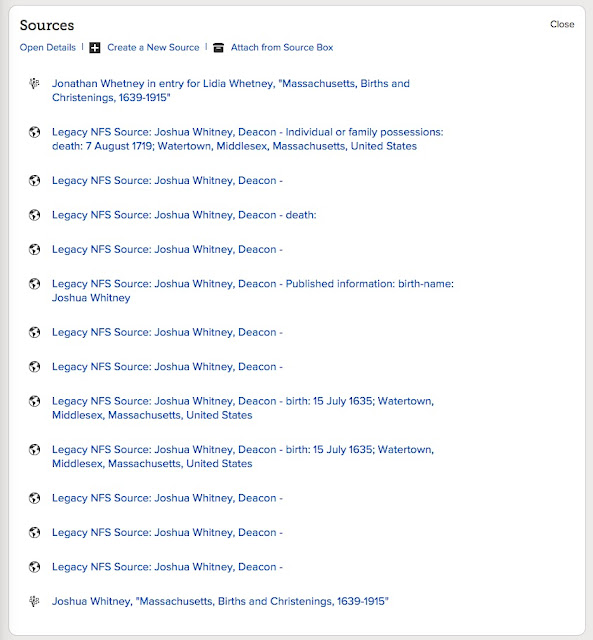 If we did nothing more than count sources, we would have to believe that the research showed all 6 wives and all 37 children. It only takes a few seconds of review to discredit both the sources and the conclusions. What I find even more interesting is the he was christened 10 days before he was born! 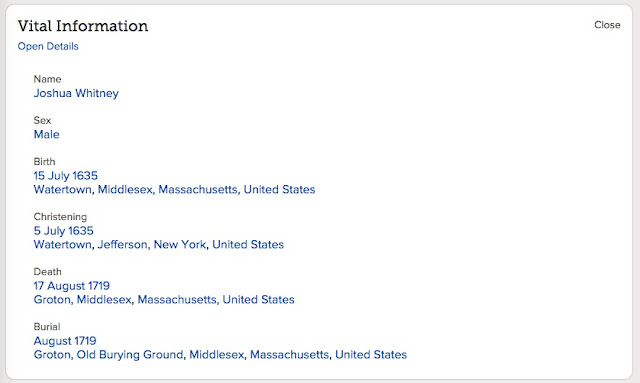 He was not only christened before he was born, his mother traveled about 331 miles to New York to have the unborn baby christened. He was not much of a traveler after he was born, since he supposedly died and was buried only 32 miles from his birthplace.

As silly as it may seem, this example really points out an important lesson. If you are going to do research, in genealogy or any other subject, I suggest you may wish to learn to read and it wouldn't hurt to learn how to think either. I know. I am being very facetious, but facetious or not, there is an important thought component in the research process. Although Emerson observed that "a foolish consistency is the hobgoblin of little minds," despite that adage, consistency is the basis of reliably conducted research.

Now back to cold fusion. If we publish our thoughts and conclusions before they are adequately supported by our documentation, we are putting ourselves into the position of those poor souls who believe in pre-natal christening. There seem to be untold minions of genealogists who believe that any record that mentions the name of an ancestor automatically proves its contents. In the case above, this type of conclusion extends to similar names also. As a matter of note, I do not even know if I am related to this person, Joshua Whitney, since my own research on that particular line ends with Samuel Shepherd, b. 1732.

I feel I must also point out the on the Family Tree, that particular line continues back a dozen or more generations to Sir Baldwinus DeWhitney, b. 1140 whose father's name is Emrys, b. 1120. Oops, I failed to see one more arrow with more generations, I am now back to the Earl of Eygos Exroy who was born before 1060. It is comforting to know that based on that unsubstantiated entry of Joshua Whitney, b. 1635, we can assume to go back on that shaky foundation all the way to the 11th Century. Oh, did I mention that Joshua Whitney's grandfather, Thomas A. Whitney, b. 1563, has 69 children by one wife and his father, John Whitney, b. 1592, had 48 children and 8 wives. Prolific ancestors, no wonder I have so many cousins.

Let's just say that none of this has even a shred of resemblance to research. I note that there is not one substantiating source listed, legacy or otherwise, that connects any of these people together into a pedigree.

Why am I writing all this about research? Apparently, there is a limited amount of it around and what there is hasn't seemed to make much of an impact on our greater genealogical community. Maybe that is the reason.