Update and Comments on the Popularity of Genealogy

In my most recent post, I considered the statements made by a Judge in a lawsuit decision concerning Ancestry.com. In the course of writing the Memorandum Opinion, the Judge made some observations about the fact that Ancestry.com may have "saturated the demand" for genealogical products. This started me thinking about some similar information available from Google Trends. Here is a screenshot of a current graph showing the number of searches done on the term "genealogy" relative to the total number searches done on Google, for the same term, over time. Quoting from the Google Trends website, "They don't represent absolute search volume numbers, because the data is normalized and presented on a scale from 0-100. Each point on the graph is divided by the highest point and multiplied by 100. When we don't have enough data, 0 is shown." What the numbers do show is relative popularity over time. To further quote Google, "A downward trending line means that a search term's popularity is decreasing. It doesn't mean that the absolute, or total, number of searches for that term is decreasing."

Here is the graph: 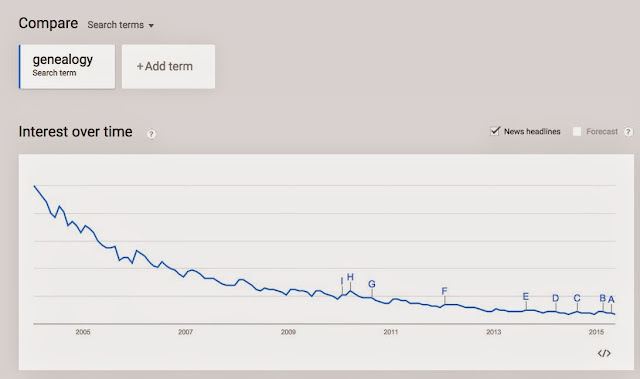 The search term was at 100 in January of 2004 and is presently at 7. I have shown this graph before in different contexts. But in light of the comments in the Court case, how do the companies stack up? Here is Ancestry.com's graph: 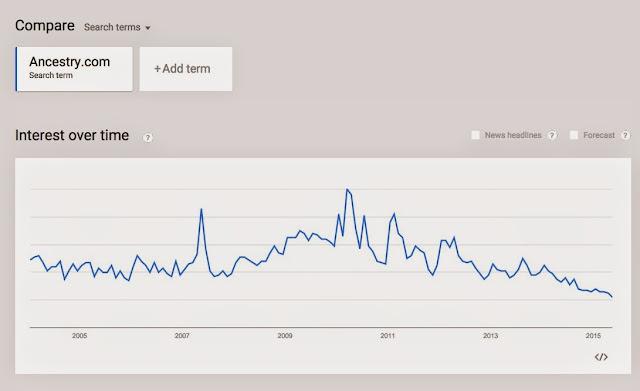 Well, actually, this graph sort of supports the Court's conclusion in the lawsuit. The high point of interest in Ancestry.com was in March of 2010 for 100. The current popularity stands at about 22. FamilySearch is mentioned in the Memorandum and here is what its graph looks like: 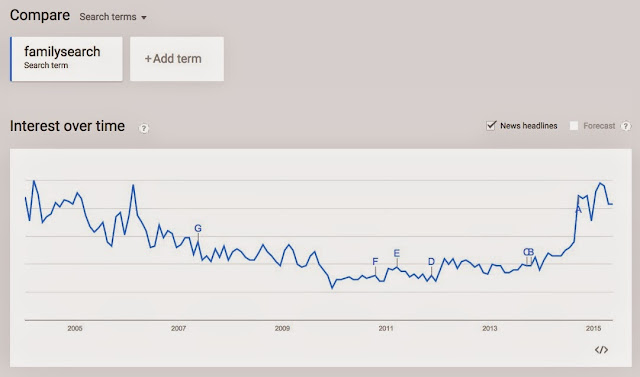 The high point for FamilySearch was also in March of 2004. The program is currently running at about 83 and has been at 98 recently. It is also interesting to compare the two companies: 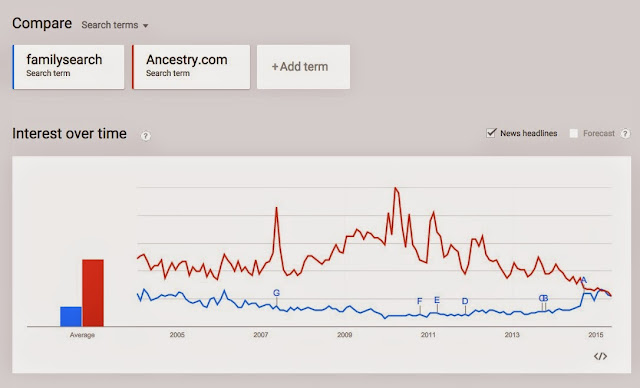 If we add MyHeritage to the mix, then we get a substantially modified graph: 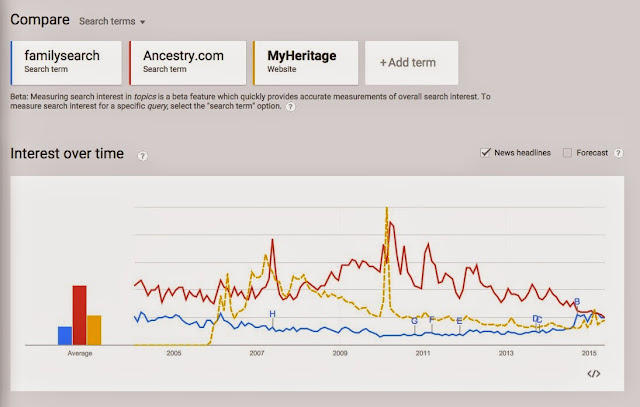 MyHeritage.com peaked in February of 2010 and it is currently running at about 18. It looks like to me that the testimony and the facts in the Ancestry.com case cited above, did not delve into the relative popularity of the large online programs. Just in case you are wondering, here is the graph with Findmypast.com added 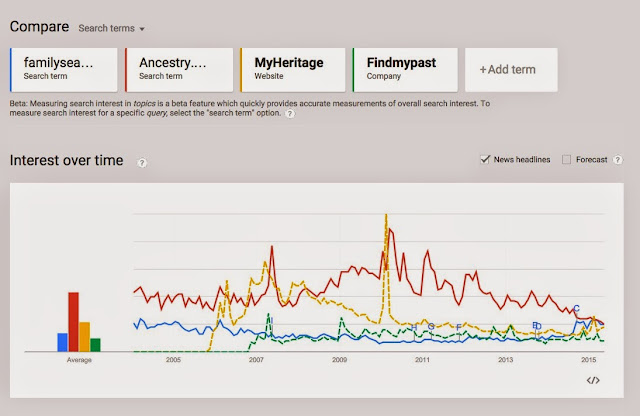 If I add back in the term "genealogy" we get another even more interesting picture: 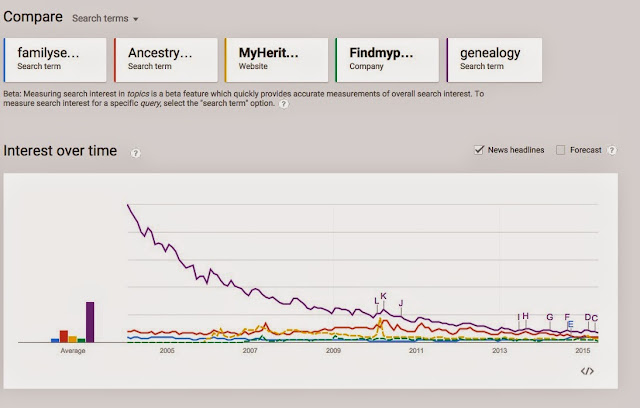 You would have to do quite a bit of talking to convince me the topic of genealogy and any one of the big websites were becoming more popular.
Posted by James Tanner at 10:34 AM