Conveying information about complex family relationships in a graphic format and then navigating the resultant accumulation is one of the basic challenges faced by a multitude of genealogy programs. Almost uniformly the programs opt for either a view of the data that conforms to a standard "pedigree" or ancestral view. Here is an example showing the most common format. 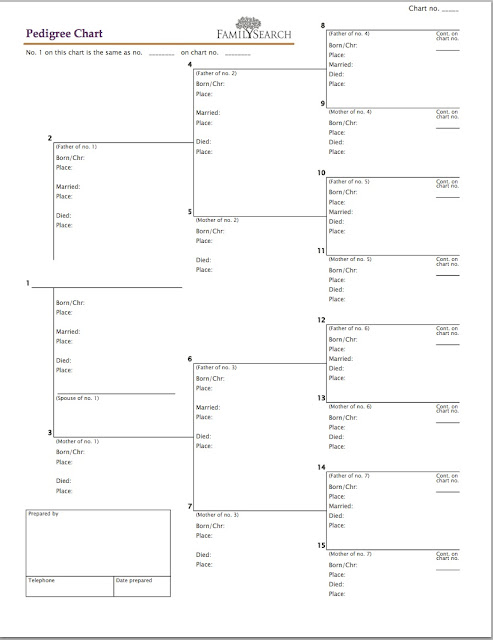 Some genealogy program opt for the lineal pedigree, such as the following example from MyHeritage.com: 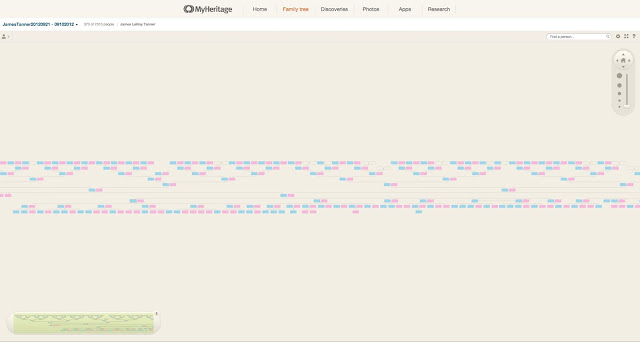 No matter what format is used to represent a "family tree" the reality of the geometric progression of ancestors defeats any of the more popular graphic interfaces. Within just a few generations, the number of ancestors renders any such graphic practically useless. Developers have tried tricks such a compressing parts of the tree and allowing alternative branches. The representations get really complex when the familial relationship themselves are complex. Multiple marriages, children with shared parentage, step-parents, adopted parents and many other variations in the biological tree often create a fertile field for disagreement and discontent. In addition, it is obvious that the number of a person's ancestors increase geometrically.

The Brigham Young University Technology Lab has been attacking the problem of developing an efficient interface for an online family tree that addresses some, if not all, of the concerns of the developers and technicians. They have been actively developing and testing their Virtual Pedigree program. I just spent more than an hour working through a series of exercises using both the Virtual Pedigree and the more traditional ones on FamilySearch.org Family Tree. This experience reinforced my impressions that the current system of representing familial relationships is often cumbersome and cluggy. The interface in the Virtual Pedigree is very dynamic. 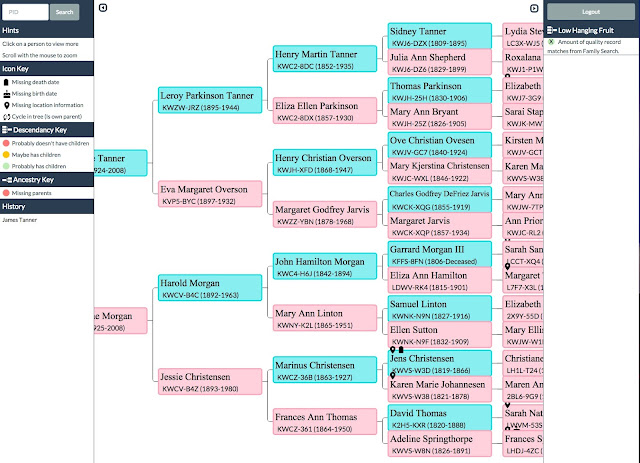 The exercises at the BYU Technology Lab consisted in a series of tests designed to accomplish searching tasks on both the tradition desktop and the more complex activities that could not be performed easily on any interface. I did find myself yearning for a way to speed up the process, such as finding married descendants without children. I am certain that individual utilities could be written to accomplish such tasks, but I the difficulty is creating a program that is less difficult to use than the activity itself. The Virtual Pedigree has some obvious improvements over the nearly generic interface on many of the current programs. After spending an hour or so working with the FamilySearch.org Family Tree and working on similar tasks on the Virtual Pedigree, it was apparent that there were some advantages to the Virtual Pedigree over the more traditional navigation of the Family Tree. But both suffered from the numbers issue. Most of the programs rely on a search function to jump around within the family tree when scrolling or clicking are too cumbersome. The FamilySearch.org Family Tree and other programs also use pull-down menus or lists of recently visited ancestors to make navigation easier.

It appears to me that the goal of making a transparently easy method of navigating family trees is still outside of the reach of the programmers, although Virtual Pedigree is a major step in the right direction. At least they are asking the questions and addressing the issues.
Posted by James Tanner at 7:34 AM