Solving a Mystery with Military Records

This morning, I noticed that United States Headstone Applications for U.S. Military Veterans, 1925-1949, a record collection in the FamilySearch.org Historical Record Collections, had been updated on 2 October 2015. Today. That reminded me of the fact that I had solved a particularly difficult research problem with a military headstone. A search in this collection quickly produced the record that solved the mystery. 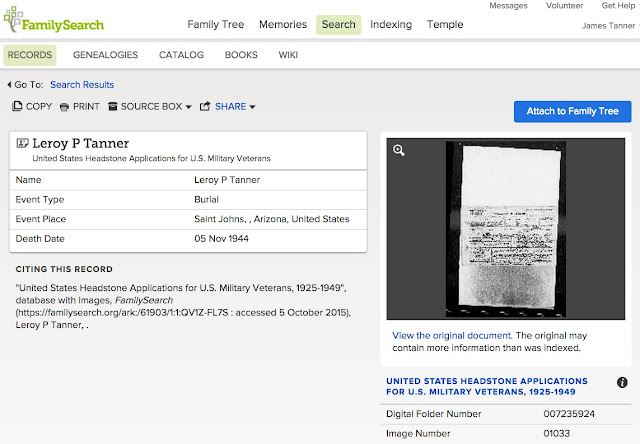 With a further click, I could see the original application record. 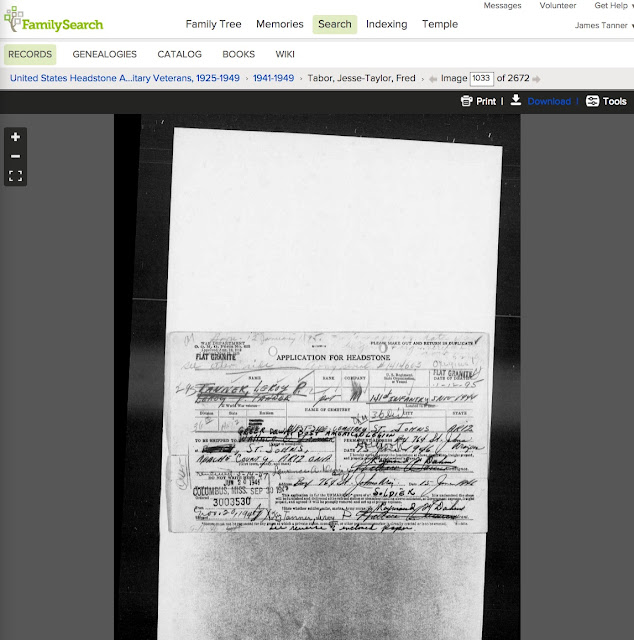 Along the back of this document, in pencil, was a summary of my Grandfather's military record. 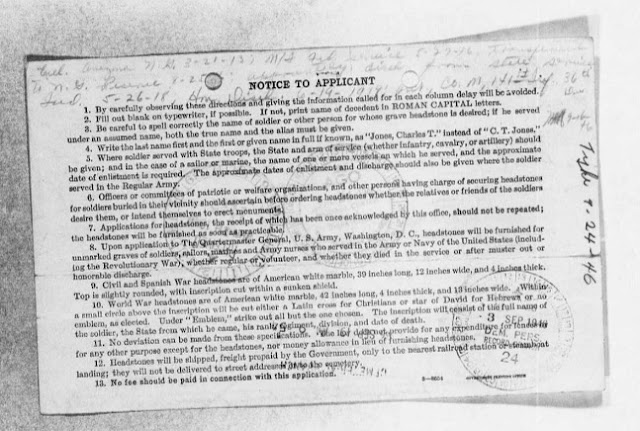 When I found this original record, I had been looking for information about his military service for some time.

My Grandfather, Leroy Parkinson Tanner, had served in both the Mexican Border War and World War I. For a long time I could not find his military record. I found the name of his unit from the Veteran Headstone marking his grave in St. Johns, Arizona, but I still could not find either his name or his unit in any of the World War I records. 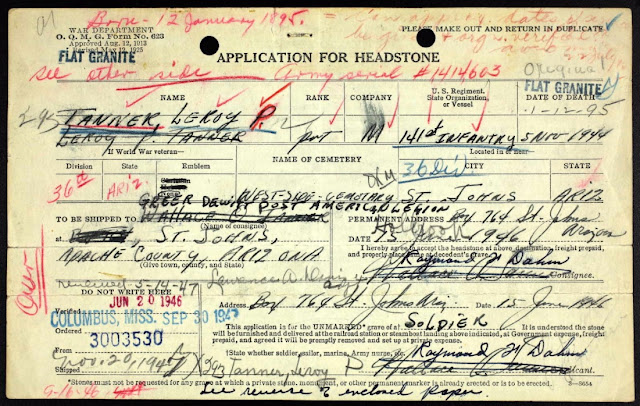 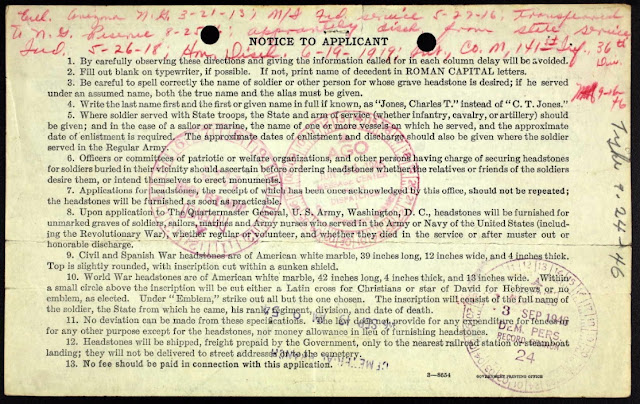 If you find a record on one of the websites, always look to see if the same records in different scans are on other websites.

It turned out that my Grandfather enlisted in a National Guard Unit that was mobilized for the War. This was a small mystery, but it was solved with a very specific military record, a Veterans Headstone. Had I found the application before I found the discharge papers, I would have been able to figure out the mystery from these documents.

This points out a very important fact about military records. Just like any other records, there are a lot of them and it pays to keep looking and keep digging. I found this document because it showed up on an Ancestry.com search for my Grandfather. But it did not show up as one of the first records or even one on the first page. Now, I could find the record on Ancestry.com or on FamilySearch.org with a quick search. We have a most marvelous tool for research with these digitized records. Let's use them.
Posted by James Tanner at 7:23 AM