Ten Threats to the Future of Genealogical Research 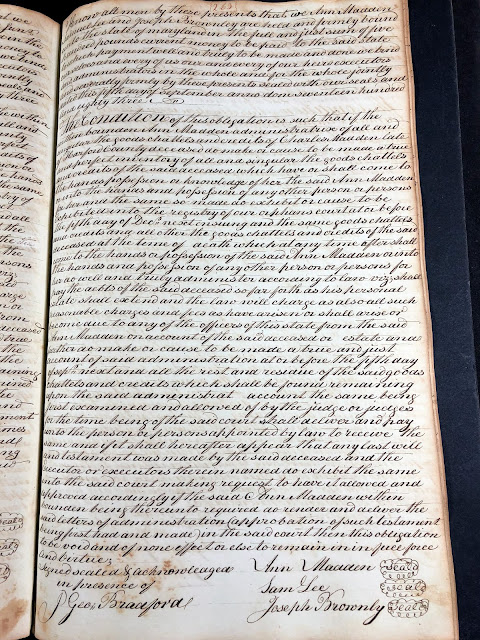 As time passes, certain social, economic, and cultural factors do not bode well for the future of genealogical research. Because of the involvement of large, online genealogy companies, we are being led to believe that the "future" of genealogical research lies in their huge online collections of documents and the application of genealogical DNA testing, but despite these two greatly beneficial developments, we still have, at best, a murky genealogical future.

The items set forth below are based on my own observations and opinions. I could find some quantitative statistics to support most of them but I don't really think putting numbers to these issues will change the degree of threat they constitute. Many of these threats are interrelated.

Here, not in any particular order, are ten items that I think will pose a major threat to genealogical research:

#1 The abandonment of training of cursive handwriting

When you started doing genealogical research and found out that your ancestors came from a place where they did not speak your own native language, You likely dispaired of being able to do any further research. Now, let's think about young people in the United States who are not being taught cursive handwriting. When they start doing genealogy, they are almost immediately going to find themselves in foreign territory, for example, reading US Federal Census records. This issue is going to have a significant and increasing impact on the future of genealogical research. Even those students who learn one form of cursive are not going to have the need to use their skill because of the pervasive use of keyboards. If you think that young people are going to take over the job of doing research, then make sure they know how to read and write cursive.

The continued physical degradation and loss of paper-based records despite preservation efforts particularly those in smaller collections that will be mostly ignored by the large online genealogy companies digitization efforts will erode access to many valuable genealogical resources. The economics of scale mandate that the large genealogy companies who are spearheading the digitization efforts concentrate on large collections and so the smaller valuable collections are unlikely to be digitized before there is significant document loss. Meanwhile, smaller collections are also those where the repositories have limited resources for preservation. For example, many of us have visions of courthouses with piles of old records in a damp basement or attic. Local politics fail to provide for the preservation, but the collections are small so none of the larger companies will spend the time or money to salvage the records.

There is an almost complete consensus among those who are still teaching history, especially on a university or college level that a general knowledge of history among the upcoming generation of students is dismally lacking. There is no question that what is being taught about "history" in grade schools and high schools is now "social studies" with an emphasis on race relations, economic disadvantage, and other social ills. If you disagree spend a few minutes quizzing some young people about some subject like the Korean War or the US Civil War. Lack of historical context for adding names to online family trees is a rampant problem.

The availability of online information is often seen as a benefit and not a detriment to doing research, but the amount of information today has become the challenge rather than the solution. It is entirely possible that the information you are seeking has been digitized and is online, but there are so many websites with different procedures for accessing those records to make the job nearly impossible.

#5 The unsure future of digital preservation

Digitizing paper records moves the process of preserving those records from the physical threats of deterioration to the more esoteric issues of electronic record migration in the changing world of technology. How many records were lost with the demise of old 3.5 floppy disks? All electronic records need to be migrated as the technology changes. Large companies do this as a matter of course, but smaller electronic collections may become obsolete.

Many governments around the world have sunset laws that require the automatic destruction of genealogically valuable records after a few years. In addition, other records are lost due to the inaction of governments to provide for their preservation. This is an ongoing problem. The most prominent example is the 1890 US Census. If you think this Census was destroyed by a fire, then you don't know the whole story. See "The Fate of the 1890 Population Census" In addition, many records are restricted because of racial, social, cultural and other political concerns.

Many dedicated genealogists are so protective of their research that they end up alienating their family members. When the genealogist dies, all of his or her records are consigned to the trash. This is a constant and persistent loss of valuable information and records.

#8 The proliferation of inaccurate and unsupported family trees

#10 A general impression that genealogy is "easy."

The whole concept that genealogy is both fun and easy promote sloppy and haphazard research. It may well be "fun" in the sense that it is enjoyable for those who become involved, but it is no picnic. We all have to start somewhere, but if genealogy is actually a complex activity requiring a number of specific skills, then filling in a few spots on an online family tree is not a realistic way to encourage participation.


What can you do to help prevent this loss? The main thing you can do is to learn how to do well documented genealogical research and include, where possible copies of your supporting documents. This includes doing onsite research and obtaining copies where permitted.
Posted by James Tanner at 2:48 PM