How to handle unsubstantiated family lines in the FamilySearch Family Tree

How can you know if the lines you are working on are correct or not? Are you actually related to these people that go back generations on your part of the FamilySearch.org Family Tree? Can you really trace some of those lines back to Adam? See this video for a discussion of the "Back to Adam" issue: https://youtu.be/BbUbouESw_s You might (or might not) be surprised to learn that the same issues that are a concern with claiming a pedigree back to Adam frequently arise in the context of all genealogical pedigrees and that nearly all of the existing pedigree lines on the Family Tree ultimately end usually well before the names and dates run out.
Here is an example of one line that really ends long before the names run out. 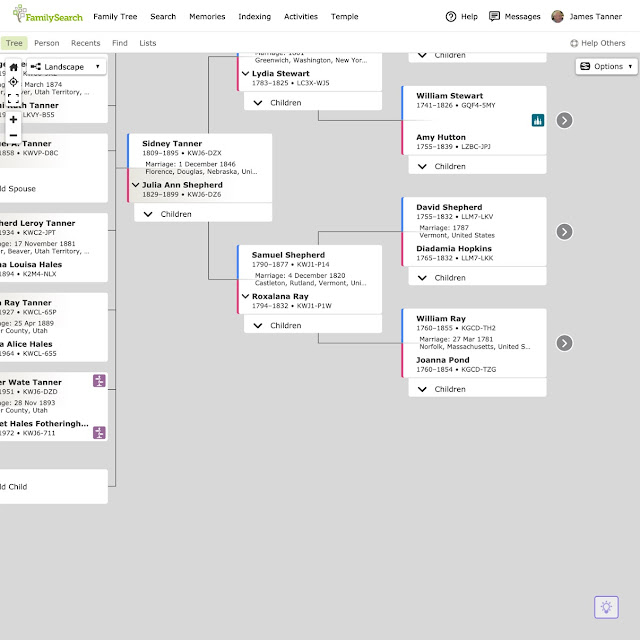 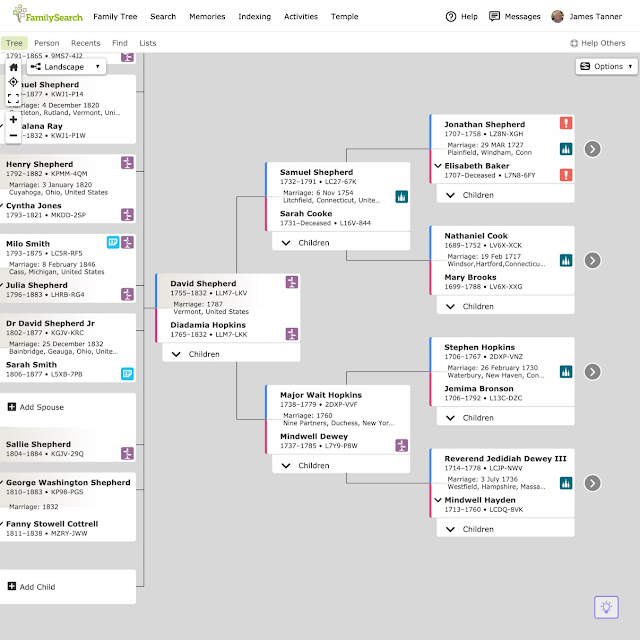 You can see that the line goes back from David Shepherd b. 1755 several generations. However, the father, Samuel Shepherd b. 1732 in Connecticut has only four sources attached and none of these cited sources show any of the children of this 1732 Samuel Shepherd who is born in Connecticut and dies in New York while his supposed son is born and dies in Castleton, Rutland, Vermont. There is nothing showing the Connecticut Samuel Shepherd ever lived or even visited Vermont.
For all practical purposes, this pedigree line ends with David Shepherd b. 1755, even if we make the unsupported conclusion that my ancestor, Samuel Shepherd b. 1790 was his son.
However, from David Shepherd b. 1755, this pedigree line goes back 11 more generations to a John Sheppard I, who was born in 1437. Some of the men in this line have dozens of sources attached. Eventually, the last person in the line has no sources attached. Because of this apparently substantial pedigree, no one in the family really wants to question the validity of the line particularly because of the Revolutionary War connection and the descendants who claim this ancestry to support applications to the National Society of the Sons of the American Revolution and the Daughters of the American Revolution and other lineage societies.
What can we do about this situation? Unless someone (me in particular) can find a historical record showing that Samuel Shepherd b. 1732 actually was the father of David Shepherd b. 1755 even though they lived and died in different states, there is no substantiation for the 11 generation extension of the line.
My speculation is that someone decided that a well-placed Samuel Shepherd in Connecticut was the father simply because his line could be traced and supported by documents.
We have several choices at this point.
1. The easiest and least complicated would be to detach Samuel Shepherd b. 1790 from David Shepherd in the Family Tree thus highlighting the lack of documentation from one more generation. An alternative would be to keep the speculative connection to David Shepherd and cut off the line where it most certainly ends.
2. We can just leave it as it is because who wants to question over a hundred years of tradition and spoil all those inaccurate family group records out there in genealogy land?
3. I could do some intensive research on the subject and see if I can substantiate the Samuel/David connection. Hmm, the problem is that I have been doing that research now for almost 40 years and although I quite recently found the probate record for David Shepherd b. 1755, I have made little progress.
Cutting off a traditional extension of a pedigree on the Family Tree that has no documentary support takes a bit of courage. If I detached David Shepherd b. 1755 from his traditional father there would be a flurry of people who would add his father back in, not because they had any additional source information, but simply because that is what shows up on their parents' family group sheets and pedigrees. Why do I know this is the case? Because I have done this several times already and we are still defending the end of the line from people who insist on making the changes without doing any additional research and without citing any new sources.
What would you do? It really boils down to whether or not you value accuracy over tradition. In this case and in hundreds (thousands?) of other instances, the actually supported family line ends well before the names give out. In these cases, I have to evaluate whether or not I have enough interest and time to enter the battle of the Family Tree that inevitably follows my decision to draw the line.
Final note, unless we are willing to accept the fact that many family lines are mere fabrications, we will really never have a family tree that is even marginally believable.
Posted by James Tanner at 8:52 AM