What are the locations of events in your ancestors' lives? 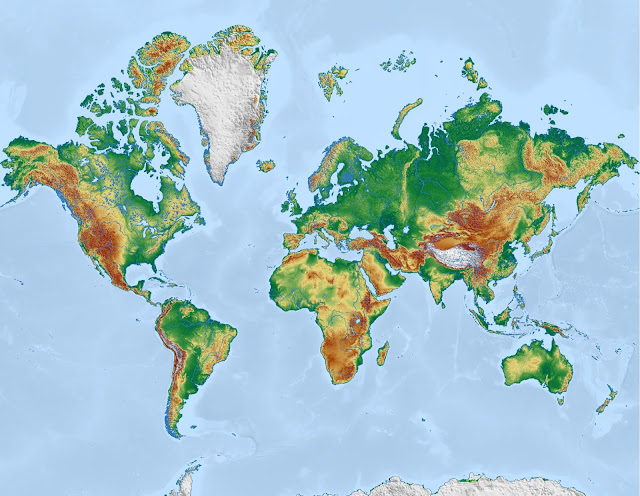 The most important element in accurate genealogical research is determining an accurate and specific location for an event in an ancestor's life. Here is an example of a place that is not specific enough to be useful for research copied from the FamilySearch.org Family Tree. This entry is from a person named John Smithers who was supposedly born about 1680.

The reason why this not a lot of help is illustrated by a quick search using the Findmypast.com website. Using the information in this entry, I got the following response to a search. 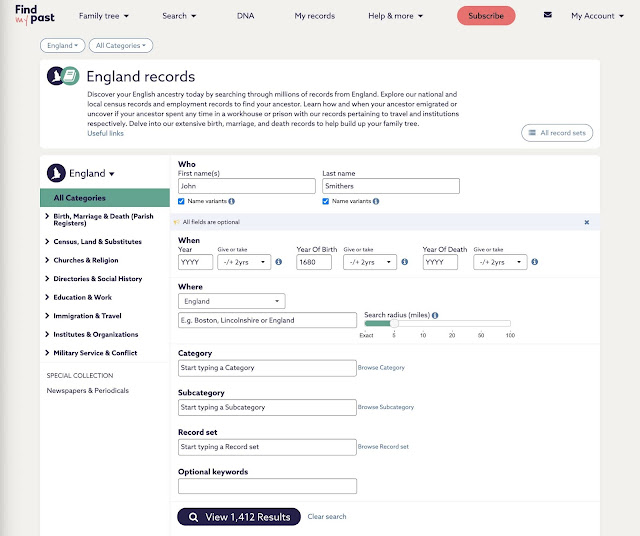 This response indicates that there are 1,412 records about a person with this name in England during 1680 plus or minus 2 years. This is within a radius of 5 miles which is meaningless because no more specific location is available other than the entire country of England. One interesting thing about this entry is that John Smithers (abt 1680) has 11 listed sources. 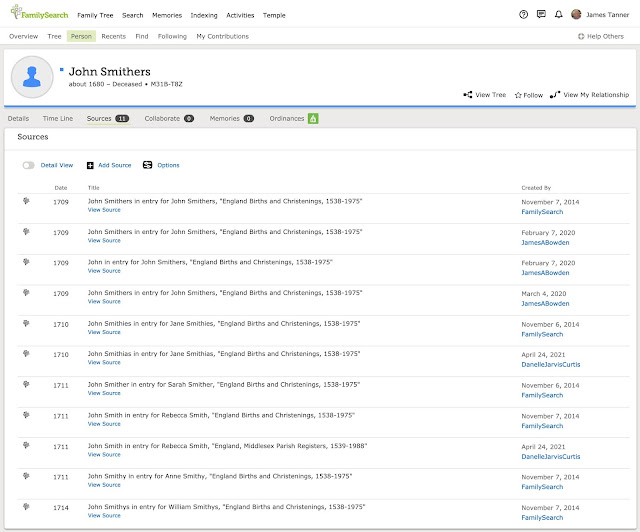 He also has six listed children. 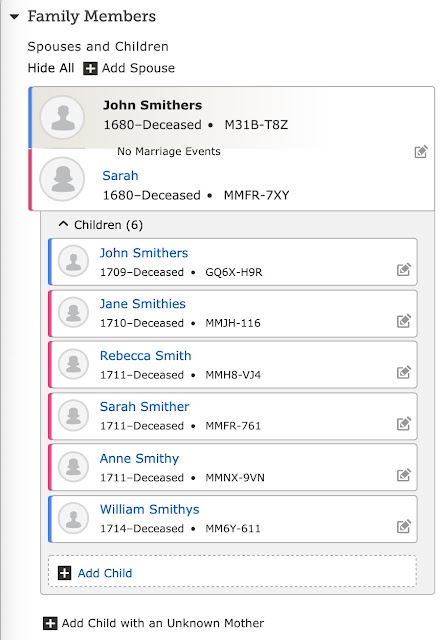 The first question to ask in this situation is where were each of the children born? Here is the list of their birthplaces.
John Smithers
Birth 1709
Saint Botolph's Church Aldgate, London, England, United Kingdom
Christening
19 January 1709
Saint Botolph without Aldgate, London, England, United Kingdom
Jane Smithies
Christening 21 DEC 1710
St. Mary Whitechapel,Stepney,London,England
Rebecca Smith
3 February 1711
St Andrew Holborn Above the Bars with St George the Martyr, Holborn, London, England, United Kingdom
Sarah Smither
Christening 03 FEB 1711
St. Mary Whitechapel,Stepney,London,England
Anne Smithy
Christening 14 OCT 1711
St. Mary Whitechapel,Stepney,London,England
William Smithys
Christening 27 JUN 1714
St. Mary Whitechapel,Stepney,London,England
Some immediate observations. There has been little or no work done on this particular family for while due to the fact that almost none of the entries has a standardized date or place. Notice that all the surnames are spelled differently. Three of the people listed were christened in the same year with two of them in the same place less than 9 months apart. The one entry that has a birthdate does not have a source that shows a birthdate. There are three different places listed for each of the six entries. More than six of the sources were added from older records by "FamilySearch."
Do the places make sense? Here is a map of downtown London showing each of the three locations. 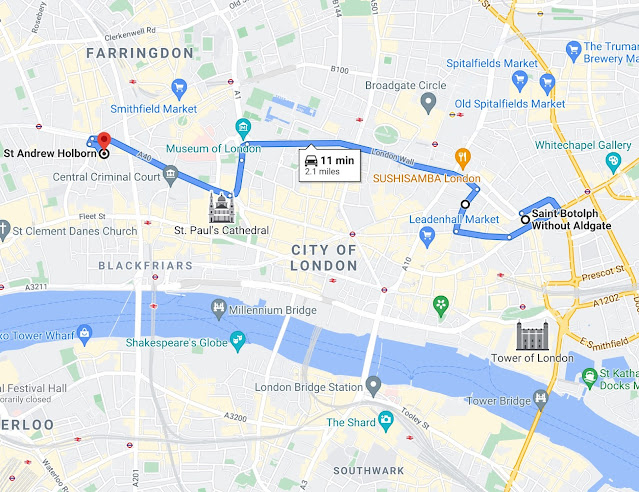 Two locations are less than a block apart. The third location is well outside the neighborhood where this family would have lived. This is also the one entry with the surname Smith and one of the three supposedly christened in 1711.
Hmm. There are also three possible duplicates for the father John Smithers. The name John Smith (with variations) is close to being the most common name in England. Back to Findmypast.com, there are well over 16,000 records for people with the name John Smith born in London, England about 1680 with over 13,000 with records in Whitechapel.
These are the types of questions that need to be asked every time you begin an inquiry. Here, it is clear that a lot of research needs to be done beginning two generations more recent in time. I might make it this far if I live long enough.
Posted by James Tanner at 1:35 PM