Technologically speaking, where will we be next year at this time? Part One 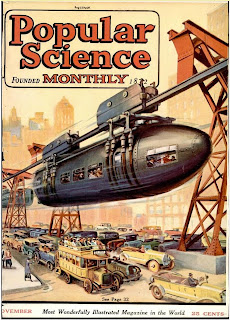 Predicting technology is like throwing darts blindfolded. You might hit something important once and while, but it will only be by dumb luck. If you are interested in the craft of making predictions about the future, you might want to read these two books. One of the most influential books in this regard is The Black Swan (Taleb, Nassim. The Black Swan: The Impact of the Highly Improbable. New York: Random House, 2007). Even though the topic of The Black Swan (not the current movie of the same name) talks mostly about the stock market, Taleb's insight is almost revolutionary. The Black Swan is right up there with Gödel, Escher, Bach in its importance to current thought. (See Hofstadter, Douglas R. Gödel, Escher, Bach: An Eternal Golden Braid. New York: Basic Books, 1979) and particularly about the difficulty of predicting technological changes.

What do these two books have to do with genealogy and technology? To find the answer, you will have to read both books. Mostly, the books give insight into how and why the world is unpredictable. If you do read the books, you will realize that you shouldn't believe everything you read, especially from those who make predictions about technology and genealogy.

Notwithstanding the lack of predictability, I will make a few observations on the most likely developments in technology impacting genealogy for 2011.

Starting with hardware.
During 2010, Apple's iPad had a extensive impact on the way people view and use portable computing devices. Right at the end of the year, Apple released a new thinner downsized MacBook Air weighing only 2.3 pounds with an 11 inch screen. This is a real, high powered computer, not some dumbed down netbook and it is only .68 inch thick. I have already seen the impact of the iPad on the way people view mobile computing, but this MacBook Air will undoubtedly push hardware in the direction of light and portable. Long gone are days of lugging around an over-sized Kaypro. Light and powerful computers will undoubtedly encourage more and more genealogists to use their own computers onsite.

More hardware.
The cost of purchasing additional digital storage is becoming a non-issue. Over the holidays, Target sold 2 Terabyte drives for $69 each. One reason this is happening goes back to the MacBook Air. Apple is replacing its internal hard drives with Flash Storage. The new computers come initially with either 64 GB or 128 GB internal Flash Drives. These internal drives are similar to the smaller flash drives we are all carrying around now with our genealogy files only larger. There is no reason other than price that the new flash drives will not continue to get larger and cheaper. Mechanical spinning hard drives will likely continue to decrease in cost, but something will have to happen because in the next level up of hard drives, to 3 Terabytes, there is a huge jump in price to over $1000. I am going to guess that rather than continue to increase the size of mechanical hard drives, the new generation of flash drives will start to erode sales. Cheap drives will encourage all of us to backup our work and share it with others by giving them a hard drive full of our research.

Digitizing devices such as scanners and digital cameras.
Improvements in the digitizing of images is limited by the improvement in the sensors. although pixel counts will continue to rise, due to sales hype pressure, the physical size of the chips which is a major factor in the resolution of the image produced. Both scanners and cameras will see some increase in speed and a little bit of resolution, but I don't see any major changes during the year to come.

Other devices.
Who, other than an Apple insider, could have predicted any of the world changing innovations of iPods, iPads and iPhones. Look for continued development with more innovative features. These devices may start replacing laptops and other computers for some uses.

OK, that's all for the first installment. What do I suggest for purchasing? Apple just came out with new hardware. It is likely that the new Apple Lion operating system will come out later in 2011, but that shouldn't stop present purchases of hardware. Windows 7 is still relatively new and Microsoft will not likely come out with a whole new operating system in 2011. Computers will continue to change over the next year, but there is nothing on the horizon at the moment that would make me wait if I needed a new computer right now.  I already own an iPod, iPad, iPhone etc. so I will not likely make those purchases during the coming year.  Stay tuned for an assessment of online services and software.
Posted by James Tanner at 4:12 PM