Can a complete genealogy exist?

As genealogists we are dealing with history and if you know anything at all about the subject, you probably realize that history gets revised from time to time. I was just reading an article yesterday in a historical review from a major university where a professor was talking about writing a book that changes the historical perspective of some well known facts, based upon newly discovered (or newly reviewed) historical documents. We seem to acknowledge that we presently have a greater access to documents than did our ancestors but sometimes I think we ignore the consequences of that access.

In the past, searching all of the available U.S. Census records was not only tedious but in some cases, impossible. I remember my first encounter with the Census, which was available only on microfilm, and as far as I knew, only at the Family History Library in Salt Lake City, Utah. I was looking for a specific family in a specific area and once I found the right microfilm roll, I discovered that it was mostly unreadable. At that point, I just quit using the Census. I was ignorant of the Soundex and other finding aids and simply decided I didn't need the Census records. That was a mistake, but understandable now under the circumstances that existed at the time. Years later, when I began using the Mesa FamilySearch Library regularly, I discovered that they had a microfilm copy of the U.S. Census and finally, discovered the paper Soundex indexes. I slowly began to appreciate the importance of searching and analyzing the Census records.

Now, do we fault those who either don't understand the importance of some types of records or do not have ready access to those records? I find that much of the work I did early on was incomplete and in many cases, inaccurate. It took me a considerable time to learn something that we have come to expect everyone to know.

Now, every one of my ancestral lines goes back to a point that could be considered a brick wall. How can I say that? Well, I spent a lot of years systematically following and, where necessary, verifying every single line. What I have not yet done is to research every missing spouse and follow all of the collateral lines both up and down the pedigree. For example, my oft mentioned Great-grandfather, Henry Martin Tanner has seventeen children. I have each of their various dates and information, but little or nothing about their children who would all be my first cousins various generations removed.

So now we get to the question in the title to this post, can we ever consider our genealogy to be done? I am guessing that the answer is no. But there is a qualification to that no. Some of Henry Martin Tanner's children died in childhood. But what if I decided to focus on just that one family? I would have the 14 children who survived into adulthood and their wives and children to add to my file. We all know the progression, 2, 4, 8, 16, 32... of all our own individual ancestors, but let's add in just this one family and multiply everything by the number of surviving children and their spouses. I calculate that there were 31 children including their spouses. Adding in Henry and his two wives gives us a total of 34. Now, I have seen estimates of the number of grandchildren and great-grandchildren and we get up to about 10,000 or so rather quickly. That is just one family. In that family, discounting the fact that Henry's children all had one or another of the two wives, there are still 17 additional lines to follow, if I choose to research the wives' lines. I ran out of math ability at this point and decided that the number was too large to realistically consider.

What happens in real life to genealogists, all of us, is that we make decisions as to where we stop doing research. If we pursued all of the descendants of all of the families, even if your family was not nearly as prolific as the Tanners, you will soon find a number of people who are arguably related to you that exceeds your ability to comprehend. Fortunately, we now have a handy tool, I have mentioned before, called Puzzilla.org, that can show what this means in a graphic form, that is, if you happen to have your family information in FamilySearch.org Family Tree. In this case, the graphic ends with living people, so it is not very impressive: 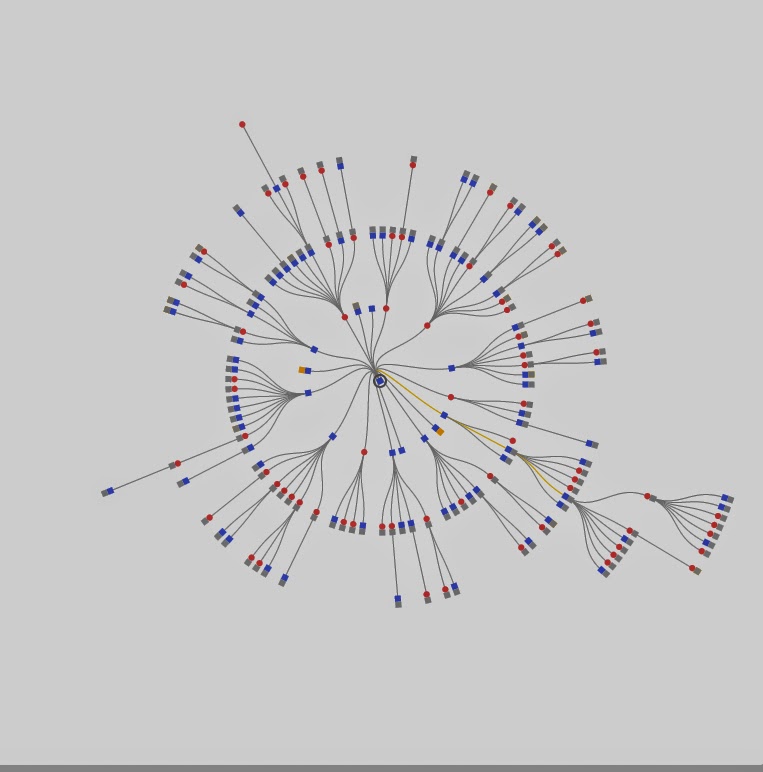 Each of the dots represent a descendant of Henry Martin Tanner. They end when the file does not show a death date. OK, so let's go back one generation to Sidney Tanner, Henry's father. He had five wives and 23 children. Here is his graph: 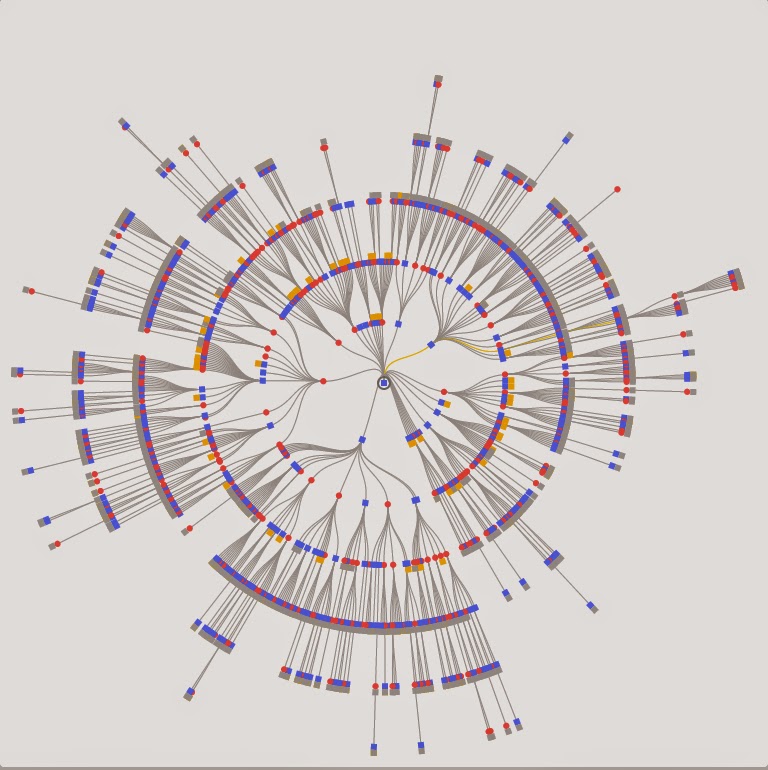 You do realize, of course, that I am related to every single person shown on this graphic? This is just one ancestor's descendants and stops with the first living descendant so there are a whole bunch of living relatives out there in genealogy land who could be considered to be pretty closely related to me. Oh, just for fun, lets go back one more generation to John Tanner: Of course, you realize that this is just one of my supposed 32 Great-great-great-grandparents? By the way, it took the program a while to figure out all the descendants and finally crashed with over 1300 lines to resolve. 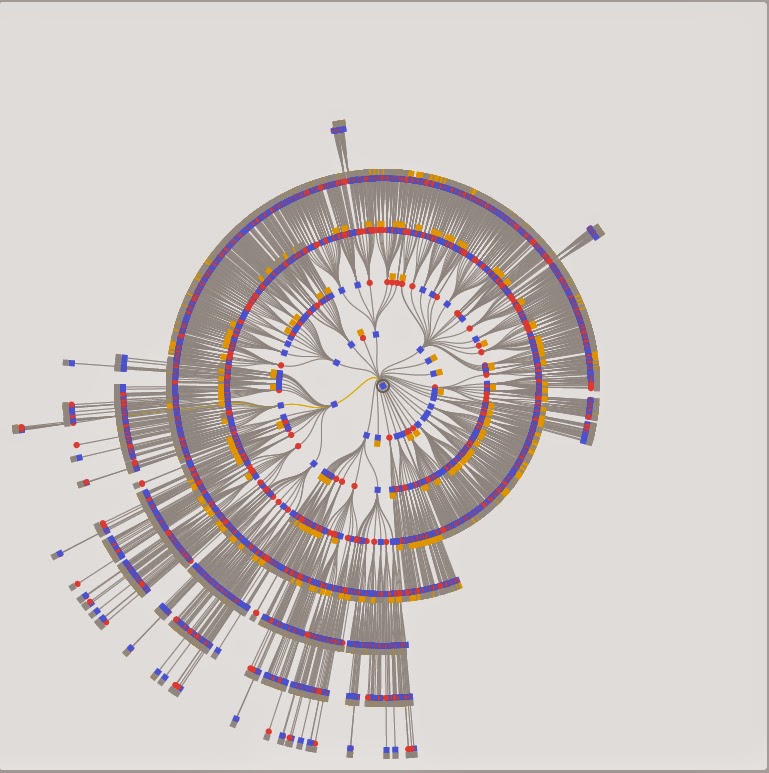 I have an unimaginable number of relatives. The answer to the question in the title is definitely no. I don't even have time to think about all those relatives, much less complete some kind of genealogy on all of them.

But, you say, why don't you ignore the descendants and just focus on the ancestors? Well, you actually get into similar numbers and issues. But think of this. Family Tree has already got all these people in the file. So what do we consider done?