Update on cameras for genealogists

From time to time, I have written about cameras for genealogists. It has been a considerable time since I last wrote on the subject and camera technology has continued to become more and more sophisticated. The Megapixel race heated up with Canon's release this year of the Canon EOS 5DS and EOS 5DS R cameras with 50.6 Megapixel, full-frame CMOS sensors. Essentially, the "high end" of  the camera market just a few short years ago, has now become mid-range cameras and the "low end" is well past the mid-range cameras of the same time period. At the same time, cameras incorporated into smartphones have now achieved a professional level of quality with stock photo companies taking photos to sell directly from photographers using smartphone cameras.

As in the past, the price spread between an entry level camera and the most expensive on the market is huge. But the real question for a genealogist who does not want to become a professional photographer is how good is good enough?

As scanning and photographic technology has improved in the quality of the images obtained, the archivists have concurrently raised their expectations. It has now been several years since FamilySearch.org completely abandoned film cameras for its vast document acquisition program around the world. But the digital cameras being used to replace the film cameras that created the microfilm library in the FamilySearch.org Catalog, were high-end commercial cameras that cost tens of thousands of dollars. Today, the same or better quality can be obtained from a camera costing from $2,000 to $4,000 dollars.

The dichotomy of this situation is that the quality of the images previously obtained on microfilm varies considerably in quality. The resolution of the film cameras previously used was all the same, but the differences in quality came about primarily from the lighting conditions and the quality of the original documents. For example, here is a Catholic Church Parish Register from Puerto Rico in 1645. 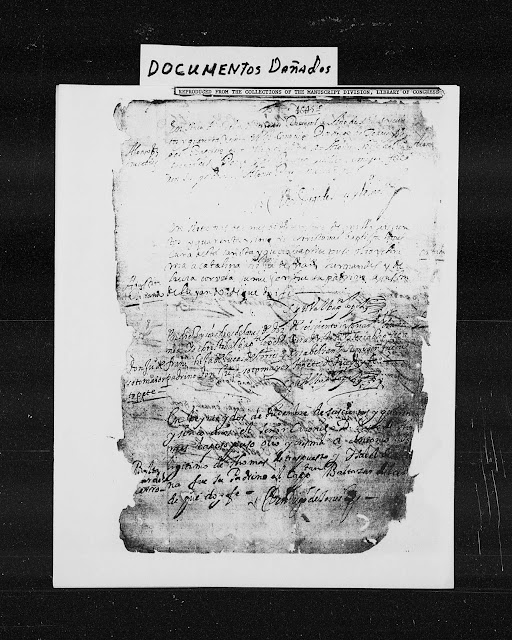 The technology exists to make this image more readable, but the practical reality is that there are millions upon millions of such images and the time and expense of using document enhancement technology on all the "bad" images is overwhelming. The top part of this image is likely lost. 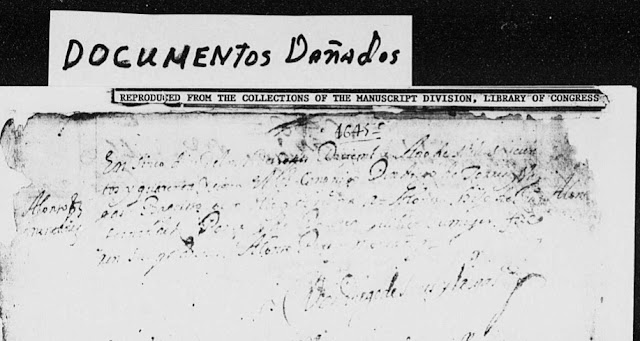 For years, I compared the images obtained with a flat bed scanner with the images I could capture with a series of cameras as the pixel level of the cameras increased from 1 or 2 Megapixels to over 20 Megapixels. At the 20 Megapixel level, the issue became moot. For all practical purposes, the quality of the images was the same for both documents and photographs.

Here is an image of a negative inverted to create a positive image in Adobe Photoshop, acquired by my 21.1 Megapixel Canon 5D Mark II. 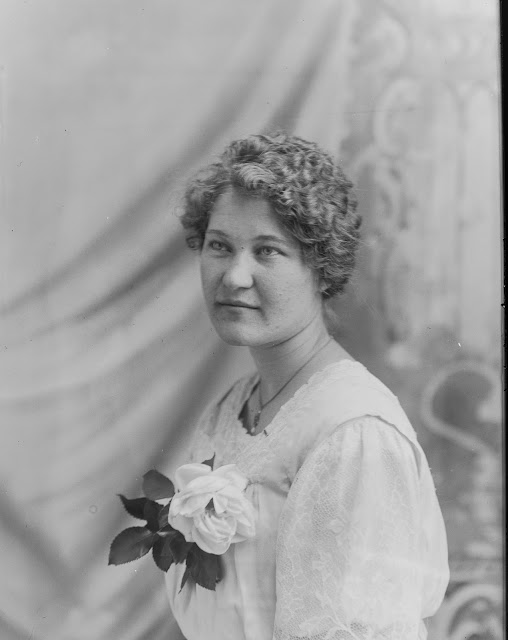 This is my Grandmother, Eva Margaret Overson Tanner. Here is a enlarge portion of the image showing the flower. The soft focus of the image is from the camera and lens back in 1923 when this photo was taken. 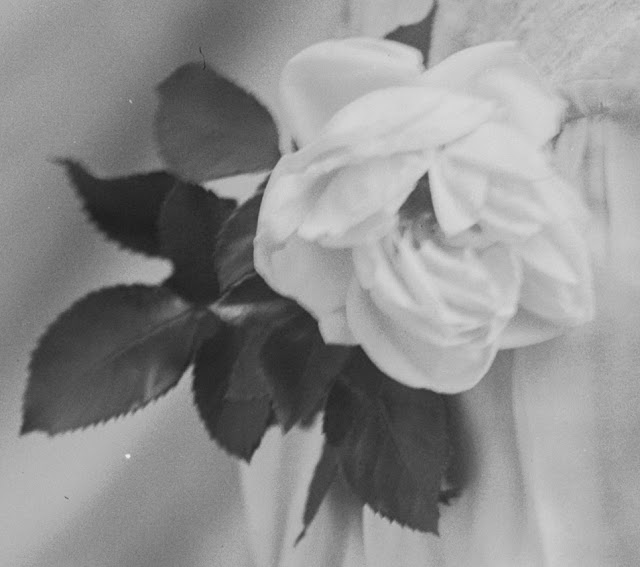 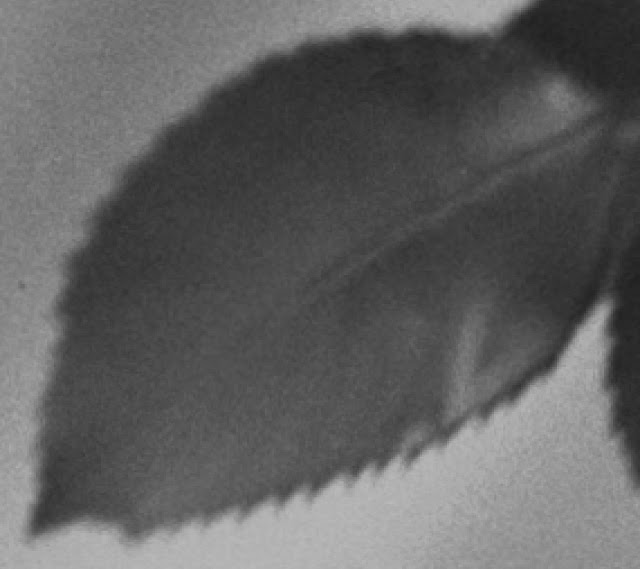 This photo and thousand of others were taken with a camera on a camera stand and with special lighting.

So what is good enough? That depends on your personal interest and budget. If you are interested in preserving documents and photos at archive quality, you should study the current requirements. I suggest the Library of Congress' Preservation Section for a good place to start learning. What I can say is that photos taken with my camera have been accepted for archiving by FamilySearch.org. If I were to purchase the new Canon 50.1 Megapixel camera there would be no discussion about the quality of the images.

But what about low end cameras? How good is good enough? There are hundreds of models of relatively inexpensive cameras available today. You can buy a good camera at any Walmart, Best Buy or Costco store in the world. The most popular (i.e. best selling) cameras are still made by Canon and Nikon. Samsung and Sony are now becoming popular. The price range of fully functional cameras with adequate lens systems runs from around $150 to about $400. The only limitation is that you are careful to buy the latest model of the camera by checking on the manufacturer's website. Many outlets sell older models at a competitive price without telling you there are newer models of the same camera available at about the same price.

Personally, I have purchased two lower priced cameras in the past couple of years, one a Nikon and the other a Sony. I have tended to use the 20.4 Megapixel Sony Cyber-shot DSC-HX300/BC more than I do my Canon. This is due to weight considerations and the fact that the quality of the images is comparable.

Many cameras now come with 16 Megapixel sensors. The main difference between the cameras is the size of the sensor and not the number of Megapixels. A full-frame (35mm equivalent) camera will still be expensive, in the $2,000 range, but for genealogical purposes (excluding archival issues) even the cameras in your smartphone will produce adequate images. The new Apple iPhone 6S has a 12 Megapixel camera with a f2.2 aperture lens. The camera in the iPhone 6S will also take a panorama shot with up to 63 Megapixels.

The bottom line is that if you buy one of the major brand cameras with a good lens you can get good photos that will be good enough for uploading and viewing.
Posted by James Tanner at 8:23 AM