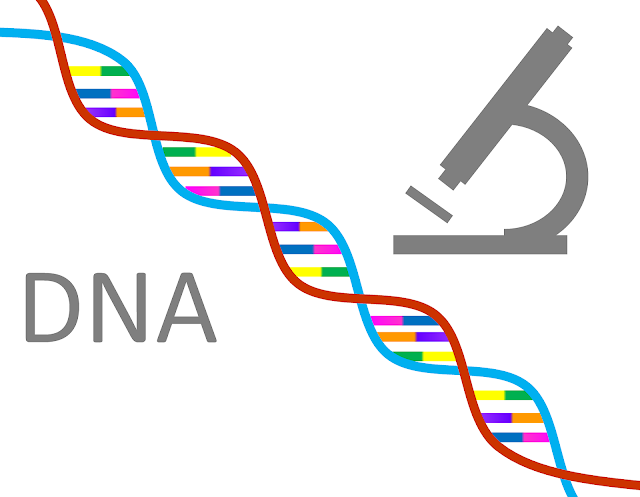 During the past year or so, I have been reading and studying about genealogical DNA testing. Of course, I do not have degrees in any related subjects, but as a trial attorney, I have spent my adult life learning enough about a variety of subjects to represent clients in serious litigation issues from airplane crashes to complex real estate transactions. So I am not an expert. Were I still practicing law and faced with a court case involving the DNA issues, I would advise my client to hire an expert witness. But in order to prepare for a trial, I would have to understand enough about the subject to ask intelligent questions and perhaps discredit an opposing party's DNA expert. I think I have gotten to that point in my understanding. I feel that I have a basic understanding of both the strengths and weaknesses of genealogical DNA testing and if confronted with a complex issue, I can find documentation and explanations for possible issues that might arise.

One disturbing issue with genealogical DNA testing is the mixed results obtained by genealogical researchers when the results of tests from different DNA testing companies are compared. It is not necessarily an issue with the accuracy of the testing processes, but it does raise some serious concerns about the methodology and reporting processes between the different companies. Were I faced with a litigation issue based on a claim from an opposing party involving the results of DNA test, I would immediate request that another test be taken from a different company and I would expect that the results would be different enough to greatly weaken any claims being made on the basis of only one test from one company.

Genealogical research involves the process of examining historical records for information about ancestral origins. Relationships are discovered through existing documentation pertaining to deceased ancestors. Much of the time, the available documentation is insufficient to be conclusive. The goal of genealogical research, in the main part, is to adequately identify ancestral lines with sufficient documentation to convince ourselves and others of the validity of the conclusions reached. Where there is insufficient documentation, conflicting opinions as to the identity and validity of the ancestral conclusions are common and expected. It is also not uncommon for genealogical researchers to have greatly varying degrees of expertise in both in researching records and in reaching valid conclusions from the existing records. In addition, the larger, worldwide, genealogical community contains a great number of adherents to genealogy and family history that have only a very casual understanding of the historical research nature of the subject.

By adding DNA testing to the mix of genealogical research, we are in a real sense, increasing the level of complexity beyond the capability of most of the casual participants. Not only is the pursuit of genealogy complex, but by adding in another, perhaps an even more complex process of determining relationships, we have surpassed the interest and ability of nearly everyone. By making DNA testing a popular and faddish practice, we have imposed yet another level of obfustication and confusion on the larger genealogical community.

My basis for making these conclusions comes from the increasing number of commentaries on the results obtained from multiple DNA tests taken by the same individual. I am not going to list all of the online commentaries about the difficulties experienced in interpreting and comparing multiple DNA tests, but one excellent analysis comparing three tests of the same individual is the following:

I would also point you to my friend, Louis Kessler's recent article that I previously cited.

My MyHeritage DNA Results Have Come In by Louis Kessler

These two posts are representative samples of the confusion and uncertainty that can arise from multiple tests.

The tragedy of this situation is that I am now getting involved questions from patrons at the Brigham Young University Family History Library concerning their DNA tests and the conflicts between multiple tests. My own opinion is that given the results of multiple tests and the lack of corresponding support from traditional genealogical research, there is little basis for relying on DNA tests.

Now, it is important to distinguish between the generally nebulous results from a general DNA test and the ability of these tests, coupled with extensive online family trees to find "relatives" in the first four or five generations of a particular pedigree. DNA tests have been now long used by courts to establish paternity and other close family relationships. This is a given fact. But there is no support for extending the same degree of confidence in close familial relationships out to the greater extrapolations made from the general population. As is very well pointed out by Debbie Kennett, the number of tested subjects for comparison are still way too small to provide any degree of accuracy. But when DNA results are incorporated into an extensive online family tree program, there is a rather larger probability that the relationships, inclusive in four or five generations, are reasonably accurate.

This situation might change as the number of people taking DNA tests and at the same time having accurate and documented pedigrees increases, but presently we are not at that level of certainty.
Posted by James Tanner at 6:46 AM