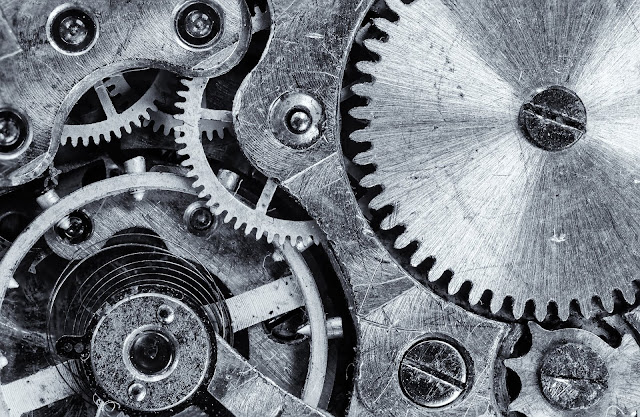 I recently totaled up the number of posts on my three main blogs and the number came out to 10,832. I have a few hundred more posted in now abandoned blogs, but this is the main number. In addition, I have written or co-authored more than 25 books, mostly on genealogy and hundreds of other published and unpublished articles and newsletters. Of course, that number will change after today and every day thereafter.

As technology changes and as the attention of the masses shifts from social network to social network, I still see blog posts as the most substantial and content-rich method of online communication. I do post all my blog posts on a number of other social networking programs, but that is only a concession to the reality of where the people are viewing content. I do have a Facebook page for Genealogy's Star and I suppose I ought to post there more often.

When I was younger and writing mainly with a pencil or pen and paper, the whole process was tedious and painful. When I learned to type in high school, the process was not much better. I could type but made so many errors that correcting my writing took more time than writing. When I finally got computers and word processing, they were liberating. I could finally type almost as fast as I could think and make corrections on the fly with a minimum of effort.

As time passed, I realized that I would not be very proficient in many of my interests. I was not talented or coordinated enough to play sports, I couldn't make things with my hands unless I wanted to spend more time correcting my mistakes than actually making things. One day, I finally realized that the things I could do involved speaking and writing. I tried to write some fiction but decided that what I wrote was most pretty sappy and not at all satisfying. Meanwhile, I kept writing technical, legal, and special interest material in a constant stream. When I became overwhelmingly interested in genealogy, it was only natural that I would start to write and talk about genealogy.

Now, I spend a lot of time writing and preparing presentations and classes. People ask how I come up with the ideas. That has never been a problem. I usually have a list of topics to write about and by reading and listening and working with people, I come up with plenty of ideas. It is always surprising to me that anyone likes or reads what I write or listens to what I have to say. But I would probably talk and write to myself if no one cared to listen.

My main creative outlet has turned out to be photography. This is something else I have done nearly all my life. Again, I take photos for my own satisfaction and the fact that anyone likes them is still surprising.

Will I stop writing? No. Will I stop taking photos? No. Well, someday I will have to stop simply because I will wear out. But meanwhile, I will keep on keeping on. Oh, one more thing. I do sleep.
Posted by James Tanner at 6:18 AM