The FamilySearch Family History Library (FHL) has about 330,000 visitors every year. To accommodate all of those visitors, the FHL has a full and part-time professional staff of about 100 with about 600 additional trained volunteers. Located in downtown Salt Lake City, Utah, just across the street from the Temple Square of The Church of Jesus Christ of Latter-day Saints, (See also new.lds.org) the FHL has the following in its collection:

According to Don Anderson, FamilySearch Director of World Wide Support Services, 63% of the patrons who come to the FHL find an ancestor when this is their goal.

I have extensive experience in the FHL in Salt Lake as well as many other both regional and smaller local family history centers. The resources of the volunteers are amazingly extensive. If you would like to know if there is a center near you, just go to the Beta.FamilySearch.org website and click on the link to FamilySearch Centers. 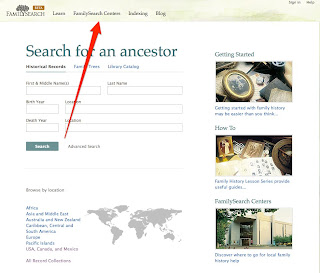 In the next screen you can enter your ZIP code or City and State and find a center near you. 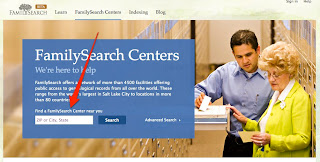 I would suggest that you call ahead to determine the current hours of operation and to find out what resources are available so you will not have unrealistic expectations of the resources available. However, the larger regional centers are very well staffed and have many resources.

Thanks to Don Anderson for some of the information used in this post.
Posted by James Tanner at 10:19 AM