Getting Started with Japanese Genealogical Research

You can use Google Translate to translate this post into Japanese. あなたは、Googleが日本に翻訳するに翻訳使用することができます。 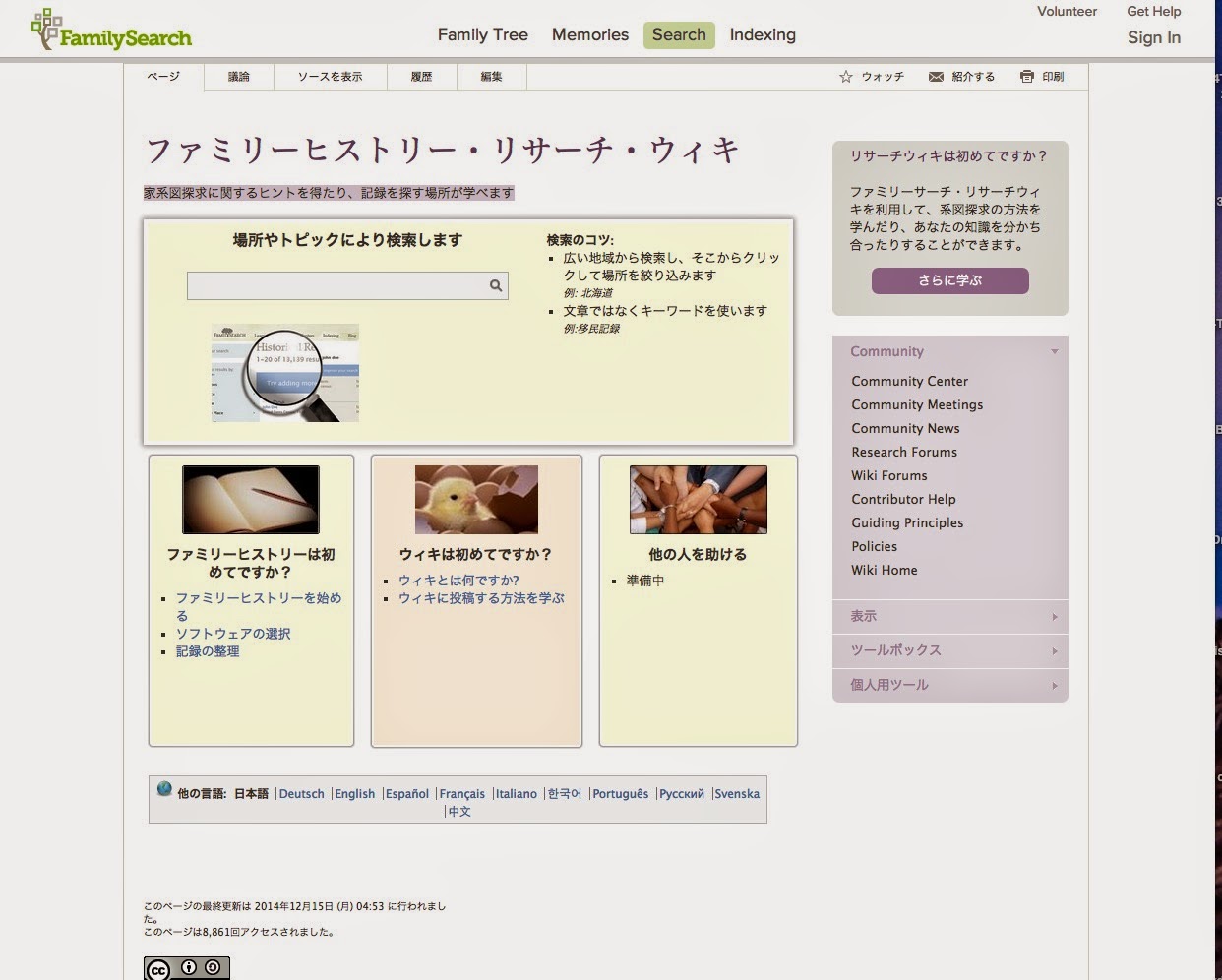 Japanese immigration into the United States began slowly. The earliest immigrants began coming in the 1860s and the number of Japanese speaking immigrants did not reach into the thousands until the 1880s. The largest number of immigrants came to the U.S. in the early 1900s. See Japanese Immigration from the Library of Congress. See also the Japanese American National Museum, Brief Historical Overview of Japanese Emigration, 1868 - 1998.

Obviously Japanese genealogy can seem to be a challenge if the researcher does not know how to read Japanese, but in reality the challenge is no greater than learning any other non-Latin or Roman alphabet. There are three main Japanese scripts; Kanji, Hiragana and Katakana.

Compiled History and Genealogy of Clans and Families (Keizu)

These records are compiled genealogies, organized collections of lineage data, family histories, pedigrees, family and community genealogies, some manuscript and some published. Includes feudal lord genealogies (daimyo kafu), court genealogies (kuge kafu), samurai genealogies (samurai kafu), (bukan), and similar records. Formats vary considerably in Japanese genealogies. Some are extremely elaborate and others brief. Linked format with main line and patriarchal emphases are fairly standard. The earliest genealogies date from the 800s and are still being produced at the present time; the main coverage is from 1550 to the 1870s.Many Japanese genealogies created during the Edo Period (1603-1867) are filled with errors and should be checked against reliable sources.[1]