DNA Back to Adam? 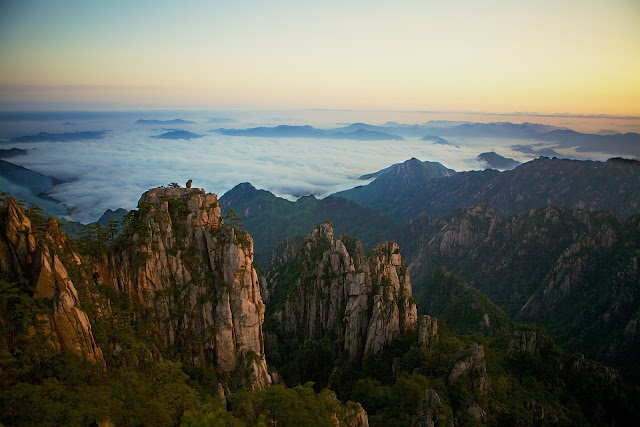 One thing that is definitely missing from genealogical DNA testing results is a time frame reference. This screenshot from Ancestry.com's DNA test results page tells the story with a vague statement about "Thousands of years ago.." 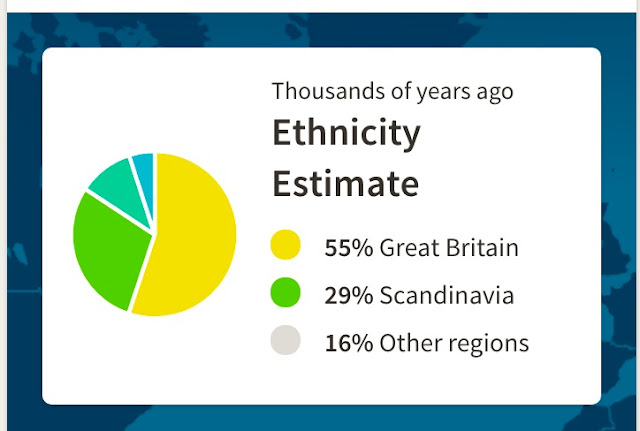 Exactly how many "thousands" of years are we talking about? A significant portion of our world's population has a highly compressed view of the time our world has existed. Time estimates for the "mitochondrial Eve" or the "most recent woman from whom all living humans descend" puts some estimates into hundreds of thousands of years. See the following for a sample of the opinions being expressed:

As a genealogist, how does information about my ancestors in "Great Britain" help me understand my heritage? This is especially true considering the fact that "Great Britain" has only existed as a political entity since 1707 with the political consolidation of England and Scotland into a united kingdom called "Great Britain." See Wikipedia: History of the United Kingdom.

Here is a quote from Ancestry.com's own DNA article about "Great Britain."


At the end of the Last Glacial Maximum, 12,000 years ago, the sea levels around northern Europe were low enough for Stone Age hunter-gatherers to cross, on foot, into what are now the islands of Great Britain. Farming spread to the islands by about 4000 B.C., and the Neolithic inhabitants erected their remarkable and puzzling stone monuments, including the famed Stonehenge.

Beginning in about 2500 B.C., successive waves of tribes settled in the region. These tribes are often termed ‘Celts’, however that term is an 18th century invention. The Celts were not a nation in any sense, but a widespread group of tribes that shared a common cultural and linguistic background. Originating in central Europe, they spread to dominate most of western Europe, the British Isles and the Iberian Peninsula. They even settled as far away as Anatolia, in modern-day Turkey. Their dominance could not withstand the rise of the Roman Empire, however.

Which of these "widespread group of tribes" am I genetically related to? I have a background in languages with a Masters Degree in Linguistics. My early English ancestors did not speak "English." Old English, the earliest language recognized as English, is sometimes called Anglo-Saxon and is commonly estimated to have come to the British Isles in the middle of the 5th Century. Here is a fairly good summary of the linguistic situation in Britain from the Wikipedia article on Old English.


Old English developed from a set of Anglo-Frisian or North Sea Germanic dialects originally spoken by Germanic tribes traditionally known as the Angles, Saxons, and Jutes. As the Anglo-Saxons became dominant in England, their language replaced the languages of Roman Britain: Common Brittonic, a Celtic language, and Latin, brought to Britain by Roman invasion. Old English had four main dialects, associated with particular Anglo-Saxon kingdoms: Mercian, Northumbrian, Kentish and West Saxon. It was West Saxon that formed the basis for the literary standard of the later Old English period,[3] although the dominant forms of Middle and Modern English would develop mainly from Mercian. The speech of eastern and northern parts of England was subject to strong Old Norse influence due to Scandinavian rule and settlement beginning in the 9th century.

All of that history is summarized in my 55% of ethnicity from Great Britain. But since the earliest extant Old English document dates from around 600 A.D, it is highly unlikely (impossible) to reconstruct any reliable genealogical records from that time period.

The fact is that in the sense provided by an ethnicity report, we are talking about two entirely different historical realities. On one side, we have genealogy; the study of historical written records about our families and on the other side; we have DNA testing that produces relationships dating back hundreds of thousands of years.

The real use of DNA testing for genealogical purposes lies in establishing very recent relationships dating back, at the most, about six or seven generations. Giving me a vague and contradictory "estimate" of the ancient DNA relatives is interesting and perhaps thought provoking, but it is not genealogy in the sense of historical investigation.

Serious genealogy eschews the extension of pedigrees back into antiquity that claim connections with Biblical origins, but at the same time embraces speculative estimates of vaguely defined genetic origins that ignore geographic realities. How do we justify this contradiction?