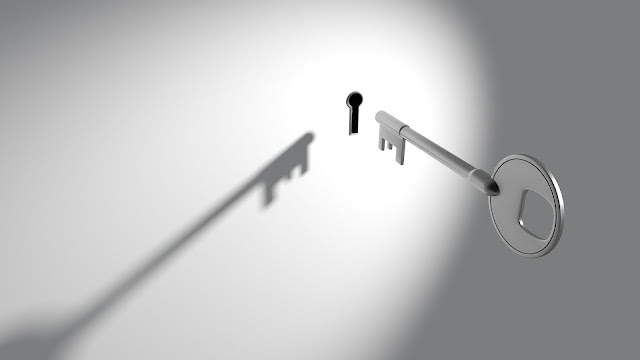 We recently had some business to conduct at the Department of Motor Vehicles to replace a lost vehicle title. As we entered the building, I observed long lines of people waiting to have their photo taken for driver's licenses. I also had to present my driver's license for identification before I could talk to the clerk processing the replacement title. I also recall that during a recent trip to the bank, I had to present my driver's license before the bank employee would talk to me about my account. In driving down the freeway, I noticed a few cars stopped by the highway patrol due to an increased emphasis on enforcement over the holiday season. If you have ever been stopped, you know the first thing they ask for is your driver's license. There is also an automatic check on your car's license plate number and registration. The officer also routinely asks to see your insurance.

When you applied for car insurance, you filled out a form with a lot of "personal" information including your social security number. I recently got a prescription refilled, and I had to give my date of birth to obtain the prescription. We live in a complex world society and identification of every individual is a fact of life. So what is and what is not "private?"

What about genealogy? My bank still uses my grandparents' names for a second level verification for online banking even though this provides a trivial level of security. I have written about privacy dozens of times in the past and repeatedly pointed out the disparity between what is commonly believed and accepted about privacy and the reality of our society. If you really want privacy in the old, outmoded sense, you would have to avoid all forms of electronic communication including telephones. You would also have to give up driving or owning any form of titled vehicle. You would have to give up going to doctors or the hospital. You would have to avoid talking to or communicating with any of your relatives. You would need to avoid interstate travel and not make any purchases with credit cards. Even using cash to make purchases would mean you could make no major purchases. You would have to live somewhere that did not make use of any security cameras. Of course, you could not vote or ever express an opinion in writing. The list could go on and on.

Guess what? You would have to give up doing any genealogy at all. The whole idea of genealogy involves making connections with your ancestors and relatives. Today, it involves a lot of online research. Even if you eschewed online research completely, you might still have to have a library card and a permanent address. The point is that all current interactions in our worldwide society require giving up some measure of complete privacy.

The last time I checked, a Google search on my name and any associated term, such as genealogy, results in tens of thousands of results. On any given day, I probably spend anywhere from ten to fourteen hours online. I also spent 39 or so years doing "discovery" to support litigation in courts including the Federal courts. Essentially, the word "privacy" simply means there are some things I don't talk about.

If you do genealogy in a vacuum, like I did for the first 20 years or so, you can get the impression that you are the only one interested in the subject. The reality is that all your research will likely be merely a duplicate of what has already been accumulated. Can you really believe that with millions upon millions of online family trees that you don't have at least one relative looking at the same family lines you think are so unique? It does not really matter where your family came from either. For example, MyHeritage.com has members in every single country of the world.

The essence of genealogy is the idea of a shared heritage. "Private" family trees practically insure inaccuracy and duplication of effort. Genealogy is about making connections and the DNA testing is all about making, even more, connections than was ever before possible. Do we give up some "privacy" when we take a DNA test? Perhaps, but from my own perspective, nothing that is not already available online and easily obtained with the right connections and a willingness to pay for data.

In my recent posts about DNA testing, I referenced newscasts that highlighted the use of DNA evidence in criminal investigations. With a little research, I found Ancesty.com Guide for Law Enforcement. You might also want to read, "Setting the Record Straight: Ancestry and Your DNA." The information from Ancestry.com shows that many of the uninformed online statements regarding genealogy, DNA testing, and privacy are pure fiction.

If you read the news, you will realize that very few criminals are identified through DNA testing; far fewer than are identified from video CAMs now all over most developed countries. If you are a criminal or thinking about becoming one, you might want to stay away from DNA testing and genealogy altogether.

Lastly, dead people have no rights to privacy. Period.