DNA, National Origin and Race: Comments on a revolution 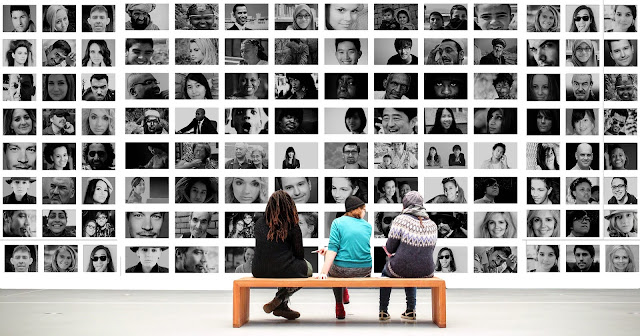 One of the fundamental experiences of our universal human experience is the diversity of our physical characteristics. To a large extent, our societies have been based on these superficial differences, even those as inconsequential as height and weight. In the United States, race relations based on arbitrary divisions such as national origin have been the cause of riots, oppression, and a huge civil war. Inter-race relations are a constant and contentious background news topic.

At the same time, artificial differences based on arbitrary political boundaries have caused even more problems and contention. In the United States again, people from certain politically defined areas of the world are automatically subject to prejudice and oppression. When I was younger, we fought a war against a country that was constantly vilified as the "enemy" but now, we are "friends" and trade partners. Perhaps the war could have been avoided had we been more interested in trade than policing the world.

The insurgence of popular DNA testing has the potential to begin to eliminate these perceived differences between people. But presently, the genealogical DNA testing results that are being provided to genealogists and other interested people are being presented in a way that enhances differences and perpetuates race and national origin issues. The test results highlight differences rather than similarities. Let me explain what I mean by this statement. When I have taken DNA tests, the results come in at two different levels. The initial results show me an estimate of the geographical distribution of my ancestors from whom I inherited my own DNA. The results are expressed as a percentage of the shared DNA. What is obscured by these results is the fact that humans share over 60% of their DNA with bananas. See Pfizer Get Science, "How Genetically Related Are we to Bananas?" Quoting from the Smithsonian's human origins website:


While the genetic difference between individual humans today is minuscule – about 0.1%, on average – study of the same aspects of the chimpanzee genome indicates a difference of about 1.2%. The bonobo (Pan paniscus), which is the close cousin of chimpanzees (Pan troglodytes), differs from humans to the same degree. The DNA difference with gorillas, another of the African apes, is about 1.6%. Most importantly, chimpanzees, bonobos, and humans all show this same amount of difference from gorillas. A difference of 3.1% distinguishes us and the African apes from the Asian great ape, the orangutan. How do the monkeys stack up? All of the great apes and humans differ from rhesus monkeys, for example, by about 7% in their DNA.

So, the differences highlighted by the genealogical DNA ethnicity tests involve only a minute portion of our total DNA and so the actual differences between individuals are slight. These results imply that we are significantly different from those people with whom we should do not share any DNA from test results. However, in reality, we are all very closely related. Currently, in part because of these tests, we can justify being even more divided, once again based upon extremely small and superficial differences.

In addition, the current DNA tests assign us to ethnicities that are composites. So for example, one DNA test indicates that I am 74% English. But what does it mean to be English? Who is included in this category? If it is meant to include those who live in England then the results are misleading because there is a hugely diversified population in England. Unfortunately, in most cases, we are not supplied detailed information concerning how these categories are selected. In any event, the percentage of the entire human genome used to calculate relationships is extremely small.

By looking at the results of one of my DNA tests, I could conclude that I am related to people in many countries which are presently extremely unfriendly with the United States including some where wars have been going on for a considerable time. We are, in a very real sense, fighting wars with my relatives. Promoting extensive, world-wide DNA testing may end up having some rather interesting results. For example, think about how world history might have been altered had cheap, easy DNA testing been available a hundred years ago.

Genealogists who look at DNA testing as only another tool for finding relationships and determining the identity of ancestors are really ignoring the more revolutionary aspects of the entire movement.