Genealogy and History: How do they relate? 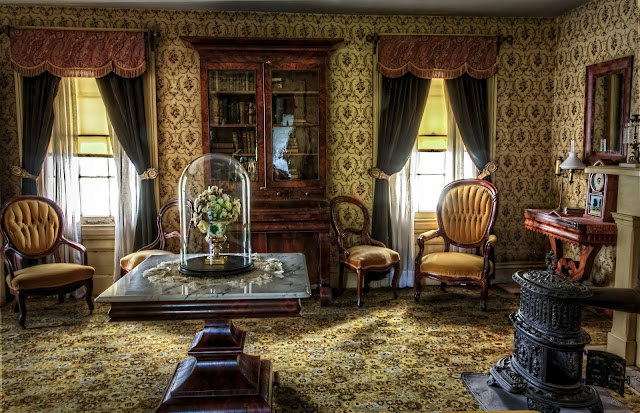 If we look at a bare entry in a family tree program the person represented would not be real in any sense. The listing of a date and a place fails to transmit any information at all. Viewed in this way, genealogy can hardly be considered to be history. It is more akin to compiling directories or making lists of items to purchase on a shopping trip. I have used this quote before, but it bears repeating. 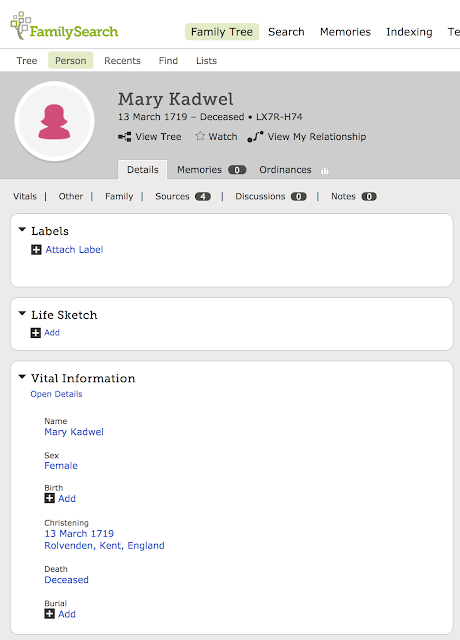 Although this screenshot indicates that Mary Kadwel has "four sources" there is no other information about this person in the Family Tree. She apparently lived in a town in Kent County, England called "Rolvenden." This is always a good place to start understanding who this person was and what kind of a life she lived.

Here is a short summary of Rolvenden from Wikipedia: Rolvenden.


Rolvenden is a village and civil parish in the Ashford District of Kent, England. The village is centred on the A28 Ashford to Hastings road, 5 miles (8.0 km) south-west of Tenterden.

The settlement of Rolvenden Layne, south of Rolvenden, is also part of the parish and shares in its shops and amenities.

This doesn't tell us much about the town that could apply to the individual, but the Wikipedia article goes on to relate some historical background of the place. But some of the information in this history is tremendously interesting to this particular family line. This person happens to be my Sixth-great-grandmother and her descendants, down to my Great-great-grandmother lived and were christened in Rolvenden. They left England for Australia in 1849. The Rolvenden article states the following:


The population declined between 1830 and 1850, when many people left during and after the Swing Riots. This was caused by the public vestry system of Rolvenden parish making the conscious decision to provide the poor with a single payment for assisted passages to the colonies, as opposed to large ongoing payments for parish relief.

These ancestors were certainly poor agricultural workers. The reference to the "Swing Riots" and the payment for assisted passages impacts this family directly. My Great-great-grandmother, a direct descendant of Mary Kadwel, left England with her family and emigrated to Australia in 1849. This historical background not only adds to an understanding of Mary Kadwel but it also helps to explain the subsequent emigration to Australia of two of my ancestral lines.

If you happen to have English ancestors and any of them emigrated from England from around 1830 to the 1850 or later, you may wish to read the article linked above about the Swing Riots. This may help explain why and how your ancestors came to America or to went to Australia. In my case, we may find more information in the Poor House or Poor Records.

History is not just wars and kings, it is real people living in their own times.
Posted by James Tanner at 9:03 AM