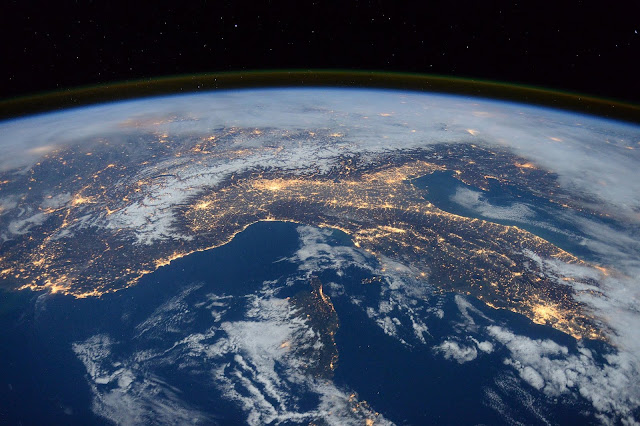 I commonly find that people in online family trees have birth, marriage, and death locations listed as a county, a state or even a country. Here is an example: 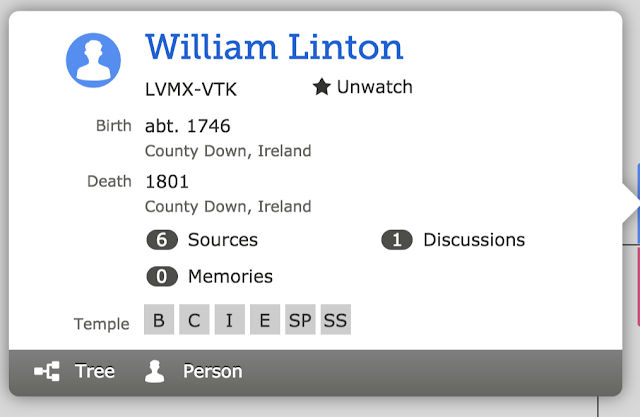 This person has no contact with the earth and neither do the people who have recorded these ancestors.  This is further illustrated by this same person who has one marriage listed in 1763 in Bucks County, Pennsylvania and another marriage in County Down, Ireland in 1766. He also has a child born in Derry, Ireland in 1768 and another who died in Virginia in 1851. Descendants of this person are born in Tyrone, Ireland in 1801 while others were dying in 1818 in Pennsylvania.

When I talk to people about this kind of situation, I consistently hear the claim that it could have happened that way. At this point, I always go back to The First Rule of Genealogy: When the baby was born, the mother was there. This rule is a reminder to stay on the earth and not float off into outer space while doing your genealogical research.

Anytime you cannot connect a person to an exact location on the surface of the earth, you are speculating about any proposed relationship. In the Linton line above, the connection to the earth was lost when someone added a parent born in 1775 supposedly in County Down, Ireland to someone born in 1801 in County Tyrone, Ireland. Given the time frame, is possible? Like I said, I always get the argument that it was possible. But in this case, there are no records showing exactly where the person born in Tyrone, Ireland was born. The information about his birth was "passed down" through the family. So anything showing a birthplace for his parents is pure speculation.

A point of explanation: We start our genealogical research by moving from what we know and then finding documents and records that fill in what we do not know. When we look at these connections, the geographic locations have to match up exactly.

In the United States and many other countries in order to sell real estate, you need to prove ownership by establishing a "chain of title" between the original owner and the present buyer. In some cases, the original owner may have acquired the property hundreds of years earlier. The chain of title documents all of the transfers from the original owner to the present. This is what we need to do in genealogy. There needs to be an unbroken chain of geographic locations showing that you have the right person in every step.

In some cases, the argument that people move from one place to another is valid. For example, at one time or another from birth, I have lived in seven or eight different states. But this type of situation changes as you go back in time. The especially true in the 1700s when travel was extremely difficult and limited. If you have ancestors who lived in one part of the world and you think they showed up in another part of the world, then you are under the obligation to show how that happened with documentation.

Of course, I have ancestors that came from England to America. I also have ancestors that went from England to Australia and then to America. I have ancestors who came from Denmark to America. Those movements are well documented. But could those same ancestral families have moved around in Denmark, England, Austraila and so forth? All of the movements from country to country occurred in the 1800s. Going back into the 1700s all of the documented locations for my families begin to focus on specific locations. If there is a possible movement or marriage from separate counties, then this raises an issue of accuracy and the burden is on me to show documentation how this movement might have occurred.