What would I do differently? A Genealogical Perspective 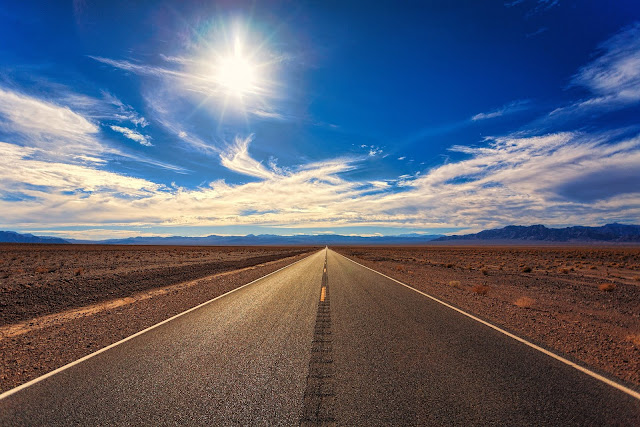 After many years of intense involvement in genealogical research and its associated activities and we come to the end of another year (2018), it is time to take a step back and review my life as a genealogist. If I had the opportunity, what would I have done differently? It is fundamental that I know a great deal more about doing research and organizing my information than I did 30+ years ago and it is also a given that technology has changed dramatically. If I had access to today's technology back in 1982 when it all started, many of the problems and challenges I have today would have been long ago resolved. That would be the case for any of us, but in this case, what I would like to do is to discuss how I would start differently now than I did back then.

The very first thing that comes to my mind when I speculate that things could have been different is the need for basic education. I had been "practicing" genealogy for years before I found the books and took the classes necessary to advance from copy work to real genealogical research. As a pursuit, genealogy is often classified as a "hobby" and given the extremely broad definition of hobbies, it could be classified as such but the fact that genealogical research deals with families puts it into a unique category. I can participate in photography, as an example, as a hobby and no one else needs to know about my interest or what I produce. Genealogy, on the other hand, is intimately entwined with family relationships. Granted, I do not have to share my "genealogical research" with anyone, but what I produce is de facto shared with all my relatives. Anyone else in my family could produce exactly the same corpus of work as I do.

So, since when I started, I was lacking in the perspective provided by formal or even informal training in genealogical methodology, I had to make it up as I went along. My initial impulse was to determine "what had been done." This impulse came from my academic background. I spent about fifteen or so years simply copying the work that had been done by others. Part of this activity is necessary for anyone who wishes to start investigating their family history, but even though I spent some time evaluating the information I was gathering, I failed to gather source documents or impose an adequate organization on what I gathered. The results of this effort were that I had a huge amount of information and had incidentally accumulated a huge pile of documentation.

Part of the problem in my early days was that I was entirely unaware of the educational resources that were available. This was due primarily to the fact that there was no mechanism for connecting with and benefiting from other genealogical researchers. According to a timeline from Genealogy.com, the first national genealogical conference was held by the National Genealogical Society in 1981 in Atlanta, Georgia about the time I started my genealogical research. There is really no excuse today for anyone to start out on their genealogical journey without some basic training. This is one of the fundamental reasons I have become involved in teaching people over the years. In addition, it is also a motivation for being involved with The Family History Guide (thefhguide.com). If I had had access to such a resource, the entire scope of my genealogical interests would have been tremendously different.

Part of the problem of putting this issue into some sort of perspective is the overwhelming influence technology had and continues to have on genealogical research and methodology. My genealogical activities were concurrent with my immersion in computer technology. Although my involvement with computers predated my interest in genealogy, I immediately began using computers and the rudimentary genealogy programs of the day to try and organize and correct the mass of genealogical data my research produced. You could still start doing genealogical research with a pencil and a piece of paper but you can also walk across the United States, but what is the point? For example, today there is a resurgence in the use of "film" cameras. Some of the companies who used to manufacture film has even begun remanufacturing camera film. Although there are adherents who can defend their use of film, it is interesting that the only way I can see the product of their efforts is if they digitized their film photographs and put them online. The same thing happens today in genealogical research, there are those who adhere to the "traditional methods" of doing genealogy but do so by ignoring the benefits of technology. In fact, in many cases, the technology is demonized.

So, what would be different about my genealogical journey if I had taken advantage of educational opportunities? Everything. Ironically, many of what I consider to be the best books written about genealogical research were already written in 1982, but I was unaware of them and without the internet, there was no real way for me to find these books.

In short, if I had the opportunity to start over, I would learn all I could about genealogical research. I would read every book I could find, I would attend classes, I would use the vast resources of the internet including The Family History Guide, and I would find someone to help me get started.

Ultimately, I did all those things. Part of my learning came from taking Individual Study courses from Brigham Young University for five years. These wonderful classes from great genealogists such as Kip Sperry and George Ryskamp, helped me begin to gain some control over the mass of information that seemed endless. Guess what, even after all these years it is still endless.
Posted by James Tanner at 9:16 AM