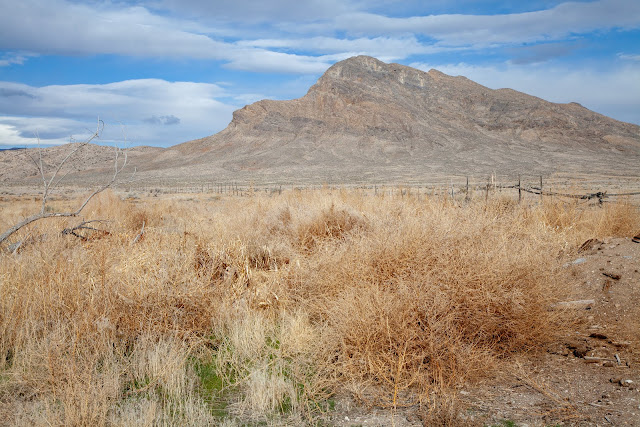 You would think that tumbleweeds were iconic in the West but actually, pioneers did not have tumbleweeds. They are really Russian Thistle or Kali tragus. Here is a quote from Wikipedia about this particular species of tumbleweed.


Kali tragus is a species of flowering plant in the family Amaranthaceae. It is known by various common names such as prickly Russian thistle, windwitch, or common saltwort. It is widely known simply as tumbleweed because in many regions of the United States, it is the most common and most conspicuous species of tumbleweed. Informally, it also is known as "salsola", which was its generic name until fairly recently.

It first appeared in South Dakota in the 1870s when flaxseed from Russia turned out to be contaminated with Kali seeds. There are several species of ruderal weed. The whole subject of this type of plant turns out to be very complicated. But it is certain that early settlers did not have to deal with this type of tumbleweed. In the photo above the tumbleweeds are the darker colored brushy plants. When we were young, we made some amazing fires out of tumbleweeds.
Posted by James Tanner at 7:02 AM