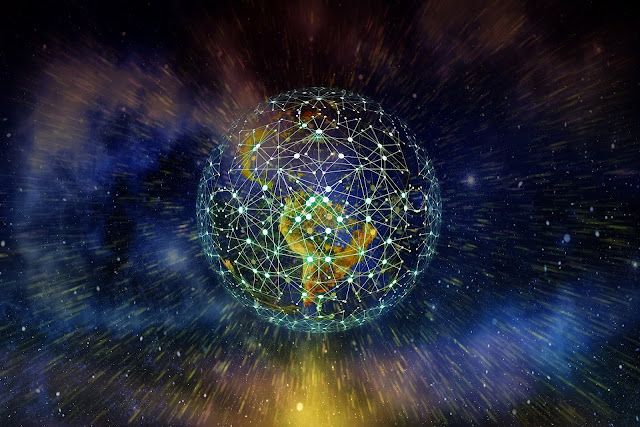 Genealogists tend to accumulate stuff. Some of this stuff has historical significance. Preserving the historically important part of all this stuff is a major part of our joint cultural heritage. We preserve all this historical stuff in museums, libraries, archives, and similar repositories. Despite the best efforts of preservationists, this physical stuff can decay, be destroyed, or lost in many different ways. Some of the stuff that is lost cannot be replaced and as a result, our historical and cultural heritage is incomplete. As genealogical researchers, we inevitably reach the point in our investigations when the loss of historically significant documents impedes or stops our research.

Presently, there are about 7.7 billion people on earth. Of course, these numbers change every second.

From this graphic, you can see that about 25 million people die every year. Some of those people will be related to you in some way. Genealogical research is never done, but due to the loss or absence of historically valuable records, most of those people who die every year will disappear from those records that manage to be preserved.

The cumulative cost of preserving a physical record is considerable and increases over time. There is, of course among genealogists, in particular, a lot of hand wringing over the loss of records. But some loss is inevitable and inexorable. Due to technological advances, we can now capture a much greater portion of our collective human history. Because of the technology that allows documents and records to be digitally preserved, the cost of preserving an individual record has plummeted and now approaches zero. But however contradictory as it may seem, the cost of preserving large numbers of records is still substantial and as with physical stuff, the now converted digital stuff will decay, be destroyed, or lost in many different ways.

Any recommendations as to the venue or format of digitization with the object of preservation will suffer the same or similar limitations as those that time and natural physical processes impose on physical records. In order to partially overcome these physical limitations, we need to broaden our perspective of preservation from specific time-sensitive methodology and begin to look at the concept of information preservation. Although we do attach significance to physical objects, as genealogists, we deal primarily in information rather than the form or substance of the method used to record that information.

It is time for some hypothetical examples to begin to delineate the concepts that need to be adopted to ultimately preserve what is important about our historical, genealogical heritage. Let's start by assuming we have a family Bible that contains genealogically important information, a historical resource commonly referred to and used as a genealogically significant form of a family record. This hypothetical family Bible is obviously a physical object that occupies a particular point in our space/time. No matter how this Bible is "preserved" it has a temporal life expectancy. At some point, the paper, leather, and other substances with which it is made will deteriorate. The loss of the Bible will be significant but only historically significant if the information contained in the Bible about the family is also lost.

This example presupposes that we view this particular Bible not only as a physical, historical artifact but also as a "container" or repository of specific family history information. In this sense, we separate the preservation of the historical information contained in the family Bible from the physical object itself. If we preserve the information contained in the family Bible in some fashion by copying it, we preserve the history even if the physical object is lost or destroyed.

The idea that "information" is something that exists separate and distinct from the physical object that containerizes the information is a relatively new concept. The origin of this concept is usually attributed to the mathematician, Claude E. Shannon with the publication of "A Mathematical Theory of Communication" as an article in the Bell System Technical Journal in 1948. It was renamed The Mathematical Theory of Communication in the book of the same name. See Wikipedia: A Mathematical Theory of Communication. Information is the abstract idea of what is exchanged through communication. When a physical object, such as the family Bible in the example above, is lost or destroyed, obviously some or all of the information about that object or that could be derived from that object is lost. But because we now have more efficient digital methods of preserving some of that information, we can more easily and efficiently stem the impact of the loss of the physical object.

In this series, I will focus on the entire process of digital preservation, from the selection of the information to be preserved to the challenge of maintaining the existence. Of necessity, some of the content of this series will involve technical terms and concepts but if you are serious about preserving genealogical significant information, I hope you will benefit from this exploration of the subject.