What is Ethnicity and Why Do We Care? 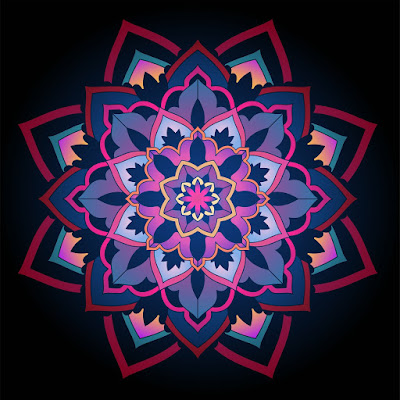 Ethnicity is the big drawing card for genealogical DNA testing. If you obtained a DNA test some time ago, you might have noticed that your "Ethnicity Estimate" has changed, possibly dramatically, since you received your first results. The superficial key here is in the term "estimate." But there is an even more serious issue with the term "ethnicity."

By common definition, ethnicity is the fact or state of belonging to a social group that has a common national or cultural tradition. If you think about what this says, you realize that ethnicity has nothing to do with "race."  But the real questions for genealogists is this: how does a national or cultural tradition get passed along through your DNA?

Let me give you an example. According to my extensive genealogical research over the past 37 or so years, my "ethnicity" does not exist. I do not belong to any specific social group that has a common national or cultural tradition. My "social group" consists of people from all over the world speaking dozens of different languages. Personally, I have lived in three different countries for years at a time and spoken two different languages. I cannot claim any kind of common national or cultural tradition. As I write this, I am eating flan for breakfast with jugo de naranja. I certainly do not share any cultural or national traditions with my Danish ancestors and from the movies, I have seen of England, I share hardly anything (except a form of English) with my English, Scottish, Irish, and Welch ancestors. I have more Latin-American and Spanish language traditions than either British or Danish.

So when the DNA test results tell me that I am a certain percentage English or Scottish or Welsh or whatever, what does that tell me? Oh, but you say. What the DNA testing companies are really trying to tell you is where your remote ancestors came from. Surprise. I already knew all that. But telling me that I have a certain percentage of English ancestors doesn't tell me anything about their national or cultural traditions.

What is a DNA test telling me or you about our ancestors? Interestingly, very little. What a DNA test does tell you is that you share certain selected DNA genetic sequences that match other people with the same DNA genetic sequences. Currently, with my DNA tests, I match up with thousands and people from all over the world. It is no surprise that the vast majority of these matches are from people in the United States. Tabulating the other matches from one DNA test shows matches from 39 different countries. How am I supposed to choose my ethnicity?

Out of my thousands of ancestors who lived in the United States, what was their common social group with a national or cultural tradition?

Let's start with the basics. First of all the DNA test confirmed that some of the siblings (those who have taken the same DNA test) are my siblings, i.e. we share the same parents. However, past that point, I have little to go by on most of my ancestral lines. We are presently looking at a claimed relationship to one of my remote Tanner ancestors that we cannot substantiate through genealogical research. The few cases where we can substantiate a relationship through a common ancestor are not surprising or particularly informative. But isn't this repeating my common observation that DNA only provides helpful information for some narrow situations?

DNA test results can tell you a lot about the first two to four generations of your ancestors assuming some of your relatives have also taken genealogical DNA tests. But a DNA test cannot really tell you anything about your "Ethnicity" other than telling you that you may have matching, living people in a certain list of countries. In some cases, these matches may surprise you or cast doubt on family traditions, but if your family came from England or Africa or the Pacific Islands, telling you that doesn't tell you about your ethnicity, it tells you that you have DNA matches with people from those areas of the world. The number of DNA matches I have from countries around the world makes me wonder more about the reliability of the tests that it does about the results.

If you take a DNA test out of curiosity then keep looking at the results as those results we continue to change. As for any genealogical value, the only way the tests will benefit you genealogically is if you take the time to enter your family tree information into a family tree associated with the DNA test.
Posted by James Tanner at 1:35 AM