The History of the Development of Genealogical DNA: Part Ten: The Advance of DNA Testing 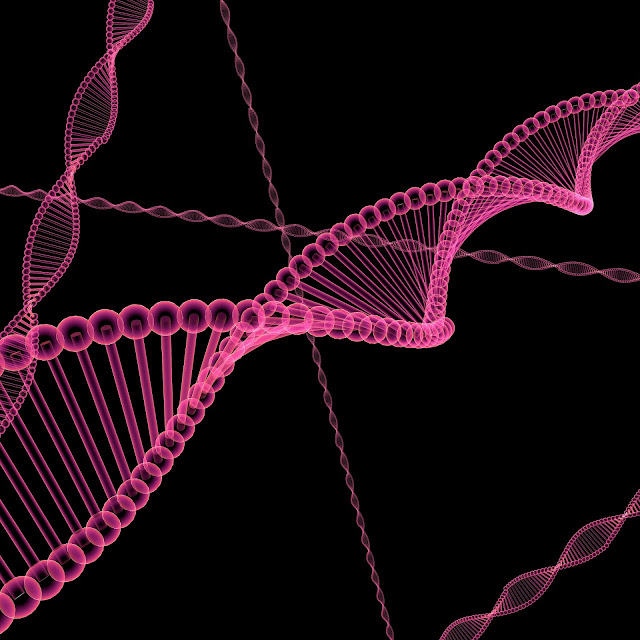 Popular TV shows about crime scene investigation techniques, including DNA tests, pushed DNA into the public view. The first such show was named "Pilot" and aired on October 6, 2000, as the season premiere of CSI: Crime Scene Investigation. In 2003 NCIS began its 16 season run and added to the public awareness of DNA testing.


The first company to provide direct-to-consumer genetic DNA testing was the now defunct GeneTree. However, it did not offer multi-generational genealogy tests. In fall 2001, GeneTree sold its assets to Salt Lake City-based Sorenson Molecular Genealogy Foundation (SMGF) which originated in 1999. While in operation, SMGF provided free Y-Chromosome and mitochondrial DNA tests to thousands. Later, GeneTree returned to genetic testing for genealogy in conjunction with the Sorenson parent company and eventually was part of the assets acquired in the Ancestry.com buyout of SMGF in 2012.

In 2000, Family Tree DNA, founded by Bennett Greenspan and Max Blankfeld, was the first company dedicated to direct-to-consumer testing for genealogy research. They initially offered eleven marker Y-Chromosome STR tests and HVR1 mitochondrial DNA tests. They originally tested in partnership with the University of Arizona.

In 2007, 23andMe was the first company to offer a saliva-based direct-to-consumer genetic testing. It was also the first to implement using autosomal DNA for ancestry testing, which all other major companies now use.

It is not a coincidence that consumer genealogical DNA testing closely parallels the popularization of DNA testing portrayed on nationally popular TV shows. It took some time following the publicity of the double helix beginning in 1953, the Nobel Prize given to Watson, Crick, and Wilkins in 1962, and the sequencing of the genome from 1990 to 2003 for DNA to move from an esoteric scientific study to the mainstream of our existence as humans. As you can see from the very short summary above, genealogists were and are at the forefront of those incorporating DNA test results into their interest in inheritance and the identity of individuals.

In order for a DNA test to be useful for genealogical research, it needs to be coupled with an extensive, existing family tree program. The only way to match individuals is when they take related DNA tests and there is some mechanism for those taking the test to see the connections. The question still remains as to the level of technical details the genealogist needs to know to make substantiated and supported genealogical conclusions. To push on towards a resolution of this question, I need to take a short step back and write further about the development of forensic DNA testing and what is called the "DNA fingerprint."

The first paternity testing relied on blood typing between the child and the alleged parent. See Wikipedia: DNA paternity testing. Here is a short summary of the history from the same article.


The first form of any kind of parental testing was blood typing, or matching blood types between the child and alleged parent, which became available in the 1920s, after scientists recognized that blood types, which had been discovered in the early 1900s, were genetically inherited. Under this form of testing, the blood types of the child and parents are compared, and it can be determined whether there is any possibility of a parental link. For example, two O blood type parents can only produce a child with an O blood type, and two parents with a B blood type can produce a child with either a B or O blood type. This most often led to inconclusive results, as only 30% of the entire population can be excluded from being the possible parent under this form of testing. In the 1930s, a new form of blood testing, serological testing, which tests certain proteins in the blood, became available, with a 40% exclusion rate.

In the 1960s, highly accurate genetic paternity testing became a possibility when HLA typing was developed, which compares the genetic fingerprints on white blood cells between the child and alleged parent. HLA tests could be done with 80% accuracy, but could not distinguish between close relatives. Genetic parental testing technology advanced further with the isolation of the first restriction enzyme in 1970. Highly accurate DNA parental testing became available in the 1980s with the development of RFLP. In the 1990s, PCR, developed in 1983, became the standard method for DNA parental testing. A simpler, faster, and more accurate method of testing than RFLP, it has an exclusion rate of 99.99% or higher.

This summary type of history omits the real issue involved in paternity testing: whether or not the courts would accept the paternity tests, at whatever level, as evidence in a paternity lawsuit. Again referring to the Wikipedia article above,


The DNA parentage test that follows strict chain of custody can generate legally admissible results that are used for child support, inheritance, social welfare benefits, immigration, or adoption purposes. To satisfy the chain-of-custody legal requirements, all tested parties have to be properly identified and their specimens collected by a third-party professional who is not related to any of the tested parties and has no interest in the outcome of the test.

The quantum of evidence needed is clear and convincing evidence; that is, more evidence than an ordinary case in civil litigation, but much less than beyond a reasonable doubt required to convict a defendant in a criminal case.

In recent years, immigration authorities in various countries, such as United States, United Kingdom, Canada, Australia, France, and others may accept DNA parentage test results from immigration petitioners and beneficiaries in a family-based immigration case when primary documents, such as birth certificates, that prove biological relationship are missing or inadequate.

The discovery of the blood groups by Karl Landsteiner in 1900 resulted in his being awarded the Nobel Prize in Physiology or Medicine in 1930. Here is a short explanation of the history from Wikipedia: Karl Landsteiner.


Karl Landsteiner, ForMemRS, (14 June 1868 – 26 June 1943) was an Austrian biologist, physician, and immunologist. He distinguished the main blood groups in 1900, having developed the modern system of classification of blood groups from his identification of the presence of agglutinins in the blood, and identified, with Alexander S. Wiener, the Rhesus factor, in 1937, thus enabling physicians to transfuse blood without endangering the patient's life. With Constantin Levaditi and Erwin Popper, he discovered the polio virus in 1909. He received the Aronson Prize in 1926. In 1930, he received the Nobel Prize in Physiology or Medicine. He was posthumously awarded the Lasker Award in 1946, and has been described as the father of transfusion medicine.

For a detailed analysis of the history of paternity testing see the following.

Paternity lawsuits are seldom appealed and the evidentiary issues are similar to any type of evidence involving testimony by an expert witness.  In Arizona, for example, proof of paternity relies upon four presumptions. See Paternity Establishment by Presumption of Paternity quoting A.R.S. § 25-814.


In Arizona law, in general, a man is presumed to be the child’s father if:
Those presumptions are rebuttable with clear and convincing evidence, so they may be challenged. Additionally, if a court decree established another man’s paternity of the child, then the presumption of paternity is rebutted. A.R.S. § 25-814.

Genealogists, for the most part, ignore the technical, legal requirement for establishing a valid relationship and jump past all of the custodial and testing requirements and formulate their opinions based on the findings of unsubstantiated DNA tests that do not provide for verification.

Stay tuned for the next installment