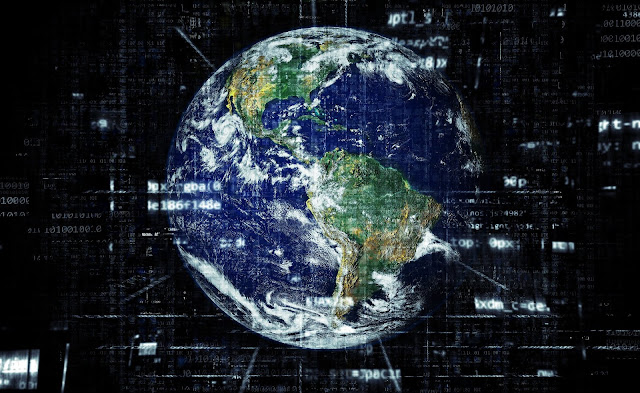 What does it cost to preserve a historical, genealogically significant document? Let's compare the cost of preserving physical documents versus digital documents. Exact costs for storing and handling are dependent on the number of documents, the document's original condition, the location of the documents, and many other factors. Here is a quote from the U.S. National Archives in a short article entitled, "Storage and Handling."


Storage is the first and best means of defense in safely preserving archival holdings. Choices made in storage type and methodology have the greatest influence on the long-term preservation of records.

A primary preservation goal is to house all records appropriately based on their size, format, and composition. Housing enclosures provide physical support and protection as well as a buffer against adverse or fluctuating environmental conditions. Housings also provide a mechanism for organizing and maintaining records in intellectual units that can be easily and safely handled. Factors that are considered when designing housings include the optimum method of accessing, storing, and using the records; stability of all component housing materials; method of fabrication or assembly; and cost.

One example of the cost of such storage is the cost of archival storage boxes. Uline.com is a major supplier of such boxes and other containers. The per unit price of archival boxes depends on quantity ordered but they can cost from $16.70 each for five down to $14.75 each for 50 or more purchased at one time. Archival quality "clamshell" cases such as the ones in the photo below can cost around $10 each with price reductions for quantities. 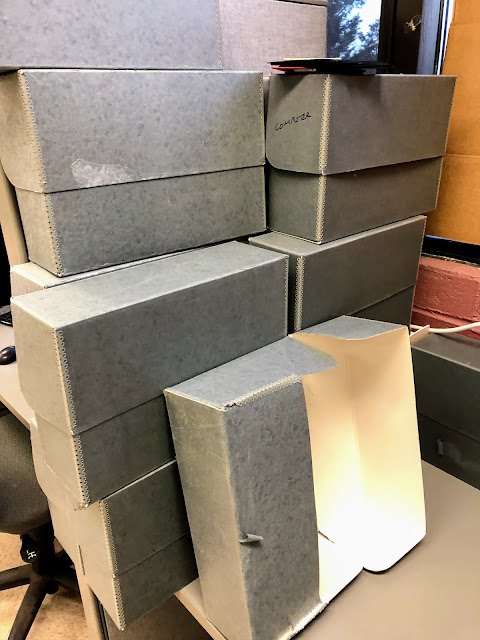 The cost of physical storage depends on your personal attitudes and preferences. It is not uncommon for genealogical collections to be trashed by the heirs of an active genealogist due to simple lack of interest and negligence. Even if the documents are carefully stored, the space that the documents occupy impinges on the living space in any dwelling unit and many people object to the clutter and would rather see the documents thrown away than spend anything on preservation or storage space.

If you have ever wondered why so many old historical records have been lost or destroyed, you should carefully consider this publication from the U.S. National Archives.

This 32-page document explains the major considerations of document storage. In the United States, preservation standards are set by the U.S. Department of Commerce, National Institute of Standards and Technology or NIST. Unfortunately, like many U.S. government websites, the NIST website is huge and difficult to navigate. I suggest using Google searches for specific information including NIST in the search.

Due to the cost of preserving physical, paper documents or even those made of other substances, various methods of preserving the information contained on the documents have been developed. Since about 1938, one common method of preservation has been to use microfilm. However, this method is far outside the ability or consideration of a single, private genealogist. For an idea of the storage and maintenance requirements for preservation of microfilm see the following article.

Although over the years, some genealogists purchased both microfilm rolls and the equipment to view the images, nearly all researchers who depended on microfilmed records traveled to a major repository such as the National Archives or the Family History Library in Salt Lake City, Utah to view microfilm. The cost of acquiring, cataloging, storing, and making microfilm available to researchers is symbolized by The Granite Mountain Records Vault, a complex of tunnels drilled into the side of Little Cottonwood Canyon just outside of Sandy, Utah, a suburb of Salt Lake City. This temperature and humidity controlled vault archives over 2.4 million rolls of microfilm containing billions of records.

Most original paper-based records exist in either a single copy or a few copies. Books and serial publications (magazines, newspapers, journals, etc.) may have multiple copies into the millions, but all of these historical documents suffer from the same issues of acquisition, cataloging, storing, and finally being available for researchers. In the United States, we have vast libraries such as the Library of Congress in Washington, D.C. but a visit to a large library will impress on the researcher the difficulty of maintaining and accessing such huge collections of paper-based documents. Once again, it is almost always necessary for the research to travel to the larger libraries for research opportunities.

The time and effort expended by a researcher are often ignored as a cost of doing research but it is a real and very significant component. Here is a quote from Wikipedia: Digital Camera that tells about the turning point for digitally recording and disseminating records.


The history of the digital camera began with Eugene F. Lally of the Jet Propulsion Laboratory, who was thinking about how to use a mosaic photosensor to capture digital images. His 1960s idea was to take pictures of the planets and stars while travelling through space to give information about the astronauts' position. As with Texas Instruments employee Willis Adcock's film-less camera (US patent 4,057,830) in 1972, the technology had yet to catch up with the concept.

The Cromemco Cyclops was an all-digital camera introduced as a commercial product in 1975. Its design was published as a hobbyist construction project in the February 1975 issue of Popular Electronics magazine, and it used a 32×32 Metal Oxide Semiconductor sensor.

Steven Sasson, an engineer at Eastman Kodak, invented and built the first self-contained electronic camera that used a charge-coupled device image sensor in 1975. Early uses were mainly military and scientific; followed by medical and news applications.

With the next installment, we move into the digital age.

Part One: https://genealogysstar.blogspot.com/2019/06/the-ultimate-digital-preservation-guide.html
Posted by James Tanner at 10:21 AM