Expanded Commentary on the Rules of Genealogy: Rule Eight 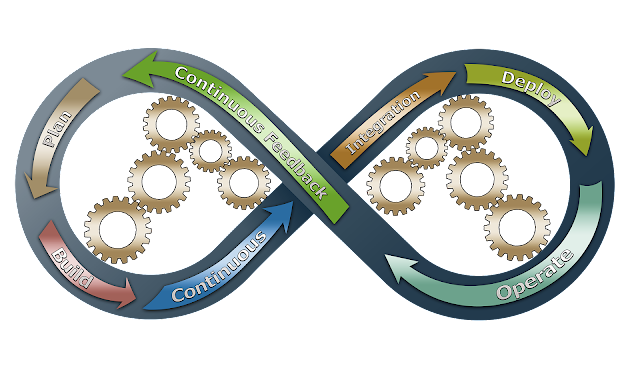 I have slowly been going back to the list of the Rules of Genealogy and writing about each individual rule. There are presently 12 Rules. Here is the current list from my blog post of 19 July 2019.
In this post, I am expanding on Rule Eight: Everything in Genealogy is Connected (butterfly)

We seldom think of genealogy as a process but the image above could have as easily been applied to genealogy as to manufacturing or computer programming. It is also intentional that the symbol for infinity is an eight on its side. Genealogical research is never finished.

You have probably heard of the Butterfly Effect. The flapping of a butterflies wings in one part of the world can cause a hurricane or typhoon in another part of the world. The idea with genealogy is that everyone on the earth is actually related to everyone else. I realize that there are differing views on the subject of the interrelatedness of all of the people on the earth, but the more we hear about deep DNA studies the more likely it seems that we are all related and that everyone has a unique place in the human family tree. For starts, how about this Wikipedia article: "Mitochondrial Eve."

But Rule Eight does not need to rely on speculative DNA testing or controversial religious beliefs, the simple way this Rule works is that we all live in the history of the world. We can trace our own ancestry back and connect through common events with everyone else who ever lived. Rather than DNA, this Rule deals with the idea of Six Degrees of Relation or the fact that all the people in the world are six, or fewer, social connections away from each other.

This Rule has even more implications than those pointing to universal relationships. It also implies that every kind of record has an interconnected relationship with every other record. All categories of records, from census records to vital records and every other category imaginable are all interrelated. This fact is further supported by Rule Four. The first requirement spoken of in the Genealogical Proof Standard is a "reasonably exhaustive research." See the following for an explanation: "Ten-Minute Methodology: “Reasonably Exhaustive”—How Do We Know We’re There?" However, Rule Eight goes well beyond this methodology. Rule Eight includes records that are unreasonably difficult to find. Rule Eight implies that genealogical research is never done. Of course, this point of view is not just difficult for many people to accept it is basically discouraging and in many cases, terrifying.

When we begin to understand that there is no practical end to the records that might be discovered, we also understand that when we discontinue research for any reason, there is always more that could have been done. The "reasonable" standard talked about by those who adhere to the Genealogical Proof Standard, is really just an objective excuse to find a place to stop doing research. I do agree that we must all stop sometime but when we do, we need to realize that we may have a "reasonable" reason for stopping but we have not explored all of the possible relationships, records, or other connections that are theoretically possible.
Posted by James Tanner at 12:02 PM