Expanded Commentary on the Rules of Genealogy: Rule Seven 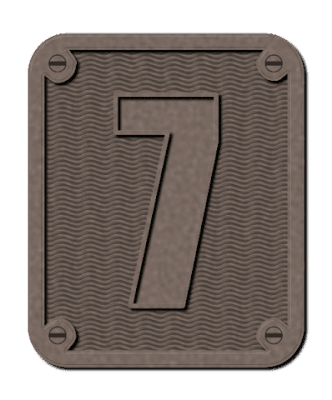 I have slowly been going back to the list of the Rules of Genealogy and writing about each individual rule. There are presently 12 Rules. Here is the current list from my blog post of 19 July 2019.

In this post, I am expanding on Rule Seven: Water and genealogical information flow downhill

To begin, I need to quote from "New Rules Added to the Old: The Rules of Genealogy Revisited" even though this is a repetition.


This is one of the most obvious of this small collection of rules but also the most difficult to understand. However, this rule was not codified until it was introduced by Claude E. Shannon in his paper written in 1948 called, "A Mathematical Theory of Communication." The concept is that of "Information Entropy." Here is a definition from the Wikipedia article, "Entropy (information theory)."

Generally, entropy refers to disorder or uncertainty. Shannon entropy was introduced by Claude E. Shannon in his 1948 paper "A Mathematical Theory of Communication". Shannon entropy provides an absolute limit on the best possible average length of lossless encoding or compression of an information source.

Entropy is a lack of order or predictability and includes a gradual decline into disorder. How does this apply to genealogy? The answer is relatively simple. As all of the events in our lives occur, only certain events are recorded and become "history." Genealogical research is basically the process of discovering, evaluating and re-recording those recorded historical events. However, over time, historical records tend to be lost, i.e. the historical record gradually declines into a state of disorder. At some point, all of the information about a person or event disappears from discoverable historical records. Occasionally, re-recording of the historical information preserves portions well beyond the average, but for most individuals records of their lives cease to exist after a certain period of time. Hence, like water, genealogical information disappears into disorder over time.

If I were going to summarize this principle as it applies to genealogy with a short statement, I would say the following:

Genealogical information and records tend to disappear over time.

Why didn't I just say that for Rule Seven and forget all that stuff about water and hills? Because the idea of the Rules is that I am trying to capture visual images that will remind you of the rule. Very few genealogists or would-be genealogists have a strong background in the history of the areas where their ancestors lived. Some genealogists are familiar with the fire and government neglect that occasioned the loss of the 1890 United States Federal Census or the huge fire that destroyed the 1973 National Personnel Records Center in St. Louis, Missouri but they are not as knowledgeable about other major record loss events such as the 30 June 1922 fire that destroyed the Public Records Office in Dublin, Ireland. See "All Irish genealogical records were destroyed in the 1922 fire': Myth or fact?" What is more important is the realization that less spectacular record loss occurs almost every day around the world.

The availability of historical/genealogical records decreases as you go back in time. For example, before the invention of the movable type printing press in about 1440, from between 500 AD and 1500 AD, only about 17,000 manuscripts were produced in Western Europe. See "Production of Manuscripts and Books from 500 to 1800," Max Roser (2019) - "Books". Published online at OurWorldInData.org. Retrieved from: 'https://ourworldindata.org/books' [Online Resource]. See also my post entitled, "What are the sources before 1550 A.D.?"

Granted, there are records for some individuals that go back much further particularly if your ancestors came from China or other countries with family books almost all genealogical pedigrees of European extraction become speculative in the mid to early 1500s. Most genealogists will be lucky to find records of any of their family lines that date back into the 1500s. Hence, this rule.