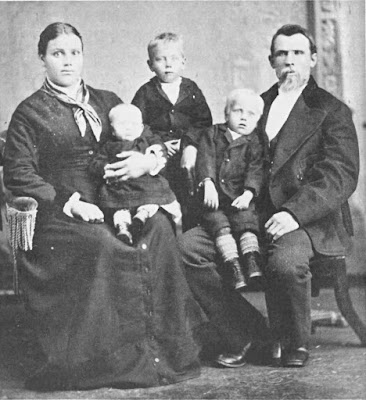 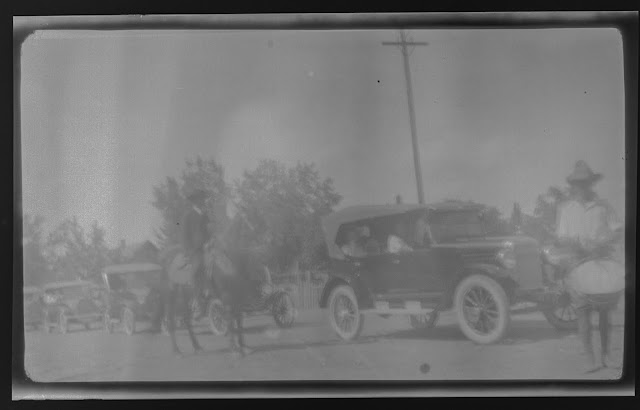 What is wrong with this image? Here is a list of some of the obvious problems:

How much of this was due to the camera? the lens? the photographer? the subject matter? the choice of the subject matter? or all of these issues? Well, from other photos by the same photographer, I know that she can take adequate photos with none of the same problems. But I also know that she was prone to taking photos where the image was not level. This photo could have been of an identifiable subject, but the lack of focus simply makes the photo unusable.

It is not unusual to find yourself in a "once-in-a-lifetime" event or situation. Weddings, births, funerals, birthdays, and many other family events will never occur again and it can be heartbreaking to learn that most (or almost all) of the photos of the event did not turn out well. It is also not unusual for people to spend a considerable amount of money hiring "professional" photographers for wedding events. Historically, these special events photos may be the only ones that ever got taken since cameras were rare and film and development costs were expensive luxuries.

As part of this series, I will be including some of the history of photography and how to recognize the different kinds of historic photographic processes. Except for the historical perspective, I will primarily be writing about using the present equipment, such as smartphones, for taking photos and archiving records and artifacts. There may end up being some overlap with my ongoing series on digital preservation,

I think I should end today's post with a really good photograph from the same photographer who took my bad example above. 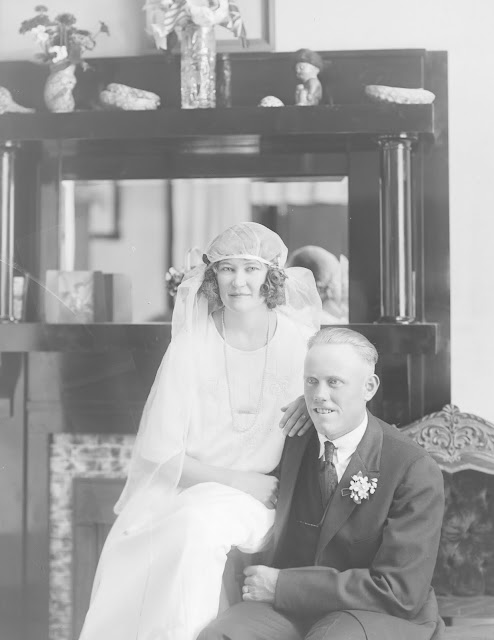 This is a photo of my Grandfather Leroy Parkinson Tanner and his bride my grandmother, Eva Margaret Overson.