Did you know DNA profiles can be faked? 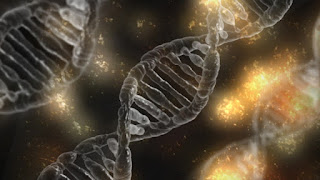 
Over the past twenty years, DNA analysis has revolutionized forensic science, and has become a dominant tool in law enforcement. Today, DNA evidence is key to the conviction or exoneration of suspects of various types of crime, from theft to rape and murder. However, the disturbing possibility that DNA evidence can be faked has been overlooked. It turns out that standard molecular biology techniques such as PCR, molecular cloning, and recently developed whole genome amplification (WGA), enable anyone with basic equipment and know-how to produce practically unlimited amounts of in vitro synthesized (artificial) DNA with any desired genetic profile. This artificial DNA can then be applied to surfaces of objects or incorporated into genuine human tissues and planted in crime scenes. Here we show that the current forensic procedure fails to distinguish between such samples of blood, saliva, and touched surfaces with artificial DNA, and corresponding samples with in vivo generated (natural) DNA. Furthermore, genotyping of both artificial and natural samples with Profiler Plus® yielded full profiles with no anomalies. See Authentication of forensic DNA samples, Frumkin, Dan et al. Forensic Science International: Genetics, Volume 4, Issue 2, 95 - 103

These findings raise a serious issue as to the reliability of DNA testing procedures and the actual use of the DNA collection. For genealogists, the crucial fact is that if someone has access to DNA profile in a database, that person could construct a sample of DNA that matched the profile without obtaining a sample from that person. See the New York Times article, "DNA Evidence Can Be Fabricated, Scientists Show."

It is not too farfetched to imagine a scenario where someone obtains the DNA testing results from a wealthy DNA contributor and tries to prove a relationship for monetary gain. Another scenario could be a criminal who changes his own DNA test sample to avoid capture.

What is far simpler and not easily detectable is for the person submitting a DNA sample to misrepresent his or her identity. The chain of custody of a DNA testing sample for genealogical DNA testing is practically non-existent. There are really no validation procedures that can assure us that the sample submitted comes from the person signing or submitting the sample. Although genealogical DNA testing is considered to highly reliable, there are a few cracks in the facade of invincibility.
Posted by James Tanner at 10:57 AM