How to take better photos for genealogy: Part Two 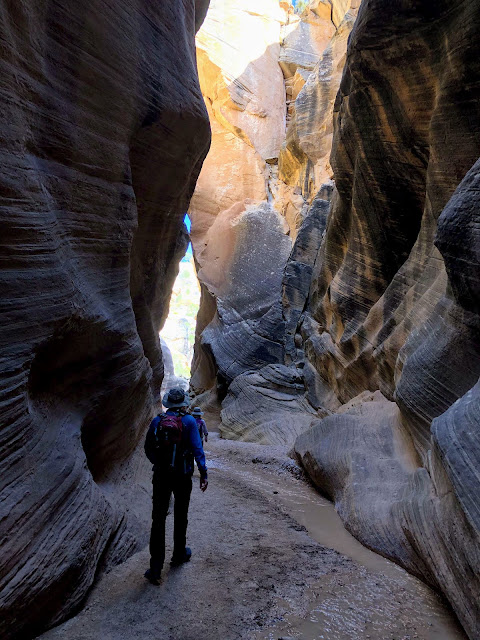 Getting the correct exposure is the first and most important consideration. From a genealogical standpoint, the best exposure shows all the detail with no areas either underexposed or overexposed. Most modern point-and-shoot cameras, as opposed to high-end digital single-lens reflex cameras or the more modern mirrorless cameras, are made to be used with little or no user input. If you were trying to take a photo in a slot canyon, like this one, you would have a very hard time avoiding the same issues illustrated by the above image. Photos taken for purely genealogical purposes, i.e. the preservation of historically and genealogically valuable information, should be as technically proficient as possible. The best way to accomplish this is to take the photos in a controlled environment. This is not to say that the kind of photo shown above does not have its place in the historical context of the event, but that it cannot stand alone without the context coming from a story.

This brings up an important point that distinguishes the art photo from a genealogy photo although in some instances they might be the same thing. Genealogy is history and although a mechanically good photo is preferred, the important part of genealogy is the context of the photo. Here is an example of a really good genealogically important photo. 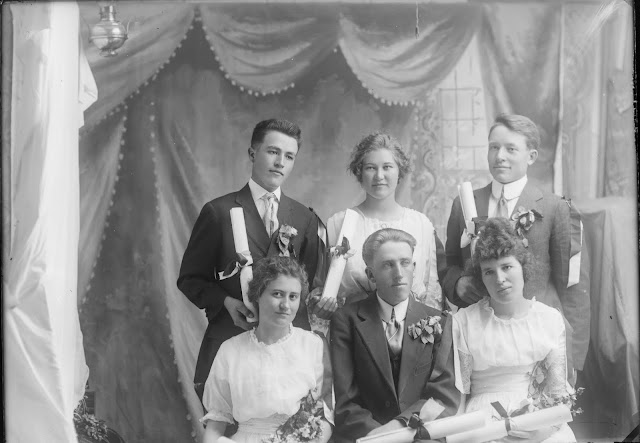 This is a graduation photo from the St. Johns, Arizona Stake Academy class of 1916. The photo was taken in a photographic studio. The names of the individuals are relatively easy to research. My Grandmother, Eva Margaret Overson Tanner, is the student in the middle of the back row. Of course, she was not married at the time this photo was taken. It would be much easier to identify all the people if the identification information accompanied the photo but I was able to find the following newspaper account on MyHeritage.com that identifies all of the graduates. There were six. 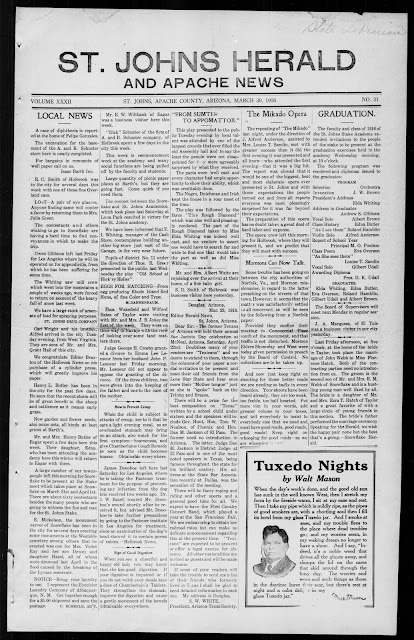 It is very likely that the photo of the newspaper page was taken with a specialized set-up for a camera. The trick with a large format document such as a newspaper page is that the camera has to be absolutely perpendicular to the page and the page needs to be as flat as possible. Sometimes, it is a good idea to use a non-glare glass to flatten the underlying document. Lighting is the big challenge. It is difficult to take a large document photo without some hot spots from lights. That is generally the idea behind using a lightbox. The lightbox is designed to eliminate shadows. I had a picture of a lightbox called the Shotbox in my first installment of this series.

Since the first commercial photographs were taken in the mid-1800s, photographers have developed ways to measure the amount of light reaching the imaging surface whether film or a digital sensor. There are three things that determine the amount of light that reaches the film or sensor: the focal length of the camera or the distance from the lens to the image sensor when the subject is in focus, the aperture or size of the hole where light enters the camera usually represented by an f-stop number, and the shutter speed or the time the shutter is open and letting in light measured in seconds or fractions of a second.

The following is about a technical as this series will get. I do think that everyone taking photos ought to have some rudiments of understanding of the process. For example, concepts such as depth of field and focal length are important for understanding the process of digitizing documents.

On most cameras today the focal length is measured in millimeters (mm). In more technical terms, the focal length of the lens is a calculation of an optical distance from the point where light rays converge to form a sharp image of an object on the image sensor (film or digital sensor) at the focal plane in the camera (where the sensor is located). Focusing the camera is the action of adjusting the focal length so that a sharp image is made on the sensor. So, for example, my Sony camera has a 4.3 mm to a 215 mm zoom lens with a 2.8 mm aperture. Because of the extended distance between the two extremes of focal length, my Sony camera lens has the equivalent of a 50x optical zoom lens. In other words, it will magnify an image up to 50x the original size. Many of the photos I have put online are taken using that camera and the magnification of its telephoto lens.

Here is an example of a photo taken with a high magnification while I was standing at some distance from the flower. 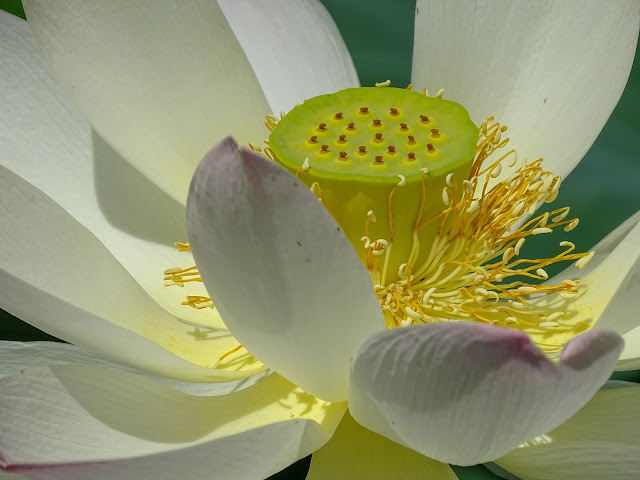 The f-stop is a fraction so the larger the number the smaller the diameter of the aperture. An f-stop of f/2.8 is larger than an f-stop of f/16. The larger the f-stop number the less light enters the camera. With a new digital camera that includes different modes of taking a photograph, the camera can be set on automatic and it will calculate the best ratios for the light conditions. When you go beyond taking automatic photos in a manual mode, you will have to know something about the intensity of the light. In the years before all the electronic technology took over photography, we used to measure the brightness or intensity of the light with a light meter. Now, all that is included in the camera's electronics.

Since the advent of programs such as Adobe Photoshop, photographs that appear to be underexposed or otherwise poorly taken can be "fixed." But there are limits. Photoshop cannot correct an out-of-focus image and in many cases, it also cannot help fix an image that is badly overexposed. From time to time in this series, I will explain more technical terms and issues.

To see some of my images go to Walking Arizona or https://walkingarizona.blogspot.com/
Posted by James Tanner at 7:01 PM