Freedom began with Jenny Slew, A History of the beginning of the end of legal slavery in America: Part Three 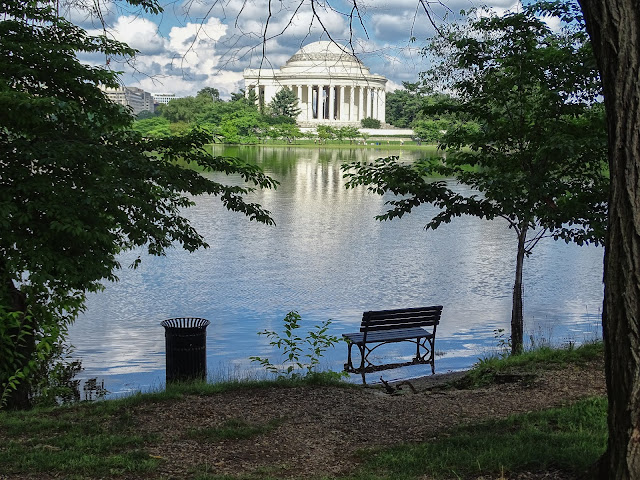 God who gave us life gave us liberty. Can the liberties of a nation be secure when we have removed a conviction that these liberties are the gift of God? Indeed I tremble for my country when I reflect that God is just, that his justice cannot sleep forever. Commerce between master and slave is despotism. Nothing is more certainly written in the book of fate than that these people are to be free. Establish a law for educating the common people. This it is the business of the state and on a general plan.  Thomas Jefferson From the third panel of the Jefferson Memorial.

Just laws are the foundation of civilization. Lawlessness is antipodal to freedom and liberty. The legal definition of "just" is as follows from USLegal.com, "Just Law and Legal Definition."


The literal meaning of the term 'just' is fair, impartial, evenhanded, candid, or reasonable. It can also mean right or fair according to law. The term can be defined in a wider sense to mean ethically, morally and legally correct or right; lawful. Depending upon conformity to or in opposition to law all human actions are either just or unjust. Anything just would be in perfect harmony with the rights of others.

By definition laws that allow people to be enslaved are unjust. See also,

Injustice and oppression have been imposed by unjust laws since ancient times. Chattel slavery existed in England from the Roman occupation. Quoting from the following article:

Rome began as a small agricultural community about fifteen miles off the coast of the Mediterranean Sea, and its earliest inhabitants advocated hard work, determination, and devotion to duty. These qualities gave Rome a core of stability and self-sufficiency that preserved its society and helps to explain its continuity and expansion. For almost two hundred and fifty years it was ruled by a monarchy and its first king was the legendary Romulus. Dionysius of Halicarnassus was a Greek rhetorician and historian who lived and taught in Rome in late 1st Century BC. He wrote a history of Rome from its humble beginnings through to the First Punic War. Dionysius gives information, which suggests that from its very foundation, there were slaves in Rome. It is traditionally accepted that Romulus founded the community in 753 BC and was its first king. (Citing the following: Blair, William. An Enquiry into the State of Slavery amongst the Romans: From the Earliest Period till the Establishment of the Lombards in Italy. Edinburgh, 1833.


Slaves were considered property under Roman law and had no legal personhood. Unlike Roman citizens, they could be subjected to corporal punishment, sexual exploitation (prostitutes were often slaves), torture and summary execution. Over time, however, slaves gained increased legal protection, including the right to file complaints against their masters.

The laws of the United States of America have been borrowed extensively from English law which is based, in part, on Roman law. Many of the important legal precedents arrived at by judges in the United States over the years are derived from and based on case law from the law in England, Scotland, and Wales. It is still entirely proper in the U.S. courts today to cite English law in the absence of specific case law from U.S. courts. It is important to understand that the law in the United States concerning slavery did not arise spontaneously from local conditions. Here is an additional quote from the Wikipedia article on Slavery in ancient Rome:


A major source of slaves had been Roman military expansion during the Republic. The use of former soldiers as slaves led perhaps inevitably to a series of en masse armed rebellions, the Servile Wars, the last of which was led by Spartacus. During the Pax Romana of the early Roman Empire (1st–2nd centuries AD), emphasis was placed on maintaining stability, and the lack of new territorial conquests dried up this supply line of human trafficking. To maintain an enslaved work force, increased legal restrictions on freeing slaves were put into place. Escaped slaves would be hunted down and returned (often for a reward). There were also many cases of poor people selling their children to richer neighbors as slaves in times of hardship.

Why do genealogists need to know any of this? The answer to this question about slavery is measurably less complex than the history of the subject. As I have mentioned previously in this series, if you are not a student of African American history, you are very unlikely to know more about slavery than the highly superficial and highly editorialized version of history that is taught in American high schools and in beginning history courses in colleges and universities. For example, the following 1153 page popular history of the American People only superficially mentions what is most commonly known about slavery and most of what is written deals with the period of time just preceding the U.S. Civil War.