Why Google Matters to Genealogists 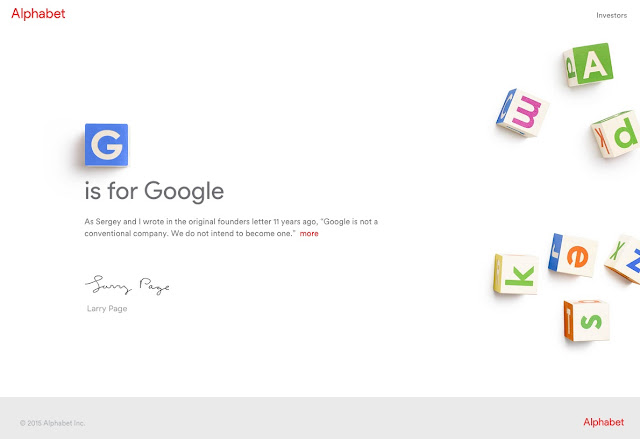 Google, the company, has recently been, once again, in the news. As announced in the Official Google Blog on Monday, August 10, 2015, Google is being reorganized into a new entity called Alphabet (http://abc.xyz). It used to be said in politics, "As Maine goes, so goes the nation." This was said because of the predictive nature of the voting in the Maine primary elections. But to a great extent, much of what goes on around the world today is governed, not by governments, but by the huge multi-national corporations. Google is one of those corporations and so it might be said, "As Google goes, so goes the world."

As a genealogist, I rely on Google.com more than any other program or website. In several cases during the past week, I have found genealogically important information with Google searches. Because of my almost constant use of the program, I am acutely aware of any significant changes in its operation or offerings. If you are not quite so involved in Google searches as I am, I suggest you watch the videos and look at the website, Google, Inside Search. You might be both surprised and amazed at the extent of the features built into Google searches.

If you are at all into the stock market, you will know about "market capitalization." This is defined as market value of a companies outstanding shares of stock or the value of that company on the market. The two most valuable companies in the world are Apple and Google. See BlumbergBusiness, "Google at $400 Billion: A New No. 2 in Market Cap" dated 12 February 2014. By the way, they are still No. 1 and No. 2 today. See Dogsofthedow.com.

Here are some of the books and presentations about using Google as a genealogist:

It looks like from the dates, that it might be time to write my own book on Google and Genealogy. Four years is a lifetime for changes online.