Genealogy as a social phenomenon 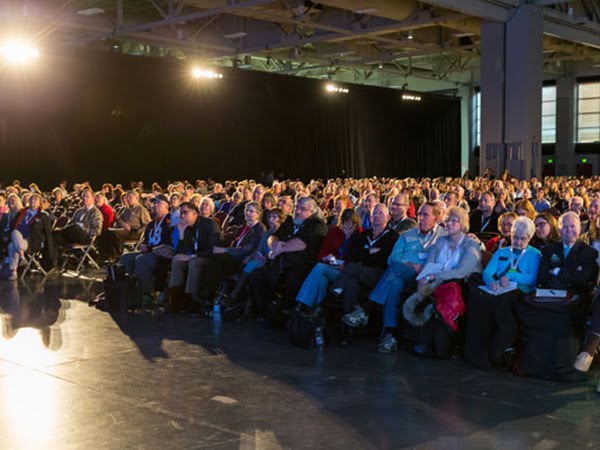 My recent attendance at the very large genealogy conference called RootsTech 2017 gave me pause to reflect on the interesting social consequences of such a gathering. As was expected and as it is commonly perceived, genealogy attracts a decidedly older segment of the population. According to the U.S. Department of Health and Human Services, Administration for Community Living, Administration on Aging concerning the population of the United States:

If we look at this statistic alone, there should be a significant growth potential for an interest in genealogy. Perhaps focusing on youth is a bad marketing decision for those who are investing in the future of genealogy? The assumption that is being made when the genealogical community focuses on youth is that the older genealogist will need to be replaced by younger ones, but the statistical reality is that the pool of potential oldsters is rapidly increasing and there is no expected shortage of old folks to go to huge genealogy conferences and spend their retirement years doing genealogy and spending money on genealogical products. Additionally, the present situation where the "older" population of the United States is relatively electronically unsophisticated will be solved by the simple fact that the aging population will have grown up with computers.

From my own perspective, if I were starting a genealogy-related business today, I would concentrate on making my programs attractive to the mature user. The dichotomy here is that the developers and programmers today are younger and have a socially induced blind spot when it comes to relating to the older population. Here are some more statistics from the Administration on Aging:

You just might want to think this through if you are running a genealogy business. I recall at RootsTech 2017 the long lines of people purchasing DNA testing kits at a reduced price from Ancestry.com. Maybe the huge demand for these "less expensive" kits also says something about the population. It did not appear to me that the lines were unrepresentative of the bulk of those attending the conference.

On Saturday at the Conference, it was "Family Discovery Day." The mixture of the crowd tilted slightly towards younger families with children. However, my observations on the Exhibit Floor were unchanged. The people who were talking to and buying from the vendors were the old folks. The youth really had no reference point to take any interested in what the vendors were selling.

Aren't the genealogically oriented companies ignoring reality? We should be focusing on the 20-year-old+ segment of the population who are going to be the old people of the future.
Posted by James Tanner at 7:34 AM