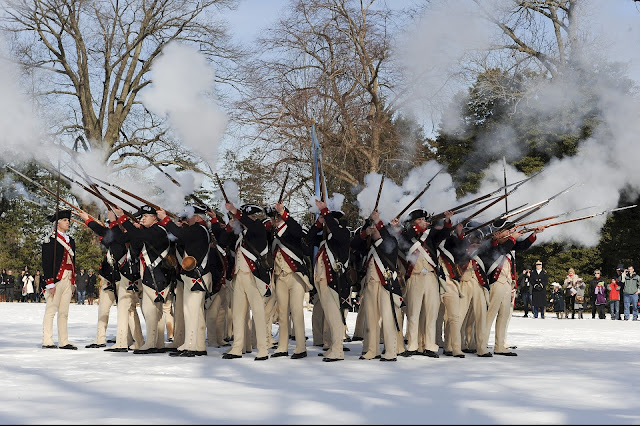 Given the time period and place that the American Revolutionary War took place, of course, you would need to have some potential ancestors that lived in places and times enabling them to participate in the war effort. Over the years that I have been helping people with this type of research, it seems that a significant number of people start with choosing an acknowledged participant in the war such as a signer of the Declaration of Independance, and then try to prove a relationship. This is almost never successful. The most effective way to proceed is to simply do carefully documented and effectively evaluated genealogical research until you have at least one or more solid candidates who may have participated in the war effort.

Logically, you need to find an ancestral candidate who was between the ages of 16 and 40 sometime during the Revolutionary War period from 1775 to approximately 1783. It is possible that someone older or slightly younger could have participated, but this is good rule-of-thumb starting point. You need to remember that the average life expectancy for a male in 1776 was only about 35 or 36 years. See http://www.legacy.com/life-and-death/the-liberty-era.html. So you need to keep this in mind while searching.

Once you have a candidate ancestor, you need to start doing some extensive research into his life history. I use the word "his" advisedly because very, very few women actively participated in the war. Although with the rather expansive definition of the qualifications for participation, it is possible to find a female participant.

The main trap to avoid is the "same name - same person" mistake that is entirely too common in superficial genealogical research. This can happen when researching military records because some records contain only the name of the participant with little external information that would assist in determining if the person named is the target ancestor or not. There is a tendency to immediately adopt someone with the same surname as your ancestor without spending the requisite effort to make the necessary historical connection.

When you get to this point in your genealogical research, you are also ready to start doing some serious and very specific historical background research. As you begin, I would suggest reading a good general history of the Revolutionary War so you have an understanding of what happened. Now, you might decide to skip over the history part of the research, but what is the use of doing all the genealogical research and then ignoring the story and history behind your ancestor's participation in the war effort? The more history you know, the more likely you are to find a connection between your ancestor and the war.

Here are several good history books about the Revolutionary War.

There are hundreds of additional books on the same subject.

The next step is to focus on the time and place of your ancestor's possible participation in the war. Remember, there was a significant portion of the population that opposed the war. These people were called Tories and some of them left the country by returning to England or escaping into Canada. Some Tories ended up being casualties of the war.  If you find that your ancestor was a Tory, you can assume that his or her participation in the war was not on the side of the colonists. In doing historical research, you need to discard your preconceived notions of what happened, especially if your opinion is based on some "traditional" family story. It is always possible that an ancestor's rank in the army jumped a few levels in retelling the story down through the generations.

The key here is to geographically locate events in your ancestor's life. This is a constant theme when doing genealogical research. Records are tied to the location where the events occurred and this is equally as true for birth, death and marriage records as it is for military and other records. Once you have some basic records, you may begin the process of discovering any connection your ancestor may have had to the Revolutionary War in America.

http://genealogysstar.blogspot.com/2017/02/researching-your-revolutionary-war.html
Posted by James Tanner at 4:34 AM