An Update on Photo Editing 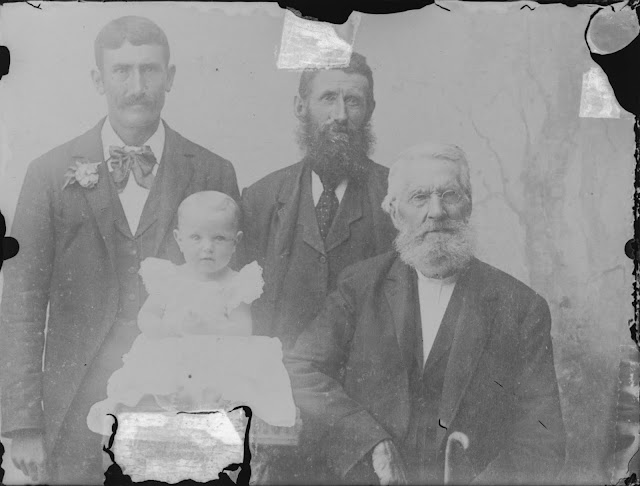 The common practice of "restoring" old photographs has some practical, historical, and ethical considerations. Photo restoration companies use "before" and "after" pictures to show how much an old photo can be improved. Most of the time, when I talk to people about "restoring" a photo, I get little or no negative response. It is practically universal that people would like to see their photos restored. But there is more than one side to this issue.

If you look at the photo above, can you tell what the original photograph looked like? This photo is probably a print from a glass negative. It is possible that a better paper print exists somewhere that may have been made before the damage occurred to the negative. The apparent damage looks like it was present on the glass negative when the print was made. My best guess of the origin of the white spots is that they were from some type of sticky tape used when the glass plate was stored.

From an archival standpoint, it is extremely important to make sure this photo is reproduced or digitized in its present condition. Nothing at all should be done to enhance or modify the original. If you want to "enhance" or edit the photo, always make sure you are using a copy and not the "original." If I were to enhance this photo, there would be no doubt that my efforts would make the photo more pleasing. Ethically, once I make any changes or enhancements of any kind, no matter how minor, the photo is no longer an archival original. It then becomes an interpretation of the original.

Here is an example of what could be done to this photo. I am using Adobe Lightroom to make some minimal changes. 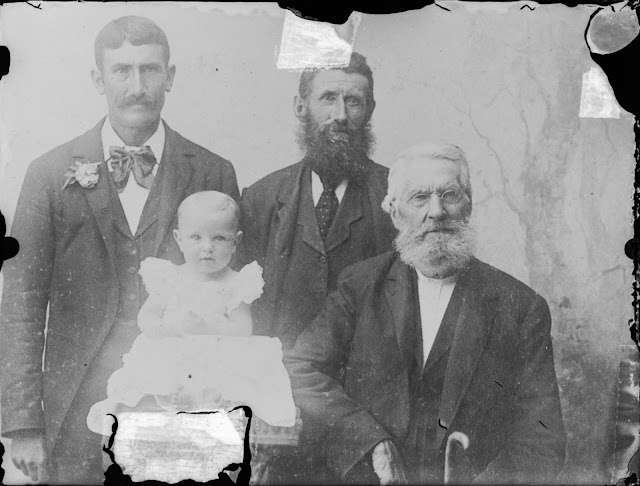 All I did was to increase the contrast which brings out some of the detail that was not visible in the original. There is a good argument that this type of enhancement should be "allowed" as part of the curation process. Here is another copy of the photo with some additional changes. 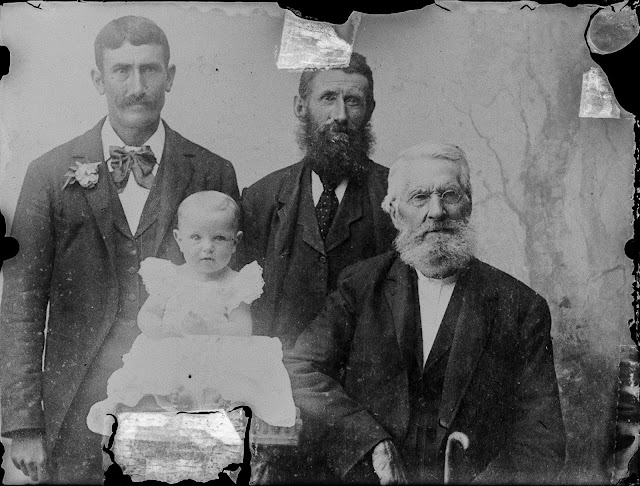 It would not be too much of an argument to suggest that the photo now looks better than the original. One of the main issues with old photos is the condition of the original. If the photograph was bad to begin with. i.e. out of focus or similar problem, it is not likely that Photoshop or Lightroom could fix the problems. But if the basic image is in focus and has moderately good contrast, the tools in the programs can make the photo look a lot better. But remember, the edited photo is not a substitute for the original.

Here is an example of more extreme editing. There is usually an incentive to make the people look better than they did in real life. If you look closely at the photo, you can see that the men's suits look like they are covered in lint. Maybe they actually were. But the inclination is to clean up the suits. After moving the photo over to Photoshop from Lightroom, here is a sample of some of the additional changes. Remember, the question is always what is enhancing the original and what is changing or improving on the original. 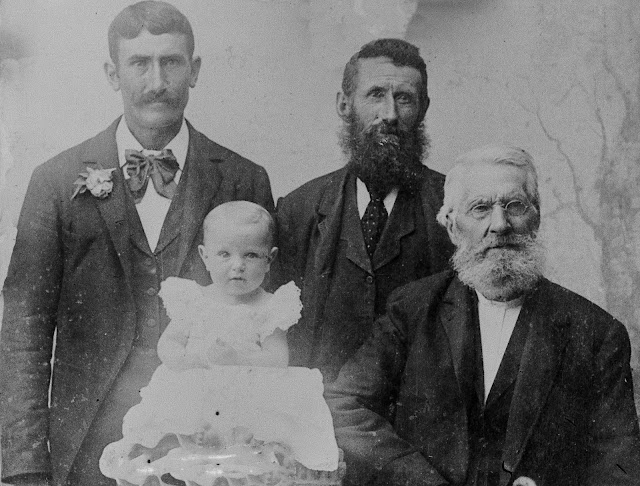 The more work I do on the photo, the "better" it looks. But at some point, the photo is no longer historically accurate and some of the work is mine rather than what was in the original photo. I could do a lot more work on this photo and then it would become my work and not much left of the original.

Most genealogists would not think twice about improving a photo, but it is extremely important to preserve the originals or as close to the originals as possible. Eventually, if changes continue to be made, the photo ceases to be accurate at all.