Who Owns Your DNA? 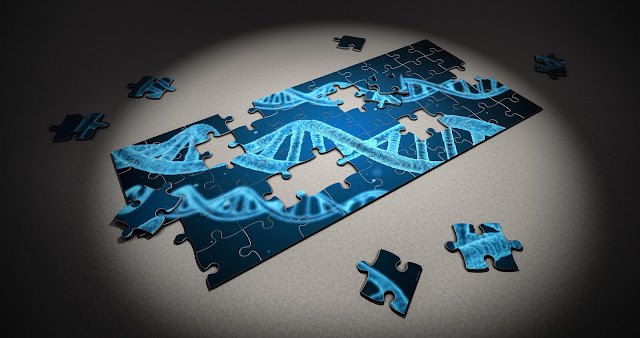 A recent article in the Boston Globe, entitled "Genetic data can track down criminals -- and everyone else," after commenting on the number of DNA tests being conducted by online genealogy companies, contained the following short statement:


This means that we could be entering an era in which it becomes possible to find every rapist, every killer who leaves behind a genetic trace. The technology could usher in the era of mass exonerations. Or it could herald something more sinister — a surveillance state in which your distant relatives’ DNA can testify against you.

If this statement were literally true, then DNA testing would violate the Fifth Amendment. In the case of Maryland v. King, 569 U.S. ___ (2013), the U.S. Supreme Court held as noted and quoted by Wikipedia:


"...when officers make an arrest supported by probable cause to hold for a serious offense and bring the suspect to the station to be detained in custody, taking and analyzing a cheek swab of the arrestee's DNA is, like fingerprinting and photographing, a legitimate police booking procedure that is reasonable under the Fourth Amendment." The majority opinion, written by Justice Anthony Kennedy, described Maryland's law as follows:

Maryland law defines a crime of violence to include murder, rape, first-degree assault, kidnaping, arson, sexual assault, and a variety of other serious crimes. Once taken, a DNA sample may not be processed or placed in a database before the individual is arraigned (unless the individual consents). It is then that a judicial officer ensures that there is probable cause to detain the arrestee on a qualifying serious offense.

If "all qualifying criminal charges are determined to be unsupported by probable cause... the DNA sample shall be immediately destroyed." DNA samples are also destroyed if "a criminal action begun against the individual... does not result in a conviction,... the conviction is finally reversed or vacated and no new trial is permitted "or "the individual is granted an unconditional pardon."

The key unsaid issue here is consent. If the person giving a DNA sample or fingerprints or whatever consents to the disclosure, then the law shifts into a completely different area. Here is a definition of informed consent from the National Institute of Health, U.S. National Library of Medicine, Genetics Home Reference article, "What is informed consent?"


Before a person has a genetic test, it is important that he or she fully understands the testing procedure, the benefits and limitations of the test, and the possible consequences of the test results. The process of educating a person about the test and obtaining permission to carry out testing is called informed consent. "Informed" means that the person has enough information to make an educated decision about testing; "consent" refers to a person's voluntary agreement to have the test done.

Informed consent for genetic testing is generally obtained by a doctor or genetic counselor during an office visit. The healthcare provider will discuss the test and answer any questions. If the person wishes to have the test, he or she will then usually read and sign a consent form.

If you take a genealogical DNA test, you are consenting because you initiated the purchase or obtained the testing kit as a gift or in some other manner and "voluntarily" took the DNA test. In both the medical and criminal justice systems, consent is required to be more formally obtained.

Now, what about the statement quoted above from the Boston Globe? The statement misstates both the circumstances and the use of testimony in a court of law. Yes, there is a substantial difference between DNA testing and fingerprinting. But in one way they are exactly the same. If you have never been fingerprinted, no one can match your prints to those already on file in any database. Likewise, your DNA has to be tested in order to match your DNA to anyone in an existing file. The difference, however, is significant. With DNA tests, you can find people who are your relatives. Fingerprints are just fingerprints. DNA shows relationships.

By the way, that is exactly why genealogists are taking DNA tests; to find relationships. It that is the reason for obtaining a DNA test, then we should not be surprised or alarmed when the test results are used to identify people.

If you are planning on committing a crime, having a DNA test might remind you that you risk discovery and conviction. The fact that a database exists of DNA tests could also be a deterrent. This has nothing to do with privacy. If you give consent for a DNA test that is then incorporated into an online family tree and they are sending you matches, how do you think that your DNA is private?
Think about it.
Posted by James Tanner at 6:09 PM