Can You Prove Anything? 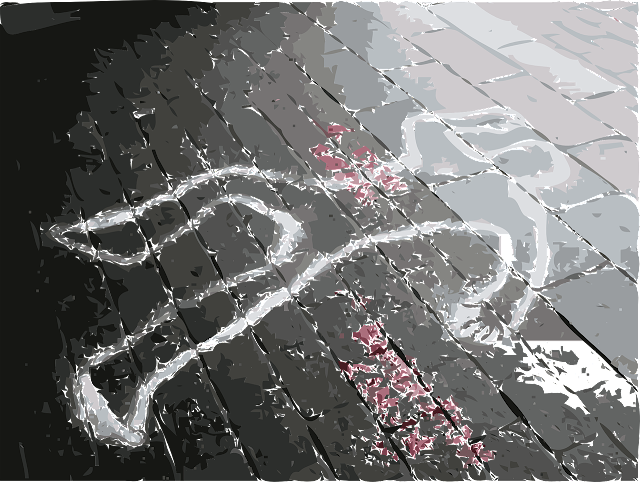 Proof is a complex subject. Some of the most popular programs on TV and the Internet involve "detectives" who investigate crimes, most usually murders of some sort, and "solve" the crime by gathering evidence. More recent such programs have a standard cast of characters who each have special, almost superhuman, characteristics. There also seems to be a need for a "forensics" lab character who is able to do magical things with technology. The bad people are always confronted with the proof of their evil deeds if they are not shot outright and killed.

This tradition of providing proof of wrongdoing goes back into the haze of prehistory. Interestingly, as I have written in past posts, genealogists have carried this conflict based idea of proof over into the world of historical research. Almost uniformly, genealogists are portrayed in their own writing as detectives who are discovering evidence and proving a relationship. Concomitantly, the words evidence, prove, proof, and other words usually associated with courts cases, criminal investigations, and other such activities have permeated genealogical research reports.

We do have another, not so common, use of the concept of proof in science and particularly mathematics.

Of course, as a practicing attorney in the United States court system for many years, I was intimately involved with the concept of proof on an almost daily basis. With the help of my staff, we gathered "evidence" for our client's claims or defense and the presented that evidence in court in an attempt to prove to the judge or jury that our client was correct and the other side was wrong. These were almost always adversarial proceedings where some other attorney or attorneys were opposing our clients' position.

How does all this apply to genealogy? In the past, in an attempt to validate genealogy as a "profession" some very influential lawyer/genealogists have given genealogy a patina of legal jargon. The idea of discovering historical documents and records, recording the information and noting the citations of where those records can be found has, in some instances, into a form of advocacy that involves proof. However, there are no genealogical judges or juries except those that are self-appointed by genealogical entities.

Yet, there are serious and ongoing disagreements between genealogical researchers. On the surface, genealogical research seems to have similarities to scientific, mathematical or legal investigations. We do examine the historical record and try to discover information about our ancestors. This activity has some of the characteristics of detective work and we even use some high-tech tools such as DNA testing. Can we prove our case for an ancestral relationship? Actually, there are more differences than there are similarities. If we can design a DNA test that includes enough individuals from the right lines, we may be able to increase the percentage possibility of a relationship, but unless we are dealing with 1st and 2nd generation relationships, even DNA testing has a measurable degree of uncertainty.

The basic answer to the question in the title of this post is both yes and no. You can believe something because of your own personal experience, but you cannot prove your experience to others unless they are willing to go through the same process you go through to achieve your own certain knowledge. When we are talking about history and historical records, we move into the area of opinion. The degree of believability of your conclusions and opinions is based entirely on the arguments you develop based on the historical records you can use to support your claims. Historical (i.e. genealogical) research is not amenable to the scientific method. I cannot give you a set of steps that you can use to be convinced that I am right in my conclusions. Although, I may be very persuasive and you may believe me. There is always a possibility that one more record will change my opinion.

Conviction or belief is not the same as proof. I may have a strong religious or philosophical belief or conviction in the truth of some fact. Which by the way, I do. But that does not extend to my conclusions derived from historical records. Because of my personal religious beliefs, I do happen to believe in Divine intervention and modern revelation, and as a genealogist, I may feel prompted to find a record or look for an individual, but ultimately, I have to find some historical record or document to support my conclusion of a relationship or depend on a structured and research supported DNA test. As members of The Church of Jesus Christ of Latter-day Saints, we believe that life continues after death. See "The Postmortal Spirit World." I personally believe that my deceased relatives, under special circumstances, could intervene in my genealogical research. But this is not the basis for claiming proof of any relationship. I must still do the work of connecting the families with historical research.

Whatever your philosophical or religious beliefs, as a genealogist we base our conclusions on historical documents and records. When we speak of proof, we are merely expressing our belief or opinion.
Posted by James Tanner at 2:45 PM