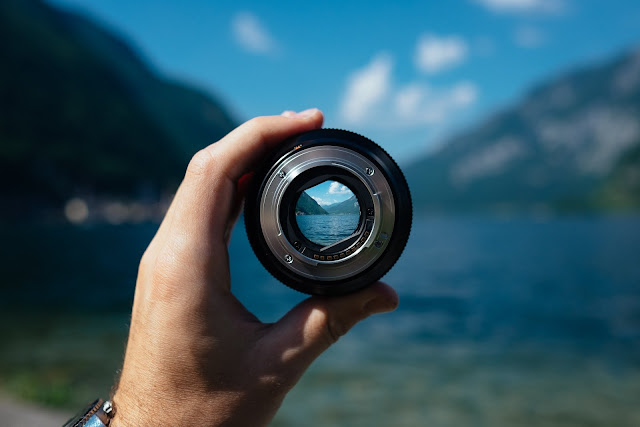 While working in the Maryland State Archives digitizing probate records for FamilySearch, we became acutely aware of the need to have the images properly focused. The software we used to digitize the records automatically gave a warning signal on the computer processing the images when the images were out of focus. Essentially, even with taking thousands of images, we had to be aware of the focus for every image.

Unfortunately, if you are using your own camera to copy documents for preservation, you will not have a program that will tell you that your images are out of focus. The only remedy is to review your images before you move on in your next project. Obviously, now that we have returned to our home in Utah, we will not have the opportunity to go back and retake images in Annapolis, Maryland. This can also happen with individuals when they take photos in cemeteries or other locations where returning to retake an out of focus image might not be possible.

The title of this post says, "Focus, Focus, Focus." This means focus on the need for preservation. Focus on the act of preservation and focus on reviewing and immediately correcting any errors in making the digital images. The three most common problems when making a photograph are out of focus images, movement of the camera, and having the camera tilted at the wrong angle cutting off part of the intended image. Adobe Photoshop or some other photo editing program cannot resolve these particular image issues. No matter how careful you are, you will always have a small percentage of your photos that fall into one of these categories. It is tragic when the exact information you are trying to preserve is lost to poor camera practices.

A camera is essentially a box with a light-sensitive device and a way to save an image. Historically, various types of light-sensitive film, usually based on silver nitrate or similar chemicals were used to record the image. Today, photographs are made with electronic sensors. You can read a good introduction to digital camera sensors here: "Demystifying digital camera sensors once and for all."
The quality of the images captured by any particular camera depends primarily on the quality of the lens system. You can make a photographic image without a lens using light-sensitive film and a pinhole camera. See "Build Your Own Pinhole Camera." Once you see how simple a camera can actually be, you start to understand that there is a lot more to making good photographs than simply buying or making a camera.

Currently, the advertisements for cameras focus on the number of Megapixels and the other electronic add-ons such as image stabilization. Think about it, to repeat, the quality of the image depends primarily on the quality of the lens. The lens is the light gathering part of the camera. The light to form an image has to pass through the lens on its way to the sensor. No matter how high your Megapixel count, if your lens is poor, your photographs will be of poor quality. The major camera manufacturers recognize this fact and sell up to three levels of lens quality. For example, you can buy an inexpensive Canon 50mm lens for under $50 but the top-level quality 50mm L system lens from Canon is around $1,400. In this case, you are not just paying for a fancy name, you are actually getting a higher quality lens. You can buy a number of good quality third party 50mm lenses for less than the price of the Canon L-series lenses, but the cheaper lenses simply lack the quality of the more expensive products.

So what is focus? A camera is in focus when the image is as sharp as it possible on the film or sensor. The factors that affect focus include the quality of the lens, the movement of the camera, the physical distance (adjustable) of the lens from the sensor and the degree of resolution of the sensor or film.

If you are taking photos of documents or a series of other items, you should put your camera on a stand or a fixed tripod so that the distance from the object (document) to the sensor does not change for every photo. If you are trying to shoot photos by holding the camera, you should try to stay as near as possible to the same distance for every photo. But with hand-held photos, you are very likely to have camera movement that will also cause some or all of the photos to be unusable.

The amount of light needed by the camera to make an image depends, in part, on the size of the lens. The size of a lens or its light gathering ability is usually expressed by an "f-stop" number. The smaller the number the more light it gathers. Lenses with low f-stop numbers are considered to be "faster" than smaller lenses, that is, that they can gather more light at faster shutter speeds. For example, an f1.8 is faster than one with an f-stop of f2.8. The second factor determining how much light reaches the sensor is the speed of the shutter. The shutter opens and closes when you push the button to take a photo. With some cameras, you can also connect the camera to a computer and click the shutter with software controlling the camera. Obviously, the faster the shutter speed, the less light reaches the sensor. On some cameras, the shutter speed is adjusted automatically along with the f-stop. Some cameras allow the operator to manually adjust all of the functions of the camera or allow the camera's program to make those adjustments.

All camera lenses focus only at a certain distance range from the sensor called the depth of field. The size of the depth of field varies with the f-stop. Low f-stop numbers have a very narrow or limited depth of field or focus. At any given f-stop, there will be a part of the image that is out-of-focus either because it is too close to the sensor or too far away. Most camera lenses will focus on "infinity" and everything past a certain distance from the sensor (sometimes inches and sometimes feet or even yards) will be "in focus." However, when you are using a camera to photograph documents or artifacts you need to make sure that the object being imaged is at the right distance from the lens that the entire object is in focus. This is not really much of an issue with flat paper but books and other three dimensional objects may be partially out of focus. There are now some cameras that will take a series of photos at different focal lengths and put them all together into a completely focused image, but this function is still not generally available. See "Extended Depth of Field Camera."

Learning how to set the f-stop and what shutter speed to use with different lenses is part of the complicated art of making good photos. However, unless the photo is ruined by one of the focus/movement issues, almost all the other issues can be corrected using a program such as Adobe Photoshop.