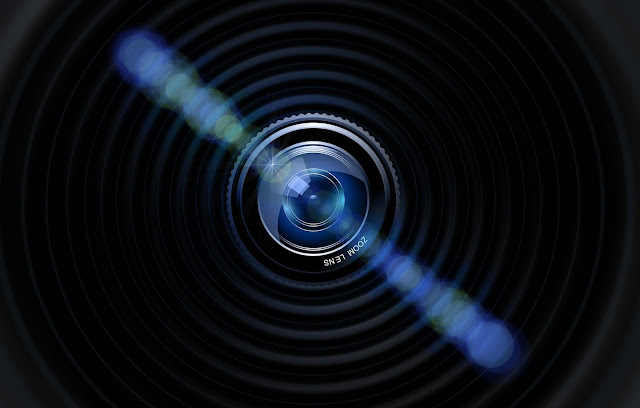 A physical duplication process such as photocopies, printed books, actual physical photographs, etc. is called an analog process. For example, if I make a recording on tape, that is an analog process. Each analog copy is a unique physical representation of the original. If a book is printed and then reprinted with thousands or even millions of copies, it is unlikely that such a book will disappear. However, as I found out, several of my old paperback books purchased when I was a teenager simply disintegrated from the acid in the paper. The cost of making a replica of a historically valuable object or preserving a valuable document can be considerable. An example of the cost of preservation of physical objects is the efforts taken to preserve copies of the founding documents of the United States of America including the Declaration of Independence. See "The Science of Saving the Declaration of Independence."

If a unique physical object (analog) is lost or destroyed, it is gone and cannot be reproduced. Internationally, vast museums have been established to protect and preserve our cultural heritage.

A digital copy is created electronically by the use of a sensor that converts light waves into electrical impulses. The resolution of the image is determined by the number of discrete sensor elements generally referred to as pixels. Long before computers were invented, photographers and painters realized that the amount of detail in a photograph or painting depended on the physical size of the photographic grains or picture elements. Hence, there were painters who were called pointillists who painted with dots. Here is a small part of a painting by Georges Seurat (1859-1891) showing the dots.

Close up, the image appears rough and lacking in detail but viewed from a distance, the resolution of your eye blends the dots into a recognizable image.

The images can then be stored electronically and viewed using a display device that converts the electrical impulses back into visible light. In the very short time that the digital copy process (digital photography) has been available, the number of digital images has grown unimaginably quickly. Granted making a digital copy of a document or other physical object is still a physical copy and not the original but if a document is originally digitally created, there really is no "original" as such because each digital copy can be exactly the same as the original.

Over the years that I worked as a trial attorney in Arizona, I saw the transformation from physical copies to digital copies dramatically illustrated in court rules and procedures. When I first started to practice law, it a document was in dispute in a court case, such as a deed or contract, the "original" physical signed copy had to be produced in court as evidence. As attorneys, we spent a lot of time and money obtaining "certified copies" of documents that could not be produced. We also had to go through an elaborate procedure at trial to lay a foundation through testimony from witnesses as to the validity of the original before it could be accepted as evidence. Over time, the court rules changed and eventually, any photocopy of an original was accepted with a minimum of testimony. Today, all the pleadings filed in a court case in Maricopa County, Arizona (the county where Phoenix is located) are done electronically. This shift on the court rules is fairly uniform across all the jurisdictions in the United States.

Notwithstanding this dramatic shift in the legal requirements for "original documents" many people still think that there is something wrong with accepting a digitized copy of a document. They also confuse the preservation of an actual physical document with the preservation of the information contained within the document. In addition, people obsess with the idea that an electronic document can be lost instantly. They forget that a fire, a shredder or a garbage bin can effectively destroy any physical document just as effectively. What is missing is the need for a clear understanding of what is meant by document preservation for both physical and electronic documents.

A classic example of this access issue is epitomized by the United States National Archives and Records Administration. The U.S. National Archives houses billions of paper documents located in the main archive storage areas around Washington, D.C. and in branch archives around the United States. Only a vanishing small percentage of these documents have been digitized. The bulk of the paper sits in huge storage facilities. Obtaining access to this stored information is nearly impossible for nearly all researchers other than those who dedicate years of their life to working in the Archives doing research. Here is an example of this issue from the National Archives' website.

Here is the U.S. Archives and Records Administration statement on Accessibility.

What is missing from this statement on accessibility is the fact that nearly all the records referred to are only a small part of the rest of the documents that are not on microfilm or digitized on their website. If you dig into the website you will find that there are proportionately few U.S. Archive records that are reasonably accessible by anyone except very experienced and persistent researchers.

The same problem exists with small personal collections of records.  By this, I mean the collections of family records that many genealogists have in their storage areas such as a basement or garage. Not only are these records in danger of loss they are also totally inaccessible.

What is the solution? Well, that is the reason I am writing this series. I will get back to this ultimate question in subsequent posts. But the basic start to resolving these issues is to begin digitizing your own records; every single document, photo, and artifact that you possess. Start now. Do it.

See the previous posts in this series here: