Genealogy and Genealogical Records in India 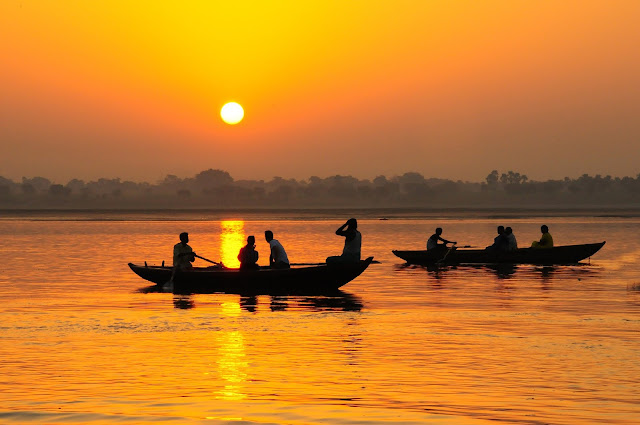 From time to time I get inquiries about genealogical research in India. Yes, there are some records available online, but no they are not particularly easy to access and compared to the approximately 1.37 billion people who live in India, there are relatively few genealogical records that are easily accessible online. FamilySearch.org has some records but compared to the total population of the country, the coverage is not extensive. You can see a list of the available records from FamilySearch for the entire country on the FamilySearch.org India page.

Most of the records available on FamilySearch for India are in the Catalog but do not show up in the indexed historical records and are available only as images. There are hundreds of records listed in the FamilySearch Catalog and they are summarized on the India page shown in the image above. Some of these materials that are available are only accessible while in the Family History Library in Salt Lake City, Utah. You will also find that most of the records are images only and that there are no translations so unless you can read the script and know the language, they will be of little assistance. Here is an example.

There are a few records on Ancestry.com, but these are mainly records of the English occupation of India. The Ancestry.com catalog presently shows 21 collections but many of these collections are general and not specific to India. There are also relatively few records on MyHeritage.com but a search for India in the MyHeritage family trees shows over 700,000 entries.  It is entirely possible that you could connect to a relative in India using MyHeritage.com.

Here is a screenshot of the Ancestry.com page for India: 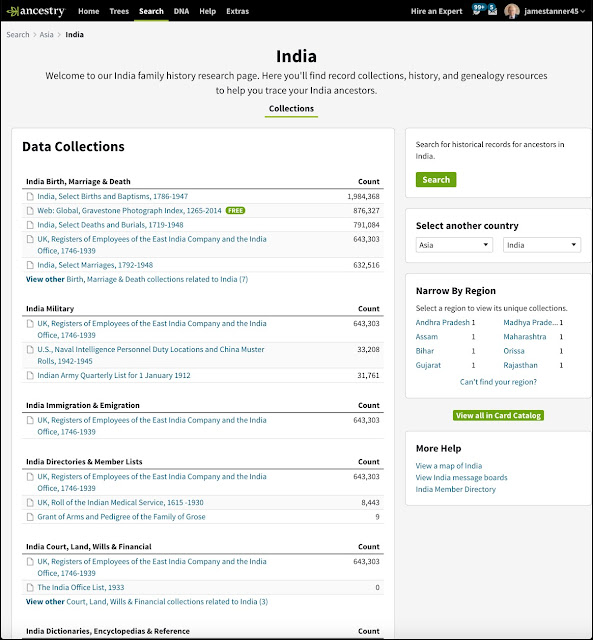 If you look at the population of India and then look at the number of records in the collections, you can see that the coverage is very small. Probably, the best place to start is with the FamilySearch.org Research Wiki for India Genealogy.

You will find that many of the records listed for India are actually from the British occupation but it is profitable to start looking at all the resources available as listed in the Research Wiki. You can also start doing a general online search for India genealogical records or India genealogy and find a number of entries. While searching for genealogical records, you will soon discover that many of the references will lead you to the British occupation of India.

One place to start looking for records from India is the National Archives of India.

There are also some online records from the National Archives of India.

This website includes a link to a "5 Step User Guide." Here is a screenshot from the guide.

The Guide can be downloaded.

The BBC ran part of a series on "Tracing your Asian roots on the Indian subcontinent." Quoting from that website:


Before The National Archives were set up in India, there was a system of keeping manuscript records which were created by Hindu rulers, sultans, Mughal and other Muslim rulers.

Records may be available in the form of palm leaf, bark, parchment, silk, leather and cloth manuscripts. Records created by the Indian local rulers, Hindu temples, Islamic shrines, gurdwaras, and waqf authorities (the Charitable Islamic Trust) may be kept at the local state libraries, museums and relevant State Archives.

These documents can give a certain degree of family history information on elite families and higher-ranking officials who served the local rulers.

The BBC article cited above is helpful in outlining where other records may be available.

There is an IndiaGenWeb page that can also link you to some resources.

You can explore more from this page but the links become rather circular.

There are additional possible resources on Wikipedia.org although the references will link you to other websites. There are quite a few records from British India, see "Online Databases & Records for Research in British India." Many of these British records are also available on FindMyPast.com.
Posted by James Tanner at 6:50 AM