Why I would attend a genealogy conference 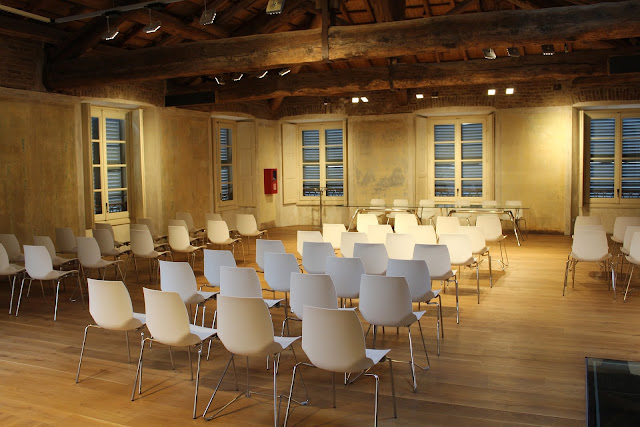 I am writing this while attending the MyHeritage LIVE Conference in Amsterdam, the Netherlands. When all of the sessions of the MyHeritage LIVE Conference are streamed live and will also be available online after the conference, you may wonder why we would come to a conference? Over the past few years, many genealogy conferences, both large and small, have migrated to posting either live broadcasts of their conference or selected portions. The idea is to make the conference available to a larger audience but in some cases, the online availability impacts the overall attendance at the conference. In response, some conference organizers are now moving to a fee-based online access and are even holding entirely virtual conferences.

The cost of attending a major genealogy (or any other type of conference) can be considerable when you include the charge for the event, the cost of travel and accommodation and the extra costs always associated with travel. In addition, despite years of promoting genealogy to younger target audiences, those who are interested in attending a genealogy conference are still much older than the average age of any country's general population and despite interest, age is a factor in actual physical attendance.

The MyHeritage LIVE Conference is a "user" conference aimed specifically at a known group of the website's advocates and supporters. Those attending the conference specifically wanted to be there and were well aware of the cost of attendance. The attendees came from more than 20 different countries. Because they all shared a common interest, there was considerable interaction at a number of different levels between the participants. The internet broadcast of the conference merely increased the total attendance into the tens of thousands many of whom will plan on attending the next year's conference which was announced to be held in Israel.

The real reason conferences are still relevant in the internet world is the advantage of person-to-person contact such as took place at the MyHeritage LIVE Conference. Of course, I was invited to present at the conference but the advantages of being here in person far outweigh any excuses you can think of for not attending including the availability of the conference presentations online. Being here in person is vastly different than listening online.

Now, does the MyHeritage experience apply to general interest conferences organized around a membership organization? Some of the incentives for attendance are the same. Personal interaction is always a better experience than sitting at home and listening to a broadcast. But without the incentive of a specific common interest such as a user group other than the general common interest of genealogy as a subject, can conferences survive in the world of instant communication?

One major consideration for the conference organizers is the cost of the event. In the past, the number of paid participants attending a conference could balance the out of pocket costs of the sponsor. I am certain that some major conferences such as the Consumer Electronics Show can garner enough interest to offset the production cost. But I am also convinced that many of the conferences without the industry draw of the Consumer Electronics Show will continue to disappear. This prediction applies specifically to general interest genealogy conferences. The assumed general interest of the world's population in family history and genealogy does not translate well into conference attendance. Likewise, the draw of having a schedule of presentations by relatively unknown individuals when their presentations are available online is not going to increase attendance.

One factor for larger conferences is the continued participation of vendors. A major part of the income from large conferences come from the fees paid by vendors to have a booth on the exhibit floor. If attendance drops, the vendors sell less and soon decide that that cost of the conference is not worth the number of sales.

The reality of general interest conferences, both large and small, is that the sponsoring organizations will be forced to subsidize their conferences in larger measure and realize that paid attendance is not going to cover a significant portion of the overall cost of the conference. Hence, the idea of a "virtual" conference thereby dramatically cutting down the overhead becomes attractive, becomes attractive. Will those who are involved in genealogy pay to attend a virtual conference? Perhaps. However, the vendors at those conferences will not be so eager to subsidize the conference if they do not see an economic advantage to doing so.

So the issue of whether or not large general-interest genealogy conferences will continue to be held is going to be determined, to a great extent, by whether or not the sponsors want to continue subsidizing the conferences simply for the purpose of keeping them going. In the not too distant past, several long-standing genealogy conferences have been discontinued or reduced in frequency and this trend is very likely to continue.
Posted by James Tanner at 8:53 AM